You may not know it yet, but the world is in the middle of a new-age space race. 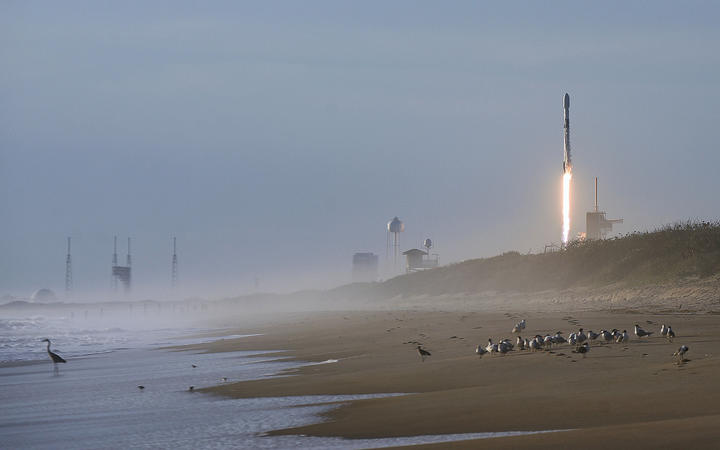 A SpaceX Falcon 9 rocket carrying 60 Starlink satellites forms a vapour cone after launching from pad 39A at the Kennedy Space Centre in Florida in March. Photo: AFP

There has been an explosion in the volume of technology being launched into orbit that is unlike anything ever seen in the era of humans in space.

In the last five years alone, almost a quarter of all objects ever sent into space were launched.

But unlike at the dawn of the space era, when the superpower nations of the Soviet Union and the United States raced to the Moon, this time it's billionaires fighting for profits in orbit.

This weekend, Elon Musk's SpaceX is scheduled to launch another 57 of its satellites into space. The launch is part of a decade-long Starlink mission to build a 12,000-strong mega-constellation to provide low-latency, high-speed internet to remote regions on Earth. 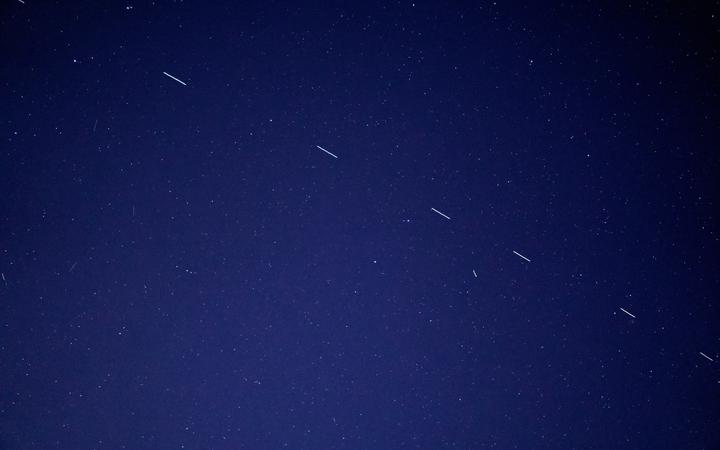 The Starlink 3 train rides across the early morning sky, accompanied by a handful of other satellites. Photo: Unsplash / Forest Katsch

But SpaceX is just one company in the game. There are forecasts that by 2030, as many as 57,000 new satellites could be jostling for an orbital position.

With so many new operators in space and even more satellites, there are fears that entire orbits could be rendered unusable as the risk of satellite collisions increases.

Such dire warnings about the future of our orbits above make it hard to believe that just 60 years ago, humans had no presence in space.

Before that, we'd never seen what Earth looked like from beyond the atmosphere, let alone set foot on the surface of the Moon.

So on 4 October, 1957, when the Soviet Union launched humankind's first satellite, it began a chapter in history that revolutionised our understanding of the world we live on.

Sputnik 1 - launched from the Baikonur Cosmodrome - was just 58 centimetres in diameter.

Compared to the capabilities of modern satellites it wasn't much, but the arrival of this human-made object into orbit sent shockwaves around the world.

"The US fully expected that it would be the [first into space] and then suddenly, bam, there's Sputnik 1," said space archaeologist and historian Dr Alice Gorman.

"So you have this shock reaction that the Cold War is being lost by this one object. But there's also tremendous excitement across the world. People just were awed and in wonder that it was possible for humans to enter space." 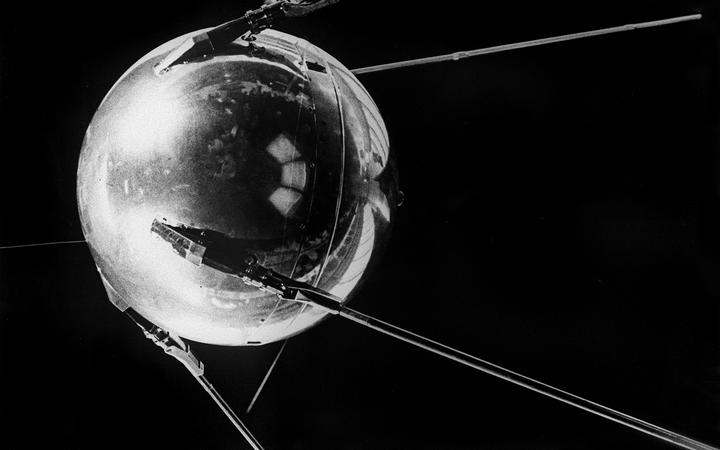 A picture of the world's first artificial satellite Sputnik I, launched by the Soviet Union from the Baikonur cosmodrome in Kazakhstan, 04 October 1957. Photo: AFP

What followed was a space race - a technological joust between the Soviet Union and the US that led to huge leaps in the development of satellite technology.

From the first weather satellite, Vanguard 2, and the first image of Earth taken from the US Explorer 6 in 1959. And in 1962, the first communications satellite. Telstar was responsible for the first publicly available satellite television when it beamed live across the Atlantic Ocean.

NASA's Landsat 1 a decade later was the first satellite launched for the sole purpose of monitoring change on Earth.

And the Hubble Space Telescope, which allowed scientists to see deep into space without the atmosphere clouding the view.

Today, space above is a sea of thousands of active and decommissioned satellites. Since the launch of Sputnik, United Nations data shows there have been more than 9600 objects launched into space.

That flood of technology has silently changed the way we live on Earth and you may not have even noticed.

Think about those weather images you see on the news or your phone's weather app. They're captured and relayed from a satellite that's about 35,786 kilometres above the earth's equator in what's known as the geostationary orbit.

At this distance, satellites can maintain an orbit fixed above a location on Earth, making it perfect for monitoring evolving weather systems.

About 20,000 kilometres away is Medium Earth Orbit. In Australia, when you use your phone for directions, the device is receiving data from a satellite constellation known as the Global Positioning System - a network of more than 24 satellites operated by the US Space Force.

Based on where you are compared to the closest satellites in this constellation, you can pinpoint your location to within centimetres and can even work out your altitude.

Thousands of kilometres closer to our surface is Low Earth Orbit.

Fleets of Earth Observation satellites operate here, capturing minute changes on Earth. It's also home to the International Space Station and Hubble and it's where companies like SpaceX plan to send their mega-constellations.

Unlike in geostationary orbit, satellites here don't have to be fixed above the equator. That, combined with the fact that it's the cheapest orbit to get to, means it is the most congested of all orbits.

More than 70 percent of all 2600 active satellites are in LEO, data published by the Union of Concerned Scientists (UCS) shows, and it's only getting busier.

"What we're seeing now is a shift from a legacy era of satellite manufacturing and development where you had very high-cost satellites that sometimes would cost up to a billion dollars, to an era of nano-tech cubes that cost more like a million dollars in some cases," said Lisa Parks, author of Cultures in Orbit: Satellites and the Televisual.

Professor Parks said the change was largely being driven by Silicon Valley investments.

Satellites are cheaper and smaller than they have ever been.

On top of that, the cost of launching a satellite has also become cheaper.

For countries like Australia, which can piggyback satellites onto these cheaper launches, it has opened up space like never before.

"The game has changed and if you pick your areas correctly, Australia could actually be leading the game," said Professor Anna Moore, the director of the Australian National University's Institute of Space.

But for all its benefits, this flood of technology is also creating one huge problem. The orbits above, in particular Low Earth Orbit, are more cluttered than they have ever been.

Elon Musk's SpaceX has approval to launch more than 12,000 communications satellites into Low Earth Orbit as part of its Starlink mission. 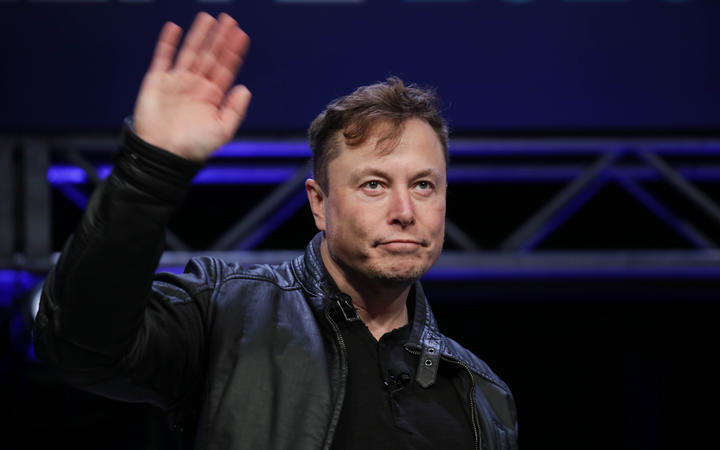 The company has applied for approval for another 30,000 satellites in its mega-constellation.

Just last week, Jeff Bezos' e-commerce giant Amazon received approval from the US Federal Communications Commission (FCC) to launch more than 3000 satellites into LEO, for its own satellite internet network.

For its part, SpaceX says its Starlink fleet meets or exceeds "all regulatory and industry standards". It says most of the satellites will use an onboard propulsion system to deorbit at the end of their lifespans.

"In the unlikely event the propulsion system becomes inoperable, the satellites will burn up in Earth's atmosphere within one-five years, significantly less than the hundreds or thousands of years required at higher altitudes," the company said on its website.

Despite those reassurances, the chorus of concerned voices continues to grow louder over the congestion in orbit.

While many of those satellites will descend back into the atmosphere at the end of their lifespan without issue, the chorus of concerned voices continues to grow louder over the congestion in orbit.

Not only does this increased traffic make astronomy more difficult, it greatly increases the risk of collisions between satellites.

Crashes in space are not only extremely costly, but they also leave behind huge amounts of orbital debris that can hurtle through orbit at incredible speeds for thousands of years in some cases.

The oldest zombie satellite still in orbit is Vanguard-1, which was launched by the US in 1958.

The problem with space junk

"Space junk is a big problem now, after 60 years of humans flinging spacecraft into the sky with not enough thought about the long-term consequences," said Dr Gorman, a space debris expert.

"It's going to become an even bigger problem as massive constellations like Starlink are launched."

Late last year, the European Space Agency revealed it had to manoeuvre one of its satellites to avoid a collision with one of Elon Musk's Starlink fleet.

The latest data from the US Space Surveillance Network (SSN), which tracks artificial objects orbiting Earth, shows there are almost 21,000 objects bigger than 10cm in diameter currently circling above us.

That includes both active and decommissioned satellites, rocket fragments and even pieces of satellite that have broken up in orbit.

Almost 10 percent of all space junk tracked by the SSN came from one single event. In 2007, China launched what is known as a kinetic kill vehicle at its old weather satellite Fengyun-1C, as part of a test of its anti-satellite missile system.

The destruction of the satellite created more than 2000 pieces of trackable debris, which remain in orbit more than a decade later.

Two years later, a Russian satellite that had been decommissioned but left in orbit smashed into an active US communications satellite. It was the first time two satellites in orbit had accidentally collided. More than a decade later, over 1000 pieces of debris are still being tracked.

"All it needs is a couple of catastrophic collisions or more destructive anti-satellite tests and suddenly we're in the territory predicted by Donald Kessler and Burton Cour-Palais in the 1970s, where it will no longer be possible to use certain regions of space," Dr Gorman said.

NASA scientist Donald Kessler proposed that once the level of debris reached a critical mass in orbit, the cascading effect of debris colliding with debris would mean that junk levels would continue to rise even if no new satellites were launched. This theory is now known as the Kessler Syndrome.

To prevent that from happening, regulatory bodies like the US FCC have bolstered regulations about what can be launched into space.

Scientists and businesses across the globe - including some in Australia - are also racing to find ways to remove debris from orbit. Last year, researchers showed off a satellite designed to harpoon debris mid-orbit.

Australian company EOS Space Systems has been investigating ways to use photon pressure lasers to move debris and potentially deorbit matter into Earth's atmosphere, where it will disintegrate.

Currently, there is no international code forcing countries or companies to clean up debris or take measure before launching to make sure they are not adding to the debris problem.

"While it's fantastic to have commercial players and it's just been such a catalyst for everyone, there aren't quite the regulations that you would like to see, the building standards, the testing beforehand," said the ANU's Professor Anna Moore.

"I think that [needs to be] taken very seriously because we should learn from past lessons on Earth right before we start doing the same thing in space."