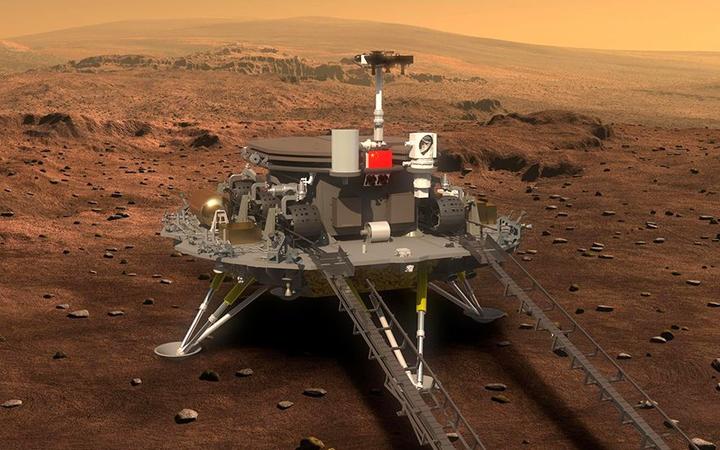 The six-wheeled Zhurong robot was targeting Utopia Planitia, a vast terrain in the planet's northern hemisphere.

The vehicle used a combination of a protective capsule, a parachute and a rocket platform to make the descent.

The successful touchdown is a remarkable achievement, given the difficult nature of the task.

There is certainly life on #Mars! We're the life of the party! #Zhurong #Tianwen1 #CNSA @CNSA_en pic.twitter.com/cC8pZVmyVt

Only the Americans have really mastered landing on Mars until now. With this landing, China becomes the second country to put a rover on Mars.

Zhurong, which means God of Fire, was carried to Mars on the Tianwen-1 orbiter, which arrived above the planet in February. 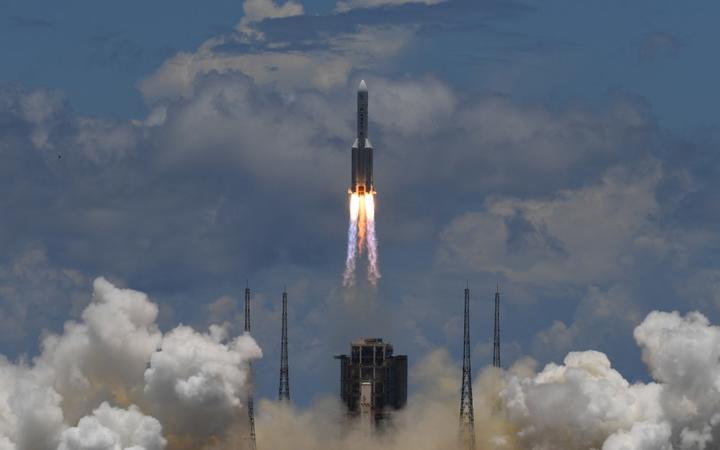 The Tianwen-1 mission lifted off from the Wenchang Space Launch Centre in China's Hainan Province on July 23, 2020. Photo: AFP

The time since has been spent surveying Utopia, taking high-resolution images to pinpoint the safest place to put down.

The aim with all such ventures is to pick a spot, as far as possible, that is devoid of imposing craters and large boulders.

Chinese engineers have to follow events with a time lag. 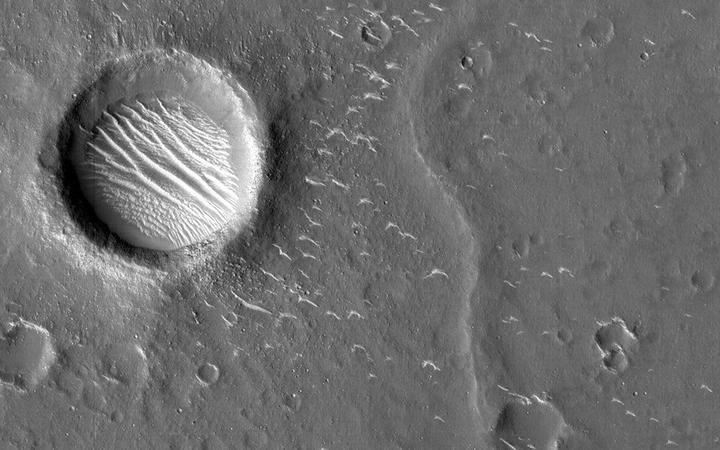 Since its arrival, the Tianwen-1 orbiter has been busy mapping the planet's surface. Photo: AFP

Every stage of the Zhurong's approach to the surface therefore has to be managed autonomously.

The entry (into the atmosphere), descent and landing strategy follows a familiar pattern.

At the chosen moment, the rover, encased in an aeroshell, is released from the Tianwen orbiter and dives downwards.

A heatshield on the capsule slows the fall by pushing up against the Martian air. A parachute then opens to reduce the velocity still further. Finally, the robot breaks away on a rocket-powered bench for the manoeuvres that take it to the ground.

It is a daunting challenge, but China has shown great competence of late in its space endeavours, which have included putting two rovers on the Moon.

Now that Zhurong has got down successfully, scientists will try to get at least 90 Martian days of service out of it, studying the local geology. A day, or Sol, on Mars lasts 24 hours and 39 minutes.

The robot looks a lot like the American space agency's (Nasa) Spirit and Opportunity vehicles from the 2000s. It weighs some 240kg and is powered by fold-out solar panels.

A tall mast carries cameras to take pictures and aid navigation; five additional instruments will help assess the mineralogy of local rocks and look for any water-ice below ground.