A Brazilian Supreme Court judge has authorised a criminal investigation into allegations Environment Minister Ricardo Salles obstructed a police probe into illegal logging, according to a document seen by Reuters today. 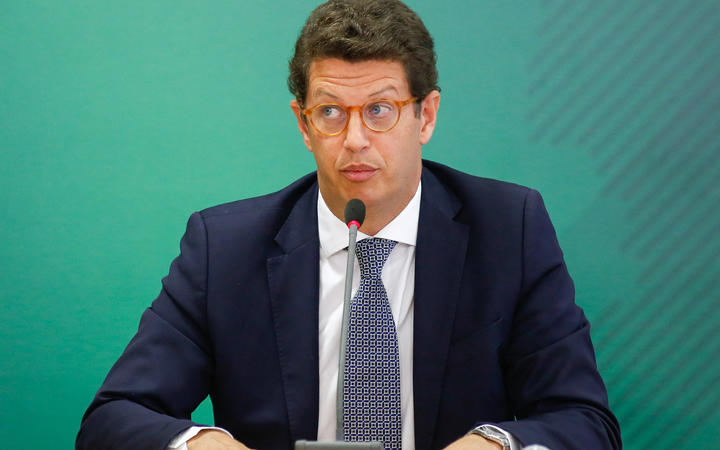 The decision by Judge Carmen Lucia came in response to a request by Brazil's top prosecutor, known as the PGR. It comes as President Jair Bolsonaro's government is also facing criticism over high Covid-19 death and case numbers.

A representative for Salles denied all wrongdoing.

"The investigation will demonstrate that there is no, and there never was, any crime," the representative said in a statement.

Salles has been leading US-Brazil talks over funding to protect the Amazon jungle, the world's largest rainforest, which is under threat from logging and fires.

Last month, police searched properties connected to Salles and other officials in a probe of allegations they allowed illegal exports of timber from the Amazon region to the United States and Europe.

On Tuesday, the PGR asked the Supreme Court for authorization to investigate Salles on suspicion of administrative crimes, for allegedly hindering both environmental inspections and investigation of organised crime.

A growing chorus of environmental advocates and sustainability-focused investors have demanded that Salles be removed as minister for his efforts to roll back environmental protections in the country.

Last year, a video of a Cabinet meeting showed Salles saying the government should loosen environmental regulations while the public was distracted by Covid-19.