The pilot in command of missing Malaysian Airlines flight MH370 deliberately made a series of turns to avoid detection before flying the doomed plane into the southern Indian Ocean, according to research that relies on new aircraft tracking technology. 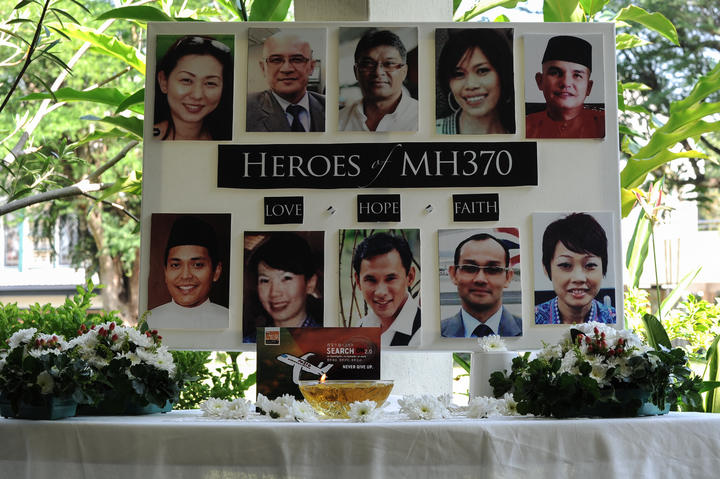 A poster showing cabin crew from Malaysia Airlines flight MH370 is displayed during a prayer at a school in Petaling Jaya on 8 March 2016. Photo: AFP

The research indicates the Boeing 777 crashed about 34.5 degrees south, which aligns with previous searches for the plane, but that its flight path was "significantly different" from earlier theories based on satellite data.

Instead, the pilot Zaharie Ahmad Shah had made numerous turns and changed speed to avoid commercial flight routes and leave "false trails" on unofficial routes around the western end of Indonesia and the Indian Ocean.

Aerospace engineer Richard Godfrey - a member of the so-called Independent Group of Scientists set up to try to solve the MH370 mystery - said global tracking of aircraft is possible using weak radio signals that cover the globe, known as WSPR, or the "weak signal propagation report" network.

He said any plane - commercial, private or military - will set off invisible "electronic tripwires" as they cross these signals, which can then be used to trace their location.

"WSPR is like a bunch of tripwires or laser beams, but they work in every direction over the horizon to the other side of the globe," Godfrey said.

He said these radio signals can be used in conjunction with data sent from the Malaysian Airlines plane to Britain's Inmarsat satellite, to help solve the mystery of MH370.

Godfrey - seen as one of the world's leading investigators of the MH 370 disappearance - invented his own aviation tracking system known as GDTAAA (Global Detection and Tracking any Aircraft Anywhere Anytime) to analyse these WSPR signals every two minutes over the specific period that MH370 was in the air, in March 2014.

His analysis points to a crash site at 34.5 degrees south, south-west of Western Australia, near the imaginary line known as the "seventh arc" - which shows possible locations of the plane at the time of its seventh satellite "ping".

The findings are largely consistent with previous analysis of the plane's satellite data and of the location of floating debris from the plane, which also suggest it crashed into the southern Indian Ocean.

But Godfrey's research suggests the pilot had changed direction and speed multiple times to avoid giving any clear idea where he was heading.

"The pilot of MH370 generally avoided official flight routes from 18:00 UTC (2:00am AWST) onwards but used waypoints to navigate on unofficial flight paths in the Malacca Strait, around Sumatra and across the Southern Indian Ocean," he said.

"The flight path follows the coast of Sumatra and flies close to Banda Aceh Airport.

"The pilot appears to have had knowledge of the operating hours of Sabang and Lhokseumawe radar and that on a weekend night, in times of little international tension the radar systems would not be up and running."

In the case the plane was detected, Godfrey said, "the pilot also avoided giving a clear idea where he was heading by using a fight path with a number of changes of direction.

"These changes of track included toward the Andaman Islands, towards South Africa, towards Java, towards 2°S 92°E (where the Flight Information Regions of Jakarta, Colombo, and Melbourne meet) and towards Cocos Islands," he said. 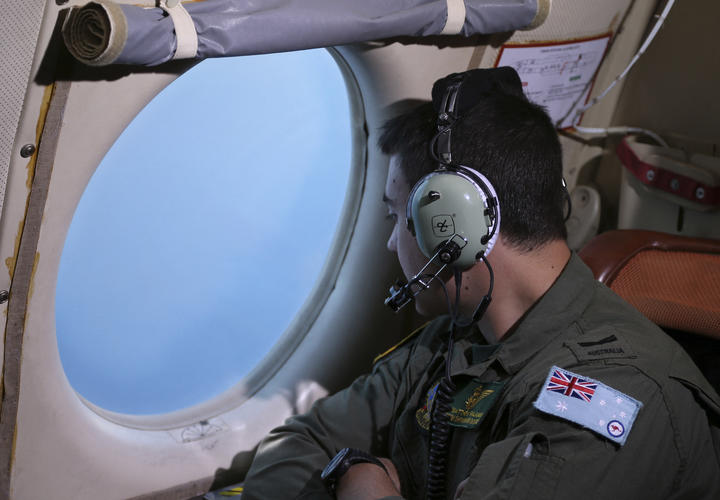 The significant number of changes of track and speed, Godfrey said, suggest that there was an active pilot during the flight.

"Speed changes were beyond the level of changes expected if the aircraft was following a speed schedule such as the long range cruise (LRC) or maximum range cruise (MRC) mode," he said.

"The level of detail in the planning implies a mindset that would want to see this complex plan properly executed through to the end."

Godfrey said there are more than 5000 WSPR radio stations in the world.

On the night that MH370 disappeared, there were "518 unique transmission paths that cross the area of interest around Malaysia, the Malacca Strait and the Indian Ocean".

"With the WSPR data provided every two minutes and the ability to check against the satellite data every hour it is possible to detect and track MH370 from two independent sources," Godfrey said.

The Malaysian Airlines plane disappeared on a night flight from Kuala Lumpur to Beijing, with 239 people on board.

Two searches, one co-ordinated by Australia, and the second by Malaysia, scoured a vast area of ocean in the southern Indian Ocean, but failed to find any trace of the plane.

Godfrey said applying the WSPR technology to the search for MH370 could provide "credible new evidence that was not available during the previous underwater searches" by the Australian or Malaysian-run searches.

He said the GDTAAA system is a low cost alternative aircraft detection and tracking system, that could help pinpoint the location of MH370 within 18 nautical miles.

The Independent Group of Scientists, of which Richard Godfrey is a member, was acknowledged in a report into the Australian led search for MH370 in 2017, released by the Australian Transport Safety Board.