The widow of a New Zealander who died on the Malaysian Airlines flight MH370 four years ago is angry that a report into the flight's disappearance is inconclusive. 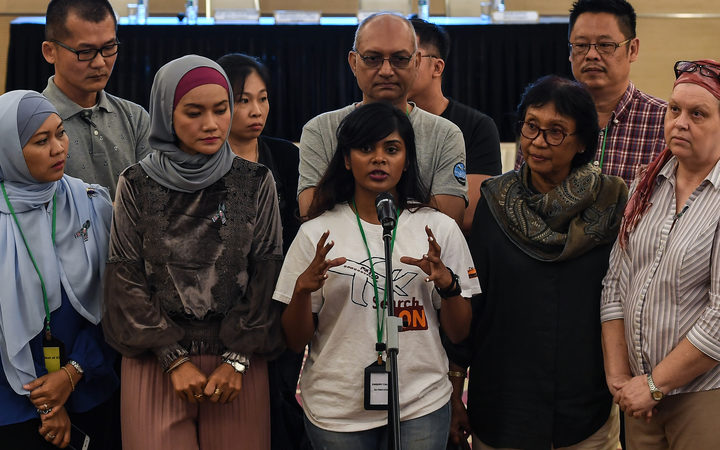 Grace Subathirai Nathan (C), daughter of missing Malaysia Airlines flight MH370 passenger Anne Daisy, speaks during a press conference after being presented with the final investigation report on the missing flight, in Putrajaya, outside Kuala Lumpur, on July 30, 2018. Photo: AFP

More than four years on from one of the world's greatest aviation mysteries - investigators have concluded that the fate of Malaysian Airlines flight MH370 remains just that - a mystery.

The Boeing 777 with 239 people on board - including New Zealander Paul Weeks - went missing after take off from Kuala Lumpur on its way to Beijing in March 2014.

The plane is presumed to have crashed into the southern Indian Ocean after veering off course.

Malaysian government investigators have released a 495-page report into the plane's disappearance.

The head of the safety investigation team, Kok Soo Chon, said the controls were deliberately manipulated but they did not believe the pilot or co-pilot was to blame.

He raised the possibility someone else was responsible, but said there was no evidence.

"The systems were manually turned off, with intent or otherwise so we feel that is also one possibility that could account for all of this. We are not ruling out any possibility we're just saying that no matter what we do, we cannot exclude the possibility of a third person or a third party for unlawful interference, that is what we have included in our conclusion."

"Again, another show of 'we don't know what happened, we don't really know and we don't care'. Again it's a slap in the face for us and we go back to the drawing board again and we go 'okay, where to go now' and as I say this is not just for us, it's for the aviation industry as a whole, MH370 cannot be left a mystery." 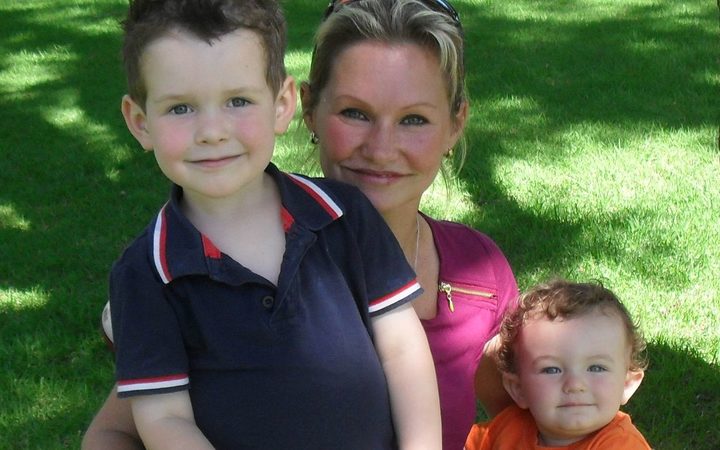 Danica Weeks with her sons, Lincoln and Jack back in 2014. Photo: SUPPLIED

One of the findings is that four of the plane's emergency locator transmitters - which would have sent a distress signal to pinpoint the wreckage - didn't work.

Chiquita Gonzales whose husband was one of the crew members, said that was astounding.

"It is so shocking and so surprising that in the world the aeroplane equipment transmitters are so unreliable to send any signal if there's any incident accident happen," said Chiquita Gonzales.

The report also reveals cargo was not checked properly at Kuala Lumpur Airport and that the seal around some of the cargo pellets, carrying a consignment of lithium batteries, was broken.

There have been theories that the cargo sparked a fire which led to toxic fumes in the cabin, forcing the pilots to try to turn the plane back.

However the report dismisses that.

K S Narendran, who lost his wife on flight MH370, said the report was disappointing and offered cold comfort to the families.

"We still don't know what happened, why it happened, who or what was responsible so we're exactly where we were on 8 March which is that there was a plane that took off and turned back and disappeared and all that we can confirm at the end of four and a half years or so is that the plane disappeared."

The investigators have concluded that the only way to find out exactly what happened to MH370 is to find the wreckage - and that now seems very unlikely.