The pilot of missing Malaysia Airlines flight MH370 is thought to have been in control of the plane "until the end", French investigators have reportedly said, marking the latest development in the aviation mystery. 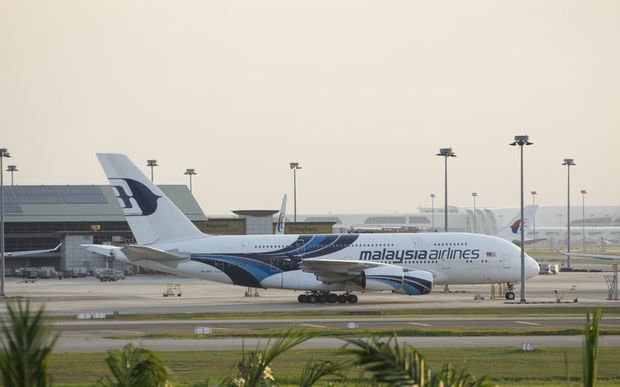 A team of investigators given access to Boeing flight data at the company's headquarters in Seattle told French media that new information suggested Captain Zaharie Ahmad Shah, who was the pilot of the Boeing 777 plane, must have been in control until it disappeared.

The plane was supposed to be bound for Beijing but disappeared over the Indian Ocean.

While a search funded by Malaysia, China and Australia proved the most expensive in aviation history, the exact whereabouts of MH370 remains unknown.

"Some abnormal turns made by the 777 can only be done manually," Le Parisien quoted an investigator as saying, who was not named because they had signed a confidentiality agreement with Boeing.

"Someone was at the helm."

They added that it was "too early to state categorically" but there was no evidence somebody else could have entered the cockpit.

Malaysian investigators have previously concluded that apart from Mr Shah and co-pilot Fariq Abdul Hamid, none of the other 10 crew on board MH370 had any flight training.

With four of its nationals aboard MH370, France is the only country still conducting an active investigation.

International investigators' failure to come to any decisive conclusions in the five years since MH370 went missing have seen the emergence of many conspiracy theories online.

Some theories include that the plane was hijacked remotely, or by terrorists, or was taken to North Korea - all of which have been discredited by aviation experts.

A more plausible theory is that Mr Shah was clinically depressed and deliberately crashed MH370 as a murder-suicide - an explanation the French investigators' claims would seem to support.

An anonymous source quoted by Le Parisien suggested that the available evidence pointed to suicide as the most likely cause of the plane's disappearance.

A recent report in US magazine The Atlantic, written by journalist and former pilot William Langewiesche, quoted friends of Mr Shah as saying he was "lonely and sad".

"His wife had moved out, and was living in the family's second house," Mr Langewiesche wrote.

"By his own admission to friends, he spent a lot of time pacing empty rooms waiting for the days between flights to go by."

Mr Shah's family have previously dismissed speculation that it was a suicide, claiming he was a "sane man".

In July 2018, Malaysian investigators issued their final report, concluding they were "unable to determine the real cause for the disappearance of MH370".

The report also said that there was no evidence of abnormal behaviour or stress on behalf of the two pilots which would have led them to hijack the plane.

"[This conclusion is] not surprising. Malaysia has no interest in incriminating the national airline," another source told Le Parisien.

About 30 pieces of debris believed to be parts of MH370 have been located along the Indian Ocean coastline.

According to Malaysian investigators, however, no conclusions can be drawn until the plane's black box is found.