US President Joe Biden has said he is praying for the "right verdict" in the trial of Derek Chauvin, the Minneapolis ex-policeman accused of killing George Floyd last year. 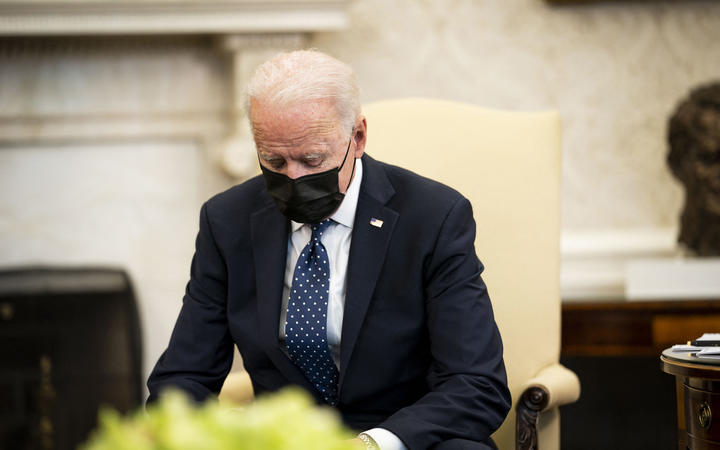 Biden, who spoke to Floyd's family on Monday, said he believed the case was "overwhelming".

His comments came as the jury meets for a second day to consider its verdict.

Chauvin, 45, was filmed kneeling on Floyd's neck for more than nine minutes during his arrest last May.

He is on trial for charges including second-degree murder and has pleaded not guilty.

The footage of Chauvin, who is white, with his knee on African-American Mr Floyd's neck sparked global protests against racism. Cities around the US are bracing for renewed protests regardless of the verdict. 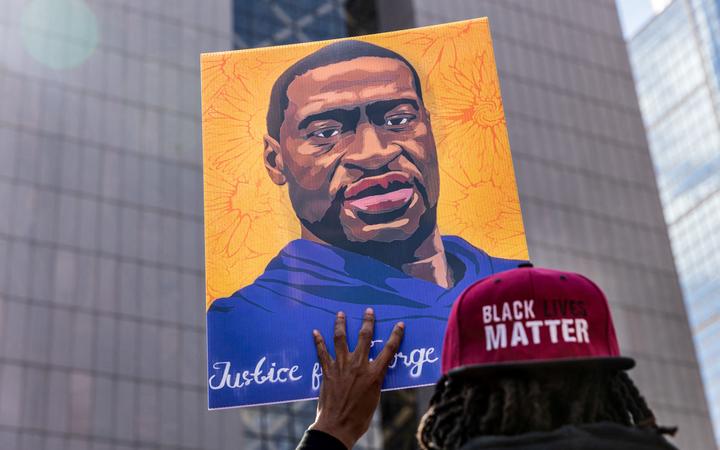 Demonstrators hold signs honouring George Floyd and other victims of racism as they gather during a protest outside Hennepin County Government Centre on March 28, 2021 in Minneapolis, Minnesota. Photo: AFP

White House spokeswoman Jen Psaki said the president spoke to Floyd's family on Monday to "check in with them and also share that the family was in his prayers".

"The jury is sequestered... he certainly is not looking to influence [the trial]," she added.

Biden spoke in more detail about the call at the White House on Tuesday. "I can only imagine the pressure and anxiety they are feeling," he said of the family.

"I waited until the jury was sequestered and I called [them]," he said. "They're calling for peace... no matter what that verdict is."

"I'm praying the verdict is the right verdict," Biden added. "I think [the evidence] is overwhelming."

Earlier on Tuesday, Floyd's younger brother confirmed that he had spoken to the president.

"[Biden] knows how it is to lose a family member, and he knows the process of what we're going through," Philonise Floyd told NBC News. "He was just letting us know that he was praying for us."

What's the latest with the trial?

The jury has retired to consider testimony from 45 witnesses, including doctors, use-of-force experts, police officers, bystanders and people who were close to Floyd.

A conviction on any of the counts against him will require the jury to return a unanimous verdict. A single juror holding out would result in a mistrial, but the state could then try Chauvin again.

Of the 12 jurors, six are white, four are black and two are multiracial. Seven are women and five are men.

On Monday, the governor of Minnesota, Tim Walz, requested security assistance from the states of Ohio and Nebraska ahead of the verdict.

What does the defence argue?

Chauvin's lawyer Eric Nelson argued that his client did what any "reasonable police officer" would have done after finding himself in a "dynamic" and "fluid" situation involving a large man scuffling with three officers.

The defence has sought to show that drugs may have caused Floyd's death.

Nelson argued that Floyd's drug use was "significant" because the body reacts to opioid use, specifically in the case of someone who had been diagnosed with hypertension and high blood pressure.

The lawyer also argued that his client was unlikely to have intentionally violated use-of-force rules as he would have been aware that the whole interaction was being recorded.

And what about the prosecution?

Prosecutors have tried to prove Chauvin's use of force resulted in Floyd's death.

Prosecutor Steve Schleicher urged jurors to "use your common sense. Believe your eyes. What you saw, you saw," referring to the video showing Chauvin kneeling on Floyd.

"This wasn't policing; this was murder," he added.

Prosecutor Jerry Blackwell had the final word on Monday. He said the matter was "so simple that a child can understand it".

"In fact, a child did understand it, when the nine-year-old girl said, 'Get off of him'," Blackwell said, referring to a young onlooker who objected. "That's how simple it was. 'Get off of him'. Common sense."