The jury in the trial of Derek Chauvin, the ex-Minneapolis policeman accused of killing George Floyd last year, has retired to consider its verdict. 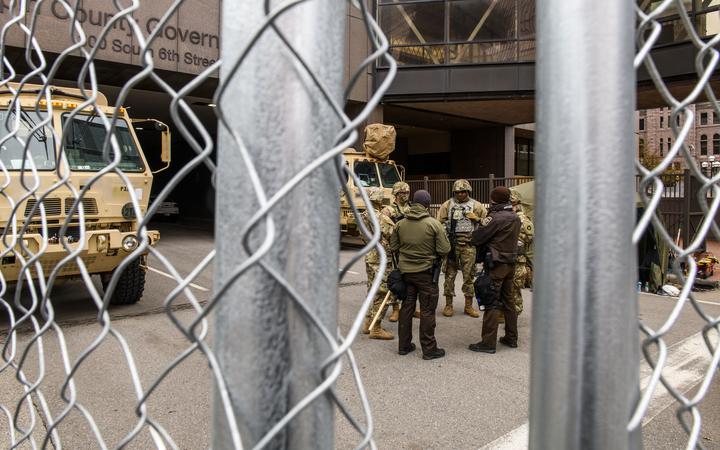 The prosecution told jurors that Chauvin had murdered Floyd, but the defence said their client had correctly followed police training.

The court is being protected by barbed wire, high barriers and armed soldiers from the National Guard.

Cities across the country are bracing for protests regardless of the verdict.

On Monday, the prosecution and defence made their closing statements in a trial that lasted three weeks. The prosecution then had another opportunity to rebut defence arguments before the jury was sent to deliberate.

How did the defence sum up?

Chauvin's lawyer Eric Nelson argued that his client did what any "reasonable police officer" would have done after finding himself in a "dynamic" and "fluid" situation involving a large man scuffling with three officers.

He said Chauvin's body camera and badge were knocked off his chest owing to "the intensity of the struggle".

Nelson also argued that Floyd's drug use was "significant" because the body reacts to opioid use, specifically in the case of someone who had been diagnosed with hypertension and high blood pressure.

The lawyer also argued that his client was unlikely to have intentionally violated use-of-force rules as he would have been aware that the whole interaction was being recorded.

"Officers know that they are being videotaped," Nelson said. 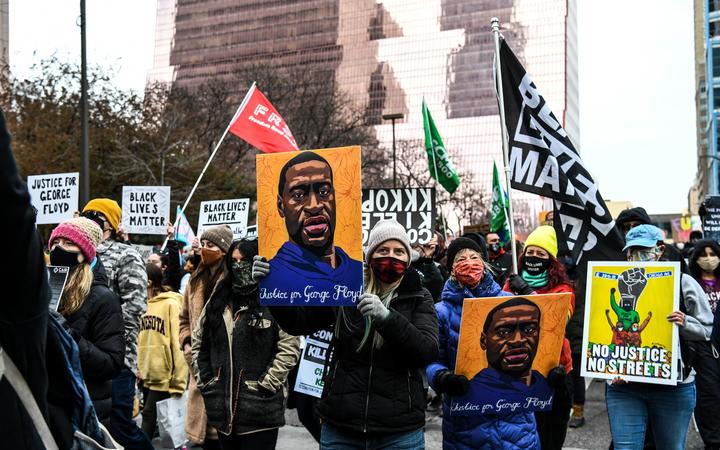 People hold placards as they protest outside court during the trial of former Minneapolis police officer charged with murdering George Floyd. Photo: AFP

How did the prosecution sum up?

Prosecutor Steve Schleicher urged jurors to "use your common sense. Believe your eyes. What you saw, you saw," referring to the video showing Chauvin kneeling on Floyd for more than nine minutes on 25 May 2020.

"This wasn't policing; this was murder," he added.

Prosecutor Jerry Blackwell had the final word on Monday. He said the matter was "so simple that a child can understand it".

"In fact, a child did understand it, when the nine-year-old girl said 'get off of him,'" Blackwell said, referring to a young onlooker who objected. "That's how simple it was. 'Get off of him.' Common sense."

The jury will be sequestered to consider testimony from 45 witnesses, including doctors, use-of-force experts, police officers, bystanders and people who were close to Floyd.

A conviction on any of the counts against him will require the jury to return a unanimous verdict. A single juror holding out would result in a mistrial, but the state could then try Chauvin again.

Of the 12 jurors, six are white, four are black and two are multiracial. Seven are women and five are men.

How is the US preparing for the verdict?

The footage of Chauvin, who is white, restraining Floyd, a black man, on the floor as he shouted "I can't breathe" spurred months of global protests in 2020.

On Monday, Minnesota governor Tim Walz requested security assistance from the states of Ohio and Nebraska ahead of the verdict.

The Democrat was heavily criticised after more than 1000 buildings and businesses were damaged in rioting last year.

In the early hours of Sunday, two National Guard members who were providing neighbourhood security in Minneapolis escaped with minor injuries when they were shot at in a drive-by shooting. 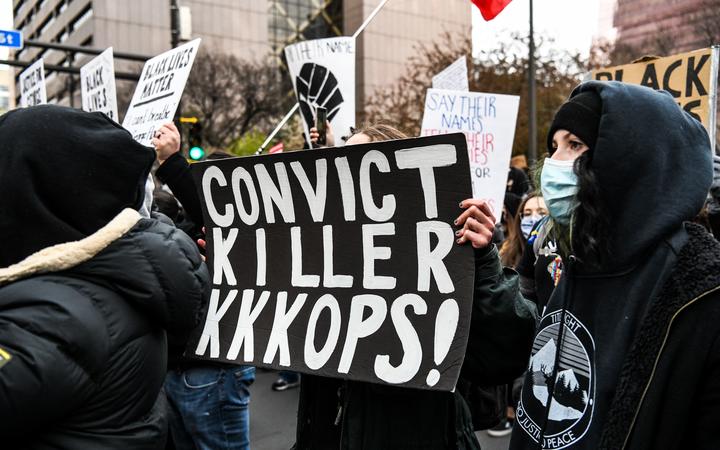 Protest outside the courthouse Photo: AFP or licensors

What else happened in court?

After the jury was sent out on Monday, Nelson argued remarks made by Democratic representative Maxine Waters over the weekend urging protesters to "get more confrontational" may have influenced the jury.

If there is no guilty verdict in Chauvin's trial, the California congresswoman said in Minneapolis, "then we know that we got to not only stay in the street, but we have got to fight for justice".

In response, Judge Peter Cahill said: "I give you that congresswoman Waters may have given you something on appeal that may result in this trial being overturned".

The judge said the failure of elected officials to stop talking about the case in a manner disrespectful to the rule of law was "abhorrent".

However, he said Waters' "opinion really doesn't matter a whole lot", and he dismissed Nelson's motion for a mistrial.