The US budget deficit hit a record $3.132 trillion during the last financial year, more than triple the 2019 shortfall, the US Treasury has announced. 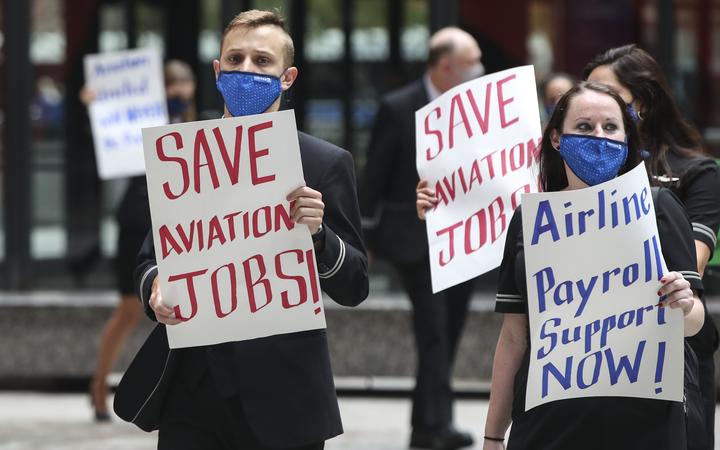 The increase in the gap between government income and spending was almost entirely due to the massive coronavirus support package.

The Trump administration and Congress have been unable to agree on a new stimulus package.

The deficit more than doubled the previous record of $US1.416 trillion in the 2009 financial year, when the United States was battling a financial crisis.

At the start of the 2020 financial year that ended on 30 September, the US government had been forecast to rack up a $1 trillion deficit before coronavirus lockdowns began in March.

In September, the US budget deficit was $125 billion, compared with an $83b surplus in September 2019, the Treasury said.

September receipts totalled $373b, just $1b below a year earlier as higher Federal Reserve earnings and excise tax collections made up for lower personal and corporate income tax receipts.

Receipts for the full financial year totalled $3.42b, a decrease of $43b or 1 percent from the previous year.

Financial year outlays jumped $2.105 trillion from 2019 to a total of $6.55 trillion, with the increase made up almost entirely from increased healthcare and unemployment compensation costs, and the cost of small business and corporate rescue programmes approved by Congress. 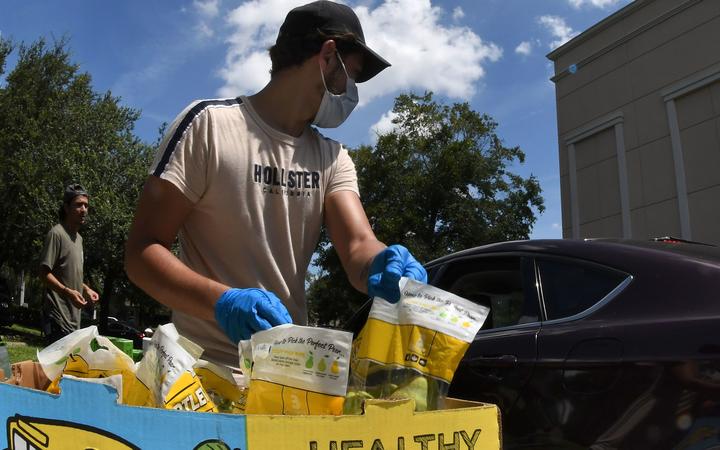 A volunteer prepares a parcel at a food bank in Orlando, Florida. Photo: AFP