Of course he can.

That's been the sentiment expressed by most political commentators - and virtually every punter - this year. 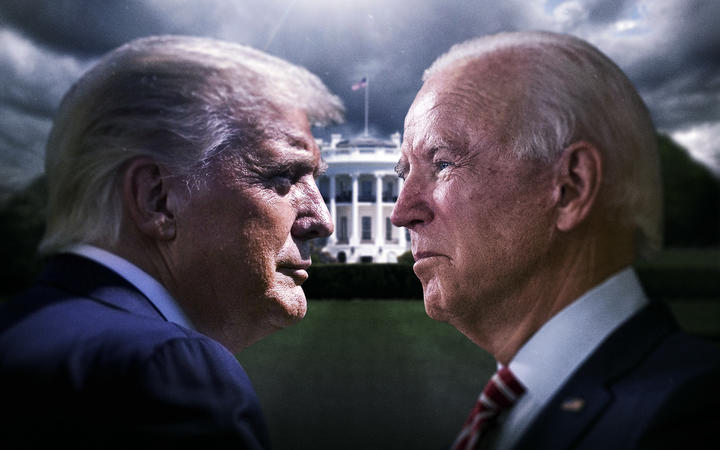 Many wouldn't have said the same four years ago, when there was a spoken (and unspoken) expectation that Hillary Clinton would become the first woman president of the United States.

Now they're saying, in the words of former president George W. Bush, "You fool me, but you can't get fooled again."

But is this just an abundance of caution?

The polls really would say, "Yes".

Joe Biden has been comfortably ahead for months, riding a wave of dissatisfaction over Donald Trump's cavalier handling of the pandemic, the country's economic collapse, and his dismissive response to Black Lives Matter protests.

But to suggest he's 12-15 percentage points ahead - as some polls have him - could be misleading.

The polls in 2016 under-estimated Trump's support, but the pre-election range then was roughly 1-7 points.

Some Republican Party leaders say Trump supporters no longer respond to polls, which many believe are "fake", or are perhaps punking them by falsely claiming they'll vote for Biden.

But the significance of this has been relatively debunked - millions of people would have to be making a coordinated effort via "Secret Make America Great Again".

If the polls are slightly misleading, it may also be because likely Trump voters are too embarrassed to admit it, and are saying they're undecided.

Yet 2016 swung on margin of error. It was expected to be a far closer race, and was one that was eventually decided by less than one percentage point in crucial states.

Plus, voter turnout only significantly dipped among likely Democrats - rather than Republicans. Almost 250,000 fewer people voted for Clinton than Barack Obama.

Right now, Biden must be smiling looking at the polls.

In swing states like Michigan, Pennsylvania and Wisconsin - the polling margin is far wider than it was before the 2016 election. 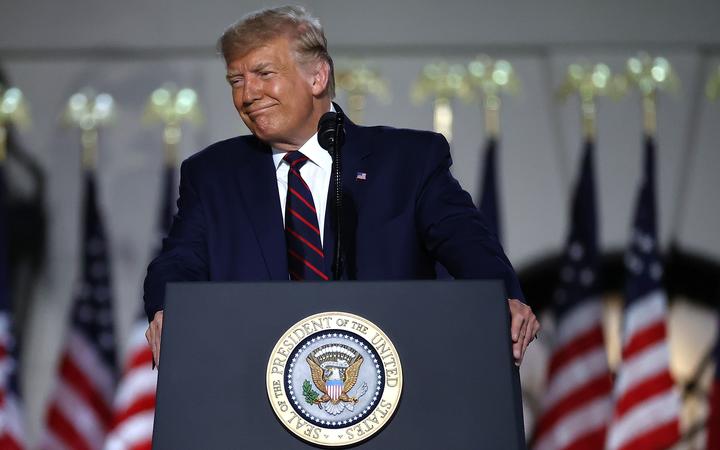 In Pennsylvania now, FiveThirtyEight's polling average has Biden ahead 7.3 percent. In 2016, it had Clinton ahead 3.7 percent on election day.

Biden also has a wider margin in Wisconsin than Clinton did in 2016. Charles Franklin of the state's Marquette poll says the number who say they're undecided is half that of four years ago. That's bad news for the president.

What's most concerning for Trump is he seems to be losing support among older white voters, while Democratic support among minorities is stronger than four years ago.

And Biden looks very likely to secure more of the young vote than Clinton did.

Those under 30 who say they will definitely vote is up to 63 percent from 47 percent, according to a Harvard Kennedy School Institute of Politics poll.

Biden is clearly not stirring the same negative emotions that Clinton did. He's also more closely tied to Obama and his enduring popularity.

What's also incredible is that many polls have Biden's popularity among women almost double that of Clinton's.

And then there's Florida, which has backed every winning candidate since 1996 - the longest run for any state.

FiveThirtyEight currently has Biden up 4.4 percent in Florida. The website's margin four years ago was 0.6 in favour of Clinton. She lost then by a thin 1.2 percent.

Right now, with Trump having been confined to the White House, and only one presidential debate left on the schedule, it's difficult to see much opportunity for him to surge in the next three weeks.

Even a miracle vaccine - which Trump has promised Americans this month - may not be enough to save him.