The FBI says it has thwarted a plot to abduct and overthrow Michigan's Democratic Governor Gretchen Whitmer. 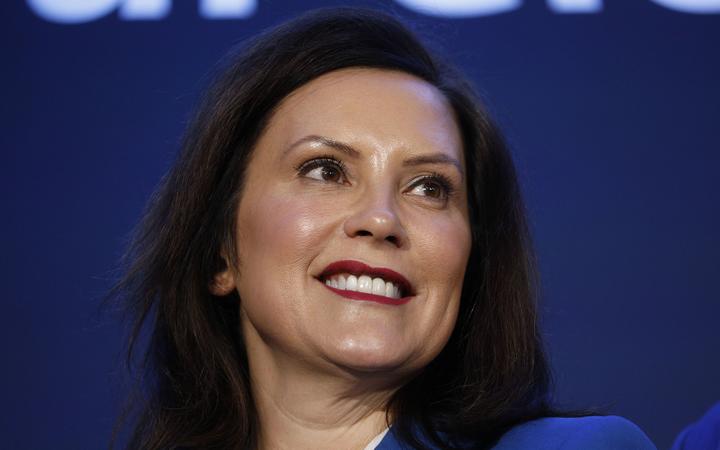 Gretchen Whitmer has attracted opposition to her measures to combat Covid-19. Photo: AFP

Whitmer has been a frequent target of Republican President Donald Trump's criticism, including over her moves to enforce coronavirus social distancing rules in her state.

She has also become a target of coronavirus sceptics after enacting strict mitigation measures that were overturned by a judge last week.

They could face life in prison if convicted on charges of attempting to kidnap Whitmer, said US Attorney for the Western District of Michigan Andrew Birge.

Later they announced that 13 people in total have been arrested in connection with the militia groups.

"The individuals in custody are suspected to have attempted to identify the home addresses of law enforcement officers in order to target them, made threats of violence intended to instigate a civil war."

Nessel said a total of 19 state felony charges were filed against the seven individuals, including counts for gang membership and for providing support for terrorist acts, part of a sweeping execution of warrants in more than a dozen cities.

Whitmer said she was stunned to learn of the plot.

She said Trump's words and actions during his presidency have acted as a rallying cry for hate and violence in America.

In April, the president tweeted "Liberate Michigan" - in relation to Covid-19 restrictions.

At a news conference Whitmer accused Trump of encouraging extremist groups like the "sick and depraved men" that targeted her, citing his refusal to condemn white supremacists at the recent US presidential debate against Joe Biden as an example.

"When our leaders meet with, encourage and fraternise with domestic terrorists they legitimise their actions, and they are complicit," Whitmer said. "We are not one another's enemy."

The alleged plot included reaching out to a militia group, according to an affidavit by FBI special agent Richard Trask released today.

Last month, Fox posted in an encrypted chat that he did not want a final training exercise to be held in the last week of October because it would not leave enough time to execute the kidnapping before the national election on 3 November, Trask said.

"The group agreed to use the time until the final training exercise to raise money for explosives and other supplies," Trask wrote in the affidavit.

In May, armed protesters opposed to the Covid-19 lockdown stormed the state capitol. 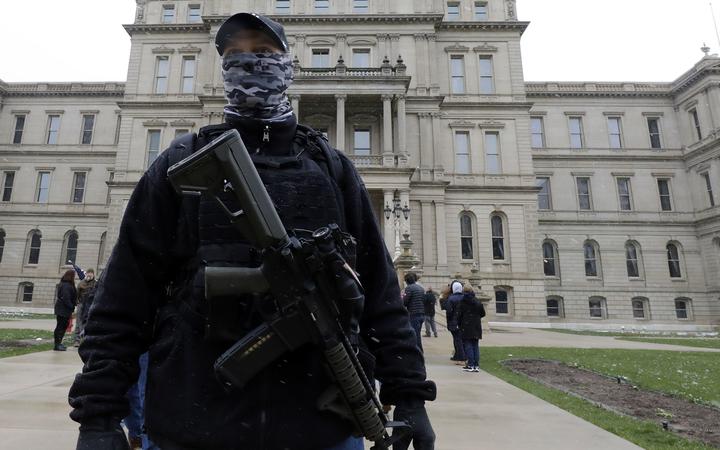 An armed protester stands outside the Michigan State Capitol in Lansing, Michigan, during a demonstration against the governor's stay-at-home order. Photo: AFP

According to a sworn FBI affidavit, an undercover law enforcement source attended a June meeting in Dublin, Ohio, where a group of Michigan-based militia members discussed overthrowing state governments "that they believed were violating the US Constitution".

The group wished to gather about "200 men" to storm the capitol building and take hostages, including the governor. They hoped to enact their plan before the November presidential election. If that failed, they planned to attack the governor at her home, officials say.

The militia members held weapons training in several states, and at times attempted to create bombs that were faulty, the FBI says, adding that their training was captured on video.