Two US hostages held by Houthi rebels in Yemen have been released, seemingly as part of a large prisoner exchange. 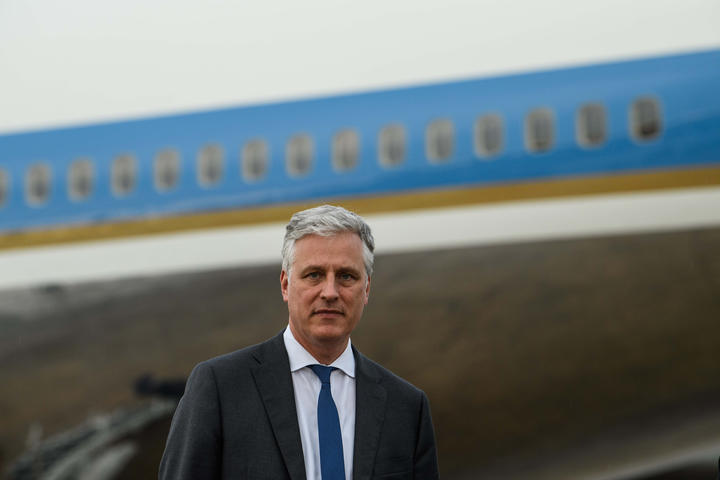 Sandra Loli, a humanitarian worker held for about three years, and businessman Mikael Gidada, held for about one, were freed on Wednesday (local time), US officials said.

The remains of a third US captive, Bilal Fateen, were repatriated as well.

It comes after the Houthis reported receiving more than 200 Yemenis from Oman, where many had been stranded after receiving medical treatment.

A much-anticipated swap between Yemen's internationally recognised, Saudi-backed government and the Houthi rebels had been expected to take place on Thursday.

In a statement, the US state department welcomed the release of Loli and Gidada, and extended its condolences to the family of Fateen.

US national security adviser Robert O'Brien thanked Sultan Haitham bin Tariq of Oman and King Salman of Saudi Arabia for their assistance, and credited President Donald Trump for his support.

A Houthi spokesperson, Mohammed Abdulsalam, earlier tweeted that the 240 or so Yemenis who returned to the Yemeni capital, Sanaa, included either people who had been stranded or who were injured and had travelled to the Omani capital Muscat to receive medical treatment.

Abdulsalam added that they included casualties who had travelled to the Gulf state during UN-brokered peace talks between the warring parties in Stockholm in 2018.

"The United Nations did not bring [them] back" in line with the agreement reached, he said.

Abdulsalam also thanked Oman for its "humanitarian efforts" but did not mention the release of US hostages.

The Wall Street Journal, which broke the news about the US hostages, said the state department had been working urgently to secure the deal because Loli was in ill-health. It reported the deal also included delivery of medical aid for Yemen.

The operation was reportedly overseen by the International Committee of the Red Cross.

Yemen has been devastated by a conflict that escalated in March 2015, when the rebels seized control of much of the west of the country and forced President Abdrabbuh Mansour Hadi to flee abroad.

The civil war has also triggered the world's worst humanitarian disaster, with thousands of civilians dying from preventable causes, including malnutrition, disease and poor health.