White House senior adviser Stephen Miller has announced he has tested positive for Covid-19, the latest case of coronavirus reported among Donald Trump's inner circle since the Republican president announced he had the virus last week. 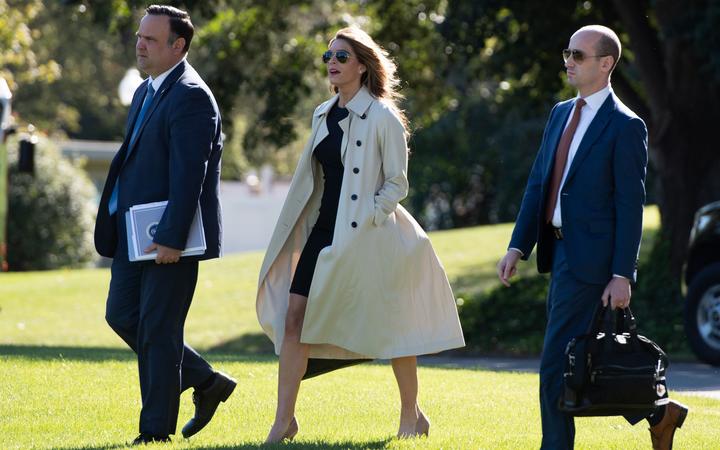 Miller's wife, Katie Miller, who is a spokeswoman for Vice President Mike Pence, tested positive for the virus in May.

"Over the last five days I have been working remotely and self-isolating, testing negative every day through yesterday," Miller said in a statement.

"Today, I tested positive for Covid-19 and am in quarantine."

A day after the US president returned from the military hospital in Maryland where he had been treated for the disease, at least two other cases of Covid-19 were diagnosed in his immediate circle.

A military attache, Jayna McCarron, tested positive, as did a valet, an active-duty member of the military who travelled with Trump last week, Bloomberg first reported.

Meanwhile, the US Centres for Disease Control and Prevention has declared it safe for Pence to take part in tomorrow's vice presidential debate because he was not a close contact of anyone infected with Covid-19, including Trump.

Pence is scheduled to debate his Democratic rival, Senator Kamala Harris in Utah.

A plexiglass barrier will separate the pair during the debate.

However, Democratic presidential candidate Joe Biden said he and Trump should not have their scheduled debate on 15 October if Trump still has the coronavirus infection at that time.

Trump has already indicated he is keen to go ahead with the second debate.

The vice presidential debate has taken on an outsized and perhaps unprecedented significance, with questions about Trump's health now looming over the US election less than a month away.

The pressure on Pence, who often toils in Trump's deep shadow, is great. Trump trails Biden by 10 percentage points nationally, according to a new Reuters/Ipsos poll, with voters faulting what they viewed as the president's carelessness about the dangers of the new coronavirus. 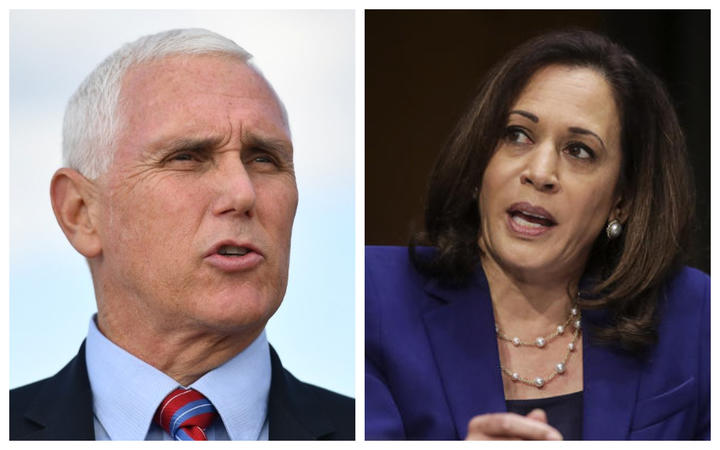 Pence needs to show the public he is ready to step in as president if the situation requires, while also defending the Trump administration's handling of a seven-month-old health crisis that has killed more than 210,000 Americans.

For her part, Harris, who has largely stayed out of the spotlight in recent weeks as Biden ramped up campaign travel, must demonstrate to voters that she, too, could assume the presidency if needed at some point in the 77-year-old Biden's tenure should they win on 3 November.

"This debate is different," said Christopher Devine, an expert on the vice presidency at the University of Dayton. "Some people may be worrying about Mike Pence and how he may perform if called upon. And there are questions about Joe Biden's ability to stay healthy."

The US military's Joint Chiefs of Staff have almost entirely gone into self-quarantine after the Coast Guard's No 2 tested positive for the novel coronavirus following top-level meetings at the Pentagon last week, officials said.

US defence officials, speaking on condition of anonymity, stressed that the military's top brass - with the exception of the Coast Guard vice commandant, Admiral Charles Ray - had all tested negative so far and were still carrying out their duties.

But the disclosure risks adding to a growing sense of uncertainty about operations at the highest levels of the US government after Trump himself was infected, along with senior White House staff and other Republican leaders. The White House said the rise in cases among officials in Washington has not disrupted the government.

Representative Adam Smith, chairman of the Democratic-led House Armed Services Committee, issued a terse statement taking aim at Trump and warning "our adversaries are always looking for any weakness to exploit".

"While our military can still operate while leadership is quarantined, the national security implications of the President's recklessness cannot be overstated," Smith said.

All potential close contacts from Ray's meetings at the Pentagon were tested yesterday and none of them exhibited symptoms, Pentagon spokesman Jonathan Hoffman said in a statement.