A Syrian man who has spent the last six years locked up in Australian detention centres after his visa was revoked is free after a landmark legal ruling. 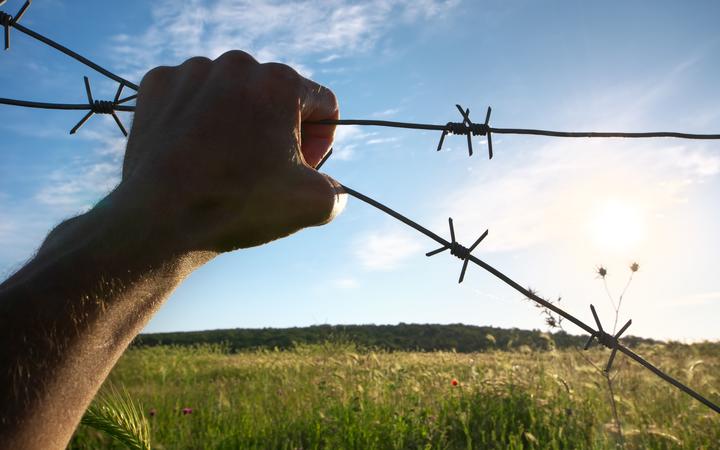 The judgment changes the law on unlawful detention in Australia, a solicitor says. Photo: 123RF

Lawyers for the man, who has lived in Australia since he was 13, successfully argued that he was being held unlawfully because nothing had happened on his case for a year, and no attempt had been made to return him to his war-ravaged homeland.

His solicitor Alison Battisson said it was the first time in Australian legal history that someone has been freed from detention under the ancient writ of habeas corpus, which puts the onus on the state to prove a valid reason for imprisoning someone.

"It's an incredibly significant judgment ... he's not on a visa, not a citizen, he's free on a writ of the court. And this absolutely changes the law on unlawful detention in Australia," she said.

The Federal Court of Australia found the man's detention by the Commonwealth of Australia had been unlawful since July 26, 2019 - the date by which all appeals and legal undertakings had finished.

Battisson, who is director-principal of the pro bono law firm Human Rights For All, said the judgment showed the state "can't just warehouse someone, hoping something will happen".

It could open the door to other detainees stuck in legal limbo, she said.

"Because no moves had been made to admit my client into the country under a visa or to deport my client, his detention served no purpose and was therefore unlawful."

The man - whom RNZ has agreed not to name - has spent most of his 20s in prison or detention.

After serving a three-year jail term for assault, he was released in March 2014, but his visa was revoked in October that year on character grounds and he was immediately taken into detention, where he remained until 11 September.

The Commonwealth had argued that an order releasing him should not be made because the state would be legally required to immediately re-detain him as an "unlawful non-citizen".

However, in his written decision, Justice Bromberg said that as the applicant's continued detention was unlawful, it would not be lawful for an officer of the Commonwealth to re-detain him.

"Accordingly, the order I propose to make will have utility."

Battisson said her client has been released without a visa, which put him "in a unique legal position".

"What's happened in the past is where a court has given a refugee their visa back, then the Minister for Home Affairs has cancelled that visa within the hour and the person has never left the detention centre.

"So we were very focused last week for my client to get out - physically out of the detention centre - and no longer be under the custody and control of the department and the Australian Border Force. But we were comforted by the fact there was nothing for the Minister to cancel."

Human Rights for All was reviewing other cases to see if the habeas corpus writ could apply.

"Anyone who has been in detention and nothing has happened on their case for a significant period of time should be looking at this judgement and seeking legal advice."

Justice Bromberg awarded the man costs and referred his claim for damages for false imprisonment to a further court hearing.