A new group that aims to be a voice for the migrant and refugee community to engage with the government and other policy makers was launched last night. 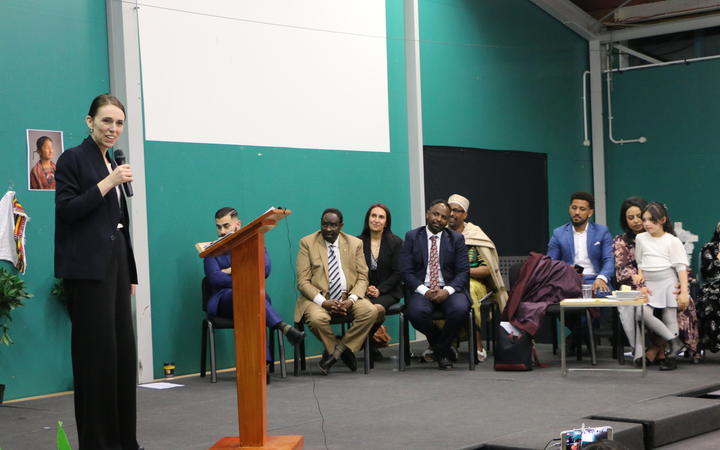 The Labour Party leader, local politicians and MPs attended the event in Wellington joining migrants and refugees from around New Zealand.

They were treated to an Ethiopian coffee ceremony and musical performances.

"Because we realised that actually there are uncomfortable conversations. 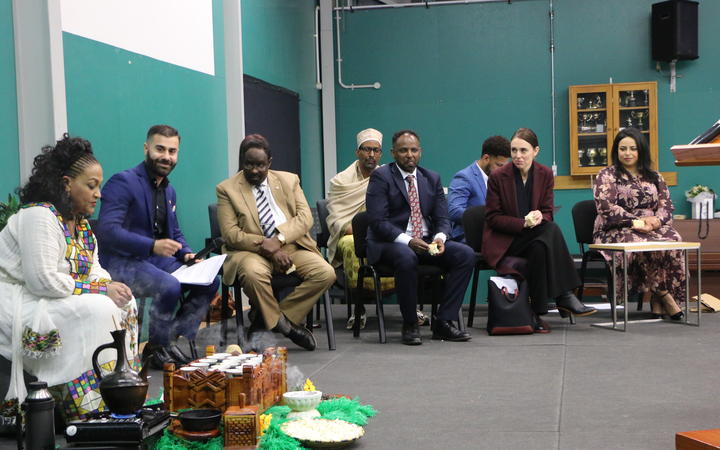 Ethiopian coffee is prepared for the PM and guests. Photo: RNZ/Hamish Cardwell

Labour Party leader Jacinda Ardern was warmly received by speakers at the event, with her leadership and compassion after the 15 March attacks.

Ardern said we do a disservice to the refugee community if we assume that it is New Zealand that is doing them a favour by allowing them to come here.

"It is us who benefit from all of [their] potential.

"We are the ones that ...[get] that skill, and that education and that wide verity of experience. We are the lucky ones, but also the ones who have the responsibility to help realise that potential - and we are not always good at that, and there is a lot of work for us to do to be better at that."

Ardern was challenged over the government's migrant family re-unification policy and mental health support for refugees.

An attendee said it is nearly impossible for people from some countries to bring family members to New Zealand, and asked what the government was doing about it.

Ardern said it had increased the funding for resettlements but there are other barriers, such as issues getting appropriate identity documents. 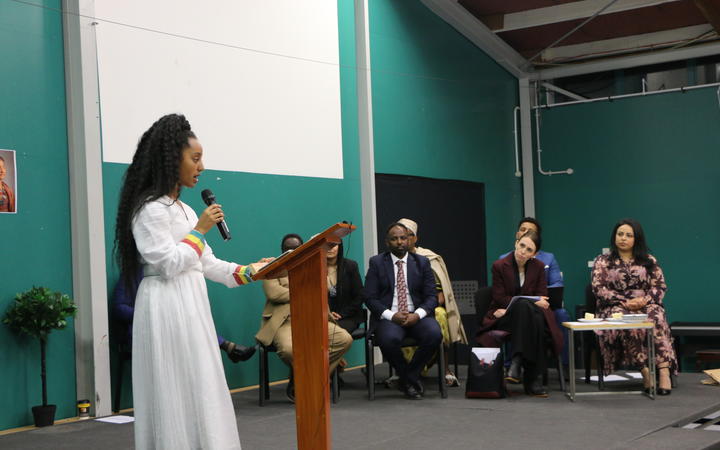 But she said the recent mental health funding boost by the government was not reaching these people.