Ten refugees held on Nauru by the Australian government for over seven years left Nauru yesterday to be resettled overseas. 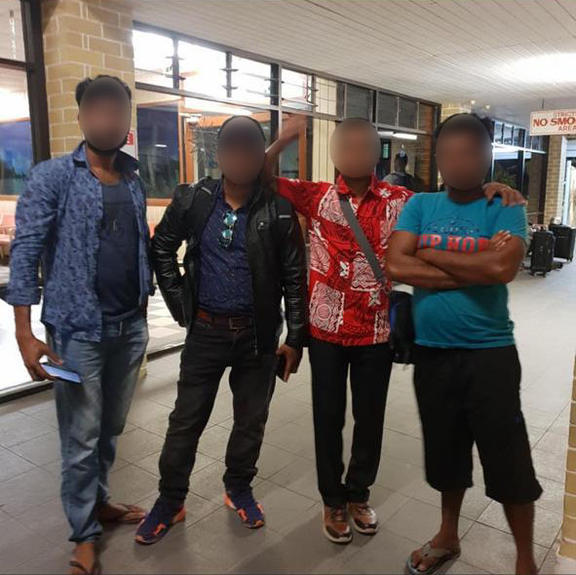 Four of the ten refugees bound for resettlement in the USA and Norway at the airport in Nauru. September 2020 Photo: Supplied

Nine of them will be resettled in the US and one in Norway.

Three of the refugees are bound for resettlement in the US state of Texas, where over 12,000 people have died of covid-19.

Over 400 refugees have so far been transferred to the US under the resettlement deal that Australia's government agreed on with the US.

Hundreds more in PNG also remain in limbo as the US resettlement deal inches to a close.

"It is shocking that the Australian government is still sending refugees to an uncertain future in the US, when they should be resettled, safely and securely, in Australia," said Ian Rintoul, spokesperson for the Refugee Action Coalition

"The government should bring all those waiting on Nauru and in PNG to live with permanent visas in Australia," said Rintoul, "The government has a duty of care to all the people they forcibly expelled to Nauru in 2013. There are people who were approved for transfer to Australia for medical treatment almost twelve months ago, but they are still being deliberately held on Nauru."

Rintoul said it was time that the offshore detention system ended, adding that it was still taking "a terrible toll on those who are being held on the prison island".