Thousands of holidaymakers have just hours to return to the UK if they want to avoid quarantine measures imposed on France, coming into force today. 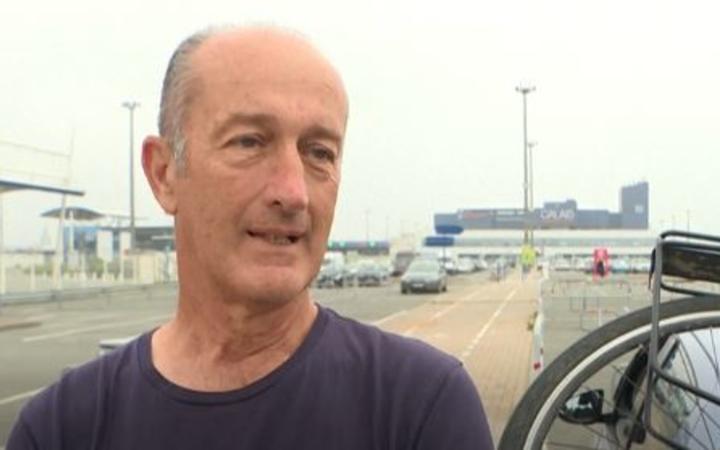 British holidaymaker: "We cancelled our holiday to come home" Photo: Screengrab from BBC

The 14-day isolation requirement from 04:00 BST (3pm NZST) also applies to people arriving from the Netherlands, Monaco, Malta, Turks and Caicos, and Aruba.

The Netherlands will warn against all but essential travel to the UK once the restrictions come into force on Saturday, but it said it will not introduce reciprocal measures.

The countries were targeted for quarantine restrictions because their infections rates exceeded 20 per cases 100,000 people over seven days, Transport Secretary Grant Shapps said.

He told BBC Breakfast there were about 160,000 British holidaymakers currently in France, and said "the last thing we want do is to have people returning and bringing the infection with them".

The deadline left many travellers in a frantic rush for plane, train or ferry tickets costing hundreds of pounds.

Tom Duffell, who runs a small business, cut short his holiday to Nice - with his wife and two children - by four days and booked a last minute flight home.

"We were enjoying a nice cocktail last night and suddenly a news flash pops in and a scramble to book flights," he said.

He added that social distancing had "gone out of the window" in the scramble for transport, with "huge queues" at the airport.

Stephanie Thiagharajah, who is French but lives in Kent, criticised the "manic" way the quarantine had been imposed after she spent a "really stressful evening" booking a train from Paris to London.

She said the move had created "a huge amount of people coming at the same time".

"It's probably more risky than staggering it," she added.

Eurotunnel said 12,000 people tried to book tickets for its Channel Tunnel trains in the hour after the new rules were announced at about 22:00 BST on Thursday - compared with just hundreds normally.

It increased its capacity on Friday but trains sold out, and the company warned people not to travel to its terminal without a confirmed booking.

The shuttle service was running between 90 minutes and two hours late from Calais by Friday evening.

Eurotunnel spokesman John Keefe told the BBC traffic at the terminal in Calais was running smoothly all day.

"There were no huge queues. Many people seem to have decided to stay in France," he said.

Prices of some flights to the UK from Paris were more than £450, compared to £66 on Saturday. Many direct flights from the south of France are sold out.

The cheapest Eurostar tickets were £210, compared with £165 on Saturday. One couple, Stuart and Anna Buntine, spent nearly £1000 to make it back to the Midlands via Eurostar from Burgundy, central France.

P&O Ferries told the BBC it had increased its capacity on its Spirit class ships, but said passengers should still book in advance rather than just turn up at ports in France, the Netherlands or Belgium.

DFDS Ferries said it had added an extra four departures from Calais to help Britons return in time. It said bookings must be made before arriving at port. 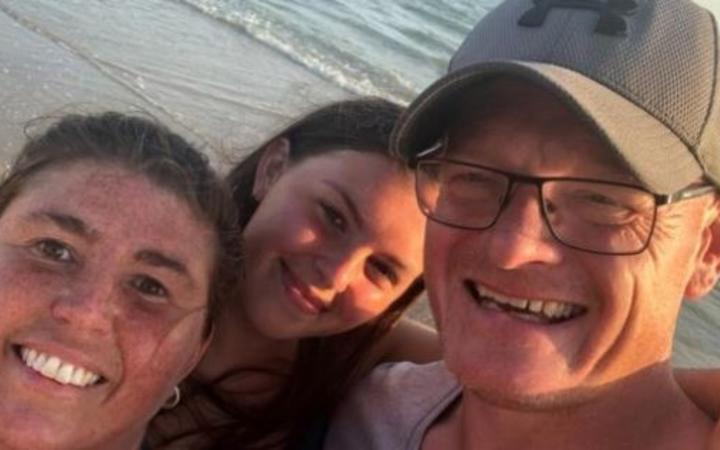 Scott and Tracy Cuthbert have been on holiday in France with their daughter Milly Photo: BBC/Scott Cuthbert

Scott and Tracy Cuthbert, from the village of Bloxham in Oxfordshire, say cutting their holiday in the Loire Valley short by six days was an "easy decision to make for us because we both need to work".

The couple and their daughter Milly, 16, should have been coming back next Thursday, but began "frantically packing" after they heard news of the rule changes.

The family booked themselves onto a ferry for Friday afternoon, only to realise they wouldn't make it to the port in time - so have now booked another ferry, due to leave Calais at 20:30 BST.

"We're driving up now and the sat nav says we'll have about an hour's leeway," Scott says from the car.

The seven-day average increased to 2041, marking the first time it has surpassed 2000 since 20 April.

Clement Beaune, France's secretary of state for European affairs, tweeted that the UK's decision was a matter of "regret" for the French, but that he was hoping for a "return to normal as soon as possible".

The travel industry, already damaged by the pandemic, also criticised the move.

Gloria Guevara, president of the World Travel and Tourism Council, said the UK was lagging behind other countries that had "shunned quarantines" in favour of "comprehensive" testing programmes for everyone departing and arriving back into their respective countries.

The UK's ambassador to France, Lord Llewellyn, acknowledged that the new quarantine rule would be "unwelcome news" for Britons in the country, but stressed that people could continue with their holidays as long as they follow safety precautions and self-isolate on their return.

Shadow home secretary Nick Thomas-Symonds said while the Labour Party supports "evidence based measures" at the border, it was "vital" that No 10 had a "joined-up strategy" and "urgently" puts in place a specific deal to support the heavily impacted travel sector.

He added: "That the government has still not put in place an effective track, trace and isolate system has made matters far worse and made it more likely that we are reliant on the blunt tool of 14-day quarantine."

According to the data company Statista, people from the UK paid 10.35 million visits to France last year, putting it second behind Spain - with 18.12 million - in terms of popularity.

The Foreign Office is now warning against all but essential travel to France. The quarantine measure was imposed for Spain on 25 July.

A list of more than 50 so-called travel corridors - allowing movement between the UK and the other countries with the need to self-isolate on return - was published at the start of last month and later expanded.

But the ending of some of the exemptions on the list follows a "significant change" in the risk of contracting Covid-19, the Department for Transport said.

It added that there had been a 66 percent increase in newly reported cases per 100,000 people in France since last Friday.

For the Netherlands, it was up 52 percent. And the increase for Malta was 105 percent, while it was 273 percent for Turks and Caicos and 1106 percent for Aruba.

Ahead of a government meeting on the new measures, UK Prime Minister Boris Johnson promised to be "absolutely ruthless" in deciding on rules for holidaymakers from abroad.

"We can't be remotely complacent about our own situation," he said.

According to the Home Office, a total of nine fines have been introduced at the border since quarantine restrictions were introduced on 8 June.

Under the rules, people who do not self-isolate can be fined up to £1000 in England, Wales and Northern Ireland and £480 in Scotland. There are fines up to £5000 for persistent offenders.

Meanwhile, the government has announced that maximum fines for people in England who repeatedly refuse to wear a face covering could double to £3200, while organisers of illegal raves could face a £10,000 penalty.

But from Sunday, indoor theatre, music and performance venues will be able to reopen with socially distanced audiences.

Casinos, bowling alleys, skating rinks and soft play centres will also be allowed to resume, as will "close-contact" beauty services such as facials, eyebrow threading and eyelash treatments.