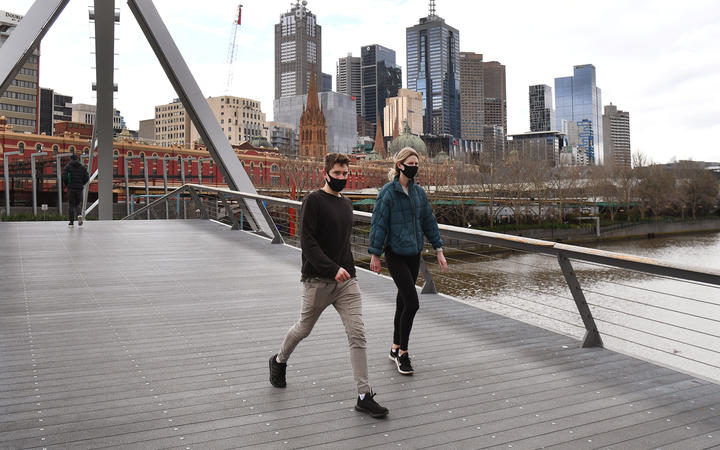 The figures come one day after Victoria recorded its lowest single-day increase in cases in more than three weeks, with 278 infections reported yesterday.

Yesterday's death toll of eight was the first time in a week the daily number of deaths dropped below 10.

Health authorities have said they expect to see the impact of stage 4 restrictions on case numbers in coming days.

The first measures under stage 4 restrictions were imposed on Melbourne on 2 August and the final changes for businesses came into effect on Monday. All of regional Victoria went back under stage 3 restrictions last Thursday.

It comes as Victorian state authorities have taken over the management of three privately run aged care centres, with one in four Melbourne nursing homes now infected.

One is a returned traveller from Sydney in hotel quarantine and one person is on a cargo ship off the coast.