The independent inquiry into the Ruby Princess slammed NSW Health's "do nothing" decision to allow passengers to disembark without waiting six hours for the results of coronavirus tests. 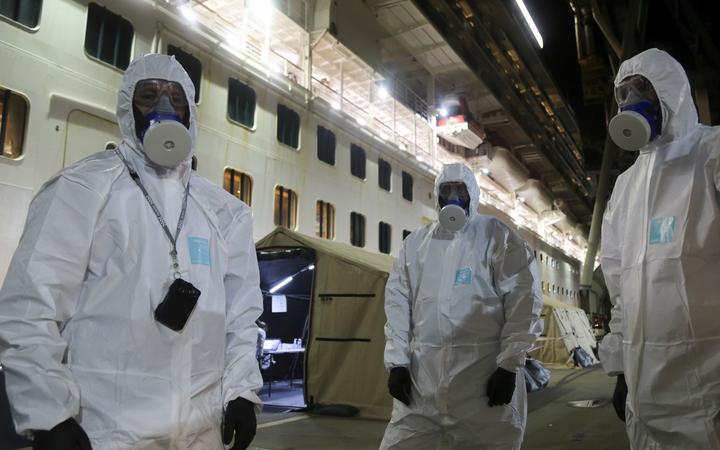 So what should have happened when the cruise liner docked at Sydney's Overseas Passenger Terminal with 120 suspect cases of Covid-19 on board?

The inquiry set out in detail the steps that could have prevented up to 663 Covid-19 cases across Australia.

The swabs should have been tested

In late February, NSW Chief Health Officer Kerry Chant asked the cruise industry to collect Covid-19 swabs when people on board were tested for the flu.

When the Ruby Princess set sail from Sydney on 8 March, there were 25 swabs on board and when it docked on 19 March, 13 coronavirus swabs had been taken.

But about 2600 passengers were allowed to disembark as the samples were taken to a lab.

The report said the swabs, which were taken off the ship at 3am, should have been immediately tested.

In fact, the findings said, a team from NSW Health should have boarded the ship and taken their own Covid-19 swabs from any person showing any symptoms of an acute respiratory illness.

"These swabs should have been sent for urgent testing," the findings said.

Disembarkation should have been delayed

The disembarkation of the vessel was at the centre of a stoush between the NSW Government and the Australian Border Force (ABF), who blamed each other for the misstep. 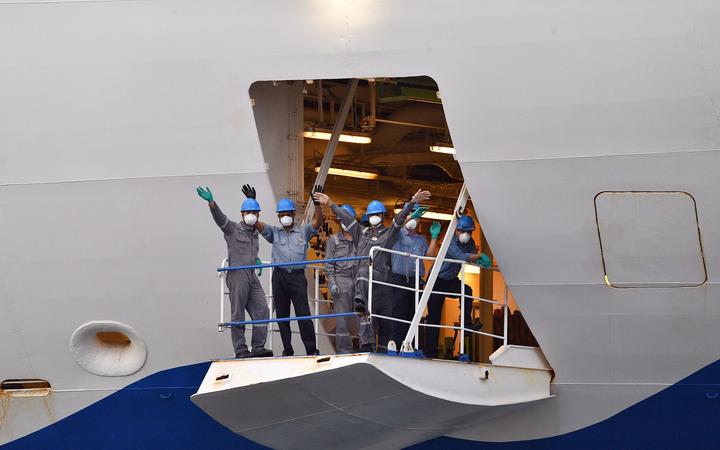 Crew members from the cruise ship Ruby Princess wave as they depart from Port Kembla, some 80 kilometres south of Sydney, on April 23, 2020. Photo: AFP

Last month it was revealed that it was ultimately an ABF officer who gave the vessel clearance to disembark.

"At the conclusion of ABF's customs and immigration checks, someone from the Ruby Princess crew asked whether the vessel had clearance to disembark and [Officer O] responded 'yes'," the Commonwealth's submission to the Commission of Inquiry said.

The findings said a decision should have been made that pratique - that is, the permission to disembark - would not be given until all test results were known.

Passengers and crew should have been confined to their cabins while this happened.

This may have led to additional onboard transmission, the findings conceded.

But ultimately, the risk of this, as professors Kelleher and Grulich noted in their expert report, "could have been ameliorated to some degree by giving masks to people in these cabins and by disinfecting surfaces in the cabins".

Waiting for these test results would have been a matter of just six hours. 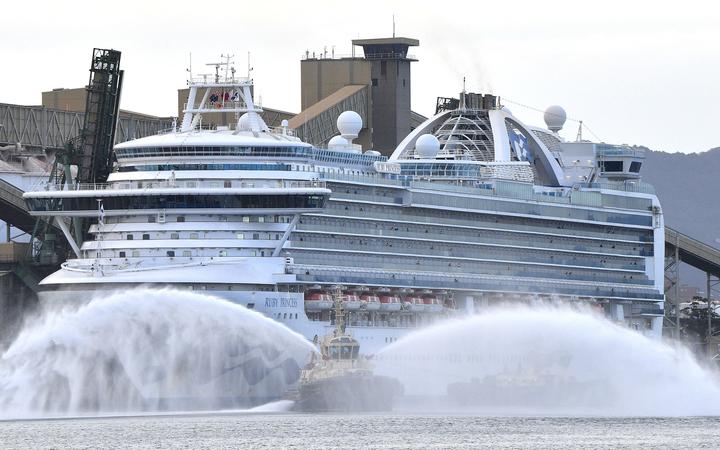 "Once the first positive tests results were known - a matter taking perhaps six hours - all passengers and crew should have been considered suspect cases for Covid-19 regardless of symptoms," the findings said.

"It follows that all passengers and crew would then have been characterised as a 'close contact' of a confirmed case."

But passengers of the vessel disembarked instead, and at least 663 cases of coronavirus and at least 22 deaths eventuated.

Enforced quarantine should have followed disembarkation

The inquiry found people on board should have gone straight into quarantine after they left the Ruby Princess.

All passengers and crew - about 3800 people in total - should have been taken by "secure transport", the findings said, and placed in "enforced quarantine".

"No consideration of personal liberty, inconvenience, or cost is any answer to not putting in place secure transport and enforced quarantine in the circumstances facing the Ruby Princess on 19 March," the findings said.

Every passenger and crew member of the Ruby Princess should have been tested while in quarantine, with those who tested negative released as appropriate.

It would have been a large-scale operation and perhaps seen as an inconvenience by some passengers who had no symptoms of the virus.

Ultimately, the report found, sending almost 3000 people into quarantine at the time would have reduced the risk of the spread of the disease.

And this, the findings said, was "at the heart of public health decision-making".