The US says it has taken control of four Iranian fuel shipments bound for Venezuela in the largest-ever seizure of its kind. 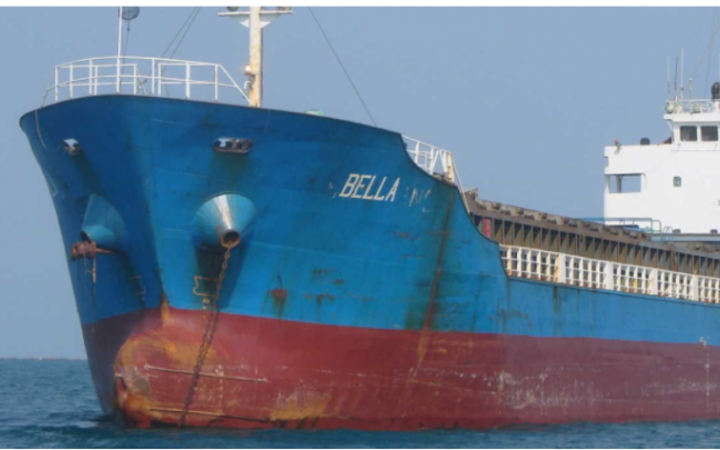 About 1.1 million barrels of fuel were confiscated "with the assistance of foreign partners", according to the Justice Department.

Iran's ambassador to Venezuela claimed that neither the ships nor their owners were Iranian.

A judge issued a warrant for the seizure of the oil cargo from the four tankers after the US filed a lawsuit last month.

In a statement on Friday, the US Justice Department said it had "successfully executed the seizure" of "a multimillion dollar fuel shipment by the Islamic Revolutionary Guard Corps (IRGC)".

The IRGC is a branch of the Iranian armed forces that the US has designated a foreign terrorist organisation.

"This seized property is now in US custody," the statement said, without specifying when or where the seizures took place.

The US Justice Department said that following the seizure, Iran's navy made an unsuccessful bid to board an "unrelated ship" in an "apparent attempt to recover the seized petroleum".

A senior US official told the Associated Press news agency that no military force was used in the seizures and that the vessels themselves were not confiscated. Instead, the official said, the US threatened the ships' owners, insurers and captains with sanctions to force them to hand over the oil.

It is not currently clear where the vessels - the Bella, Bering, Pandi and Luna - are.

"This is another lie and act of psychological warfare perpetrated by the US propaganda machine," he wrote on Twitter.

Tensions between Iran and the US have escalated since Washington's unilateral withdrawal in 2018 from a landmark nuclear deal.

Washington has imposed heavy sanctions on both Iran and Venezuela to block oil exports. It wants to drive Venezuelan President Nicolás Maduro from power and change the behaviour of Iran's leaders.

The tensions between Iran and the US were blamed for attacks on oil two tankers near the Strait of Hormuz in June last year - although Tehran denied US accusations that it was behind the explosions. Later that month, Iran shot down a US drone in the area.

On Friday, a spokeswoman for the US State Department said the proceeds from the seized fuel shipments "could now support the US Victims of State Sponsored Terrorism Fund instead of those engaging in terrorism".