Protests have erupted across Iran after the government unexpectedly announced it was rationing petrol and increasing its price. At least two people have been killed. 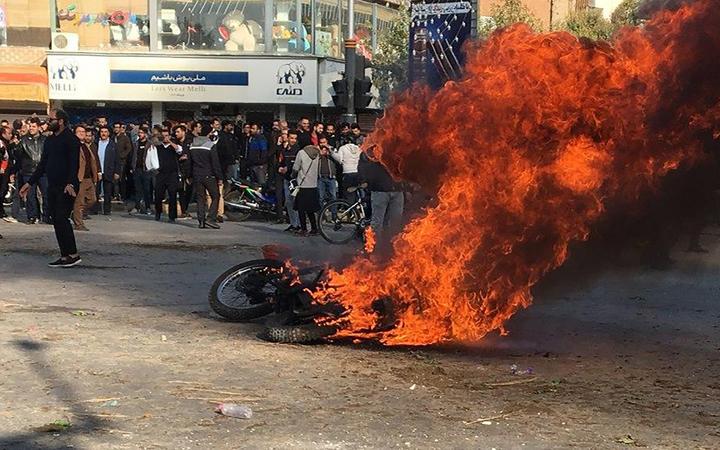 Iranian protesters gather around a burning motorcycle during a demonstration against an increase in petrol prices in the central city of Isfahan. Photo: AFP

Prices rose by at least 50 percent on Friday as subsidies on petrol were reduced.

The authorities say they want to free up money to help the poor.

Iran is already suffering economically due to stiff sanctions imposed by the United States after Washington decided to pull out of the 2015 Iran nuclear deal.

One person was killed during protests in the central city of Sirjan. State news agency Irna said there were clashes with police when protesters attacked a fuel storage warehouse and tried to set fire to it.

A protester also died in the city of Behbahan.

In several cities, dozens of angry motorists blocked roads by turning off car engines or abandoning vehicles in traffic. 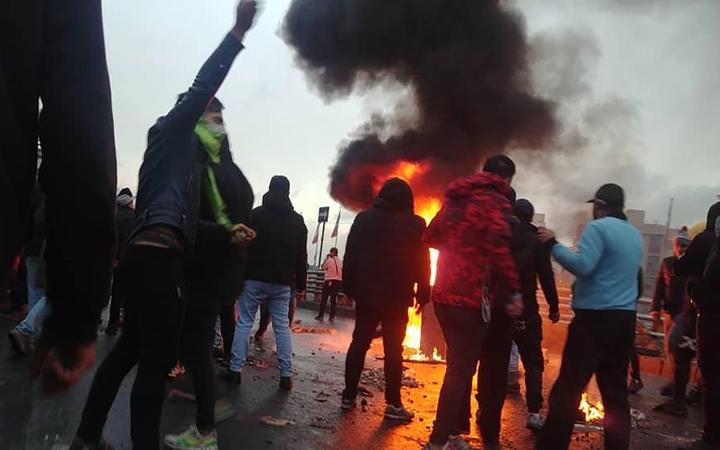 Videos posted online purportedly showed motorists in the capital, Tehran, stopping traffic on the Imam Ali Highway and chanting for the police to support them.

Another clip shows what appeared to be a roadblock across the Tehran-Karaj motorway, hit by the season's first heavy snowfall.

How do the new regulations work?

Previously, drivers were allowed up to 250 litres at 10,000 rials per litre, AP reports.

The revenues gained from removing subsidies on petrol will be used for cash payments to low-income households, the government says.

The head of the Iranian Planning and Budget Organisation, Mohammad Baqer Nobakht, said that from this month, 18 million families would get an extra cash allowance as a result of the price increase.

The new measure is expected to bring in 300 trillion rials per annum, he said on state television.

President Hassan Rouhani said on Saturday that 75 percent of Iranians were currently "under pressure" and the extra revenues from the petrol price hike would go to them and not the treasury. 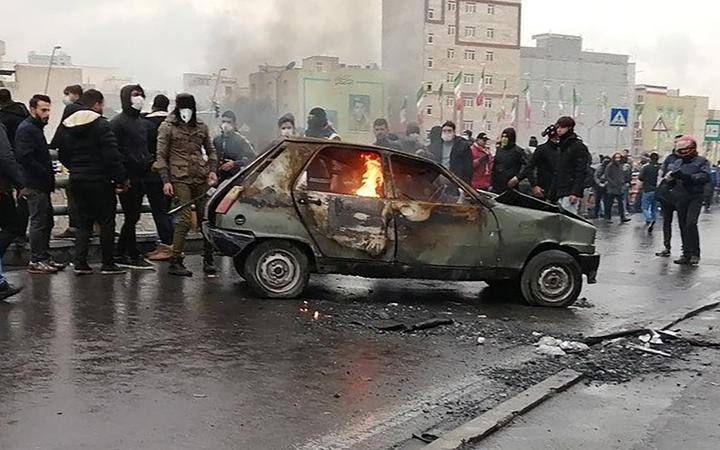 Protesters gather round a burning car in Tehran. Photo: AFP

Iran has some of the world's cheapest fuel prices due to heavy subsidies and the fall in value of its currency.

It is also one of the world's largest oil producers, with exports worth billions of dollars each year. But it has limited refining capacity and sanctions have made it difficult to obtain spare parts for oil plants.

Under the accord, Iran agreed to limit its controversial nuclear activities and allow in international inspectors in return for sanctions relief.

Since the US left the deal, Iran has been gradually stepping up its nuclear activity in breach of the accord, though it has consistently denied wanting to develop nuclear weapons.

The sanctions have led to a sharp downturn in Iran's economy, pushing the value of its currency to record lows, quadrupling its annual inflation rate, driving away foreign investors and triggering protests.