This year's Notting Hill Carnival will swap the streets of West London for computer screens around the world, as the event turns online-only due to the coronavirus pandemic, streaming hours of music and performance. 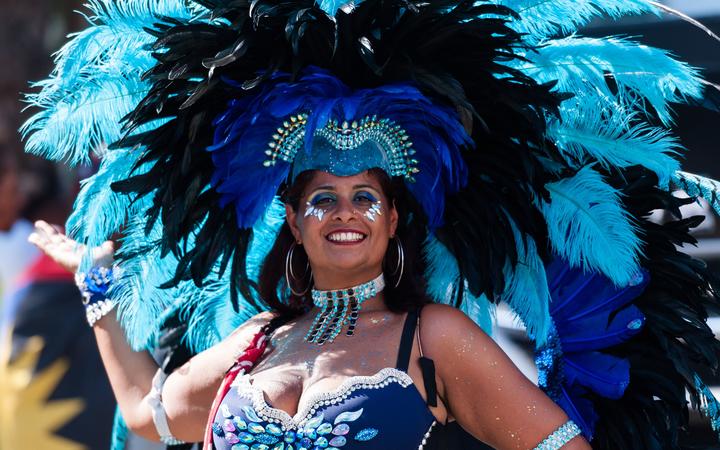 One of the performers in the Notting Hill Carnival usually held in the streets of West London every August. [file pic] Photo: AFP

Held at the end of August each year, the carnival attracts more than a million visitors and is seen as a symbol of interracial tolerance which dates back to the 1960s and celebrates the Afro-Caribbean community.

However, this year there will be no booming sound systems crawling through crowded streets, bedecked with outrageously-costumed dancers. The physical parade was cancelled earlier this year due to Covid-19 restrictions.

Instead, organisers have spent a month filming acts to be broadcast over the internet between 29-31 August.

They are hoping to keep the spirit of the carnival alive and bring it to a wider audience.

"First I was very sad that it wouldn't be on the streets - I still am - but I'm very excited about the possibilities of this year taking carnival into unique places," executive director Matthew Phillip said.

The carnival's roots trace back to post-war racial tension after Britain opened its doors to Caribbean citizens to help ease labour shortages and rebuild the country.

In the same streets where riots once raged, the event celebrating Caribbean music, food, and culture emerged as a focal point for efforts to bring communities together. 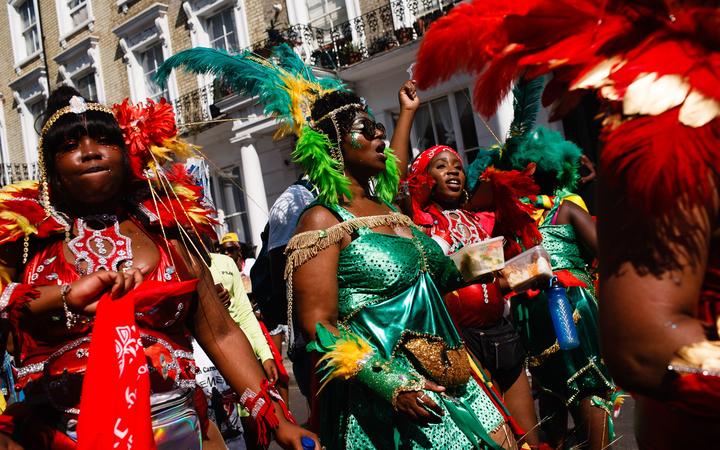 The online 2020 event will be set against a backdrop of heightened focus on racial inequality in Britain, and as a virus that has disproportionately affected Black communities continues to circulate.

Tens of thousand of protesters marched in London in June under the banner of the Black Lives Matter movement, condemning police brutality and racial inequality after the killing of George Floyd in Minneapolis.

So, will the carnival mean something more this year?

"Carnival is always relevant you know ... Carnival itself is almost a protest, it's people claiming the streets," Phillip said. 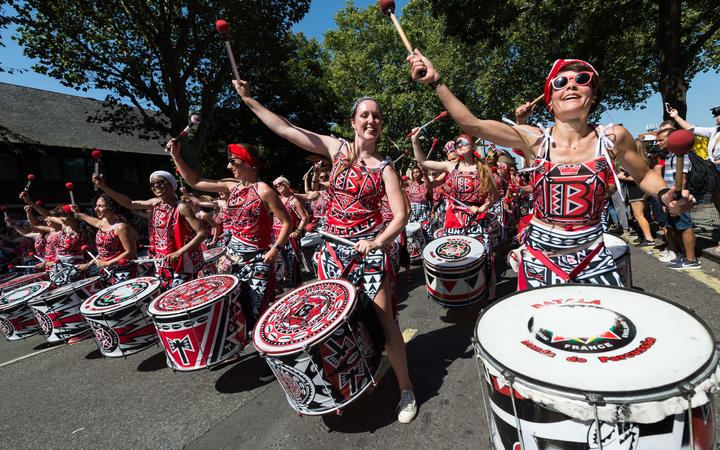 Drum band Batala performs along the streets of West London during the grand finale in 2019. Photo: AFP