Saudi Arabia's Crown Prince Mohammed bin Salman has been accused of sending a hit-squad to Canada in order to kill a former Saudi intelligence official. 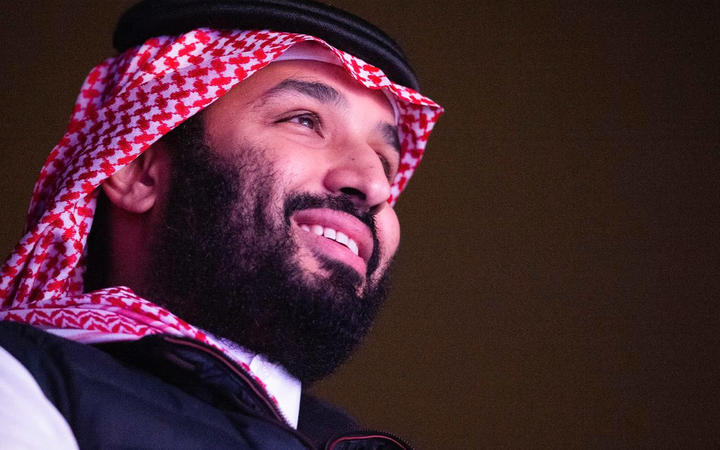 The failed plan to kill Saad al-Jabri was soon after the murder of journalist Jamal Khashoggi in Turkey, court documents filed in the US allege.

Jabri, a veteran of the government of Saudi Arabia, fled into exile three years ago.

He has been under private security protection in Toronto since.

The alleged plot failed after Canadian border agents became suspicious of the hit-squad as they attempted to enter the country at Toronto's Pearson International Airport, court documents say.

Jabri, 61, was for years the key go-between for Britain's MI6 and other Western spy agencies in Saudi Arabia.

The 106-page unproven complaint, which was filed in Washington DC, accuses the crown prince of attempting to murder Jabri in order to silence him.

Jabri says this is down to him possessing "damning information". The document says this includes alleged corruption and overseeing a team of personal mercenaries labelled the Tiger Squad.

Members of the Tiger Squad were involved in the murder of dissident journalist Khashoggi, who was killed inside the Saudi consulate in Istanbul in 2018, it says.

"Few places hold more sensitive, humiliating and damning information about defendant bin Salman than the mind and memory of Dr Saad - except perhaps the recordings Dr Saad made in anticipation of his killing," the document says.

After fleeing Saudi Arabia ahead of a purge by the all-powerful crown prince in 2017, Jabri fled to Canada via Turkey.

He alleges Mohammed bin Salman made repeated efforts to return him to Saudi Arabia, even sending private messages, including one that read: "We shall certainly reach you".

Then, less than two weeks after the murder of Khashoggi, Jabri says the Tiger Squad travelled to Canada with the intention of killing him.

The court filing says the group - which included a man from the same department as the man accused of dismembering Khashoggi - were carrying two bags of forensic tools.

However, Canadian border agents "quickly became suspicious" of the group and refused them entry after interviewing them, it says.

Jabri is accusing the crown prince of attempted extrajudicial killing in violation of the US Torture Victim Protection Act and in breach of international law.

The Saudi government did not respond to a request for comment.

Canada's Federal Minister of Public Safety Bill Blair said he couldn't comment on the specific case but said the government was "aware of incidents in which foreign actors have attempted to monitor, intimidate or threaten Canadians and those living in Canada." 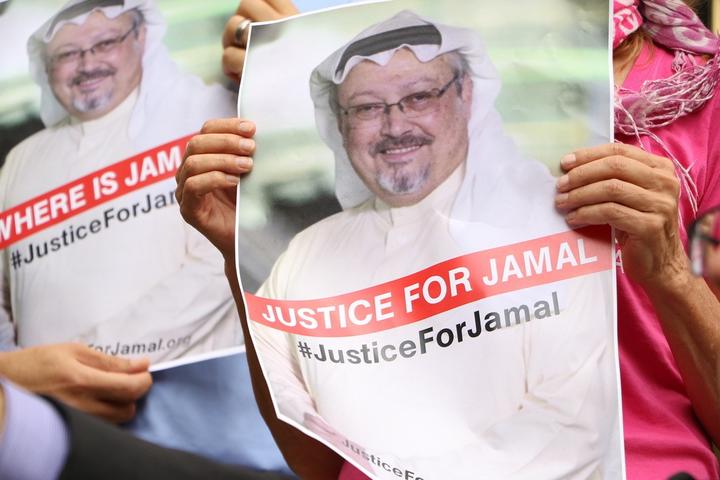 "It is completely unacceptable and we will never tolerate foreign actors threatening Canada's national security or the safety of our citizens and residents. Canadians can be confident that our security agencies have the skills and resources necessary to detect, investigate and respond to such threats," he said.

"We will always take the necessary action to keep Canadians and those on Canadian soil safe and we invite people to report any such threats to law enforcement authorities."

In May, the BBC reported that Jabri's children had been seized as "hostages", according to his eldest son, Khalid.

Who is Saad al-Jabri?

For years he was the right-hand man to Prince Mohammed bin Nayef, who was widely credited with defeating the al-Qaeda insurgency in the 2000s. He was also the linchpin in all Saudi Arabia's relations with the "Five Eyes" (US, UK, Canada, Australia, New Zealand) intelligence agencies.

A quiet-spoken man with a doctorate in artificial intelligence from Edinburgh University, Jabri rose to the rank of cabinet minister and held a major-general's rank in the interior ministry.

But in 2015 everything changed. King Abdullah died and his half-brother Salman ascended to the throne, appointing his young and untested son Mohammed bin Salman, widely known as MBS, as defence minister.

In 2017 Mohammed bin Salman carried out a bloodless palace coup with his father's blessing. He effectively usurped the next in line to the throne, Prince Mohammed bin Nayef, becoming crown prince himself.

That deposed prince is currently arrested, his assets have been seized and those who worked for him have been removed from their posts. Jabri then fled to Canada.