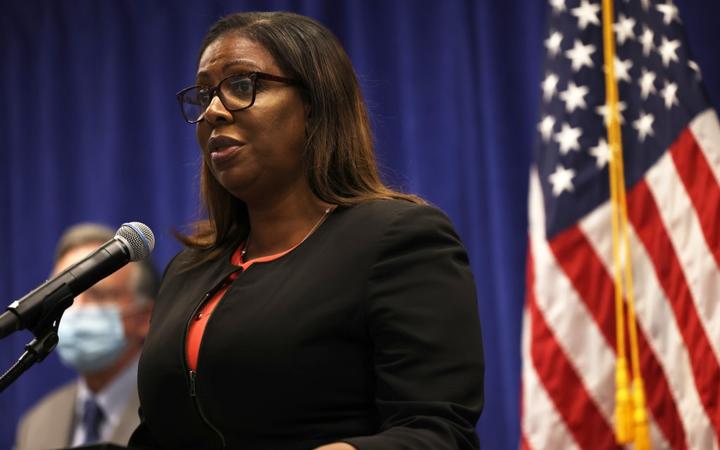 Attorney General Letitia James announces a lawsuit against the NRA, at a media briefing in New York. Photo: AFP

Letitia James said the NRA had diverted millions of dollars to leaders including its head, Wayne LaPierre, for their personal use.

"For these years of misconduct we are seeking an order to dissolve the NRA in its entirety," she said.

The NRA described the lawsuit as a "baseless, premeditated attack".

NRA accused of being 'fraudulent'

James said that the four named defendants - LaPierre, Wilson Phillips, Joshua Powell and John Frazer "instituted a culture of self-dealing, mismanagement and negligent oversight at the NRA that was illegal, oppressive and fraudulent".

The attorney general outlined a litany of charges against the defendants, but accused LaPierre, long the face of the powerful gun lobby group, of being the "central figure" behind the organisation's wrongdoings.

One example of misconduct alleged in the lawsuit states that LaPierre visited the Bahamas more than eight times by private plane using funds intended for the NRA, for a total cost of $US500,000 ($NZ744,000). 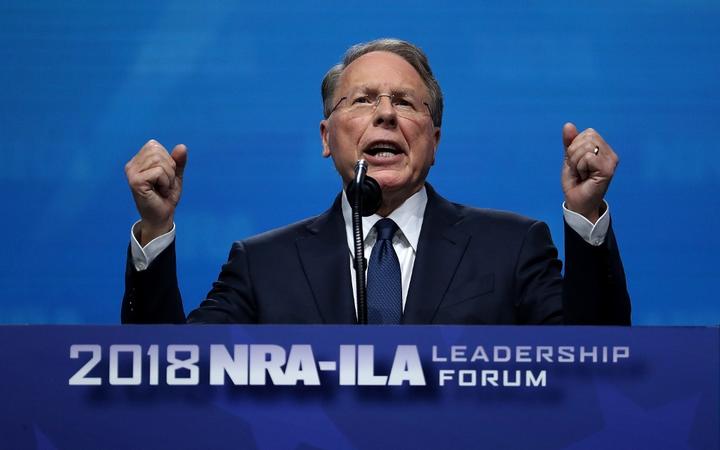 The NRA's head, Wayne LaPierre, is regarded as the face of the NRA. [file pic] Photo: AFP

The corruption "is so broad", James said, that total dissolution of the organisation is necessary.

Responding to questions, James, a Democrat, rejected the notion that the charges against the NRA - closely tied to the Republican party - were at all influenced by her own politics.

"We followed the facts and the law," she said. "We've come to the conclusion that the NRA unfortunately was serving as a personal piggy bank to four individual defendants."

Founded in 1871 as a recreational group designed to "promote and encourage rifle shooting", the National Rifle Association has grown into one of the most powerful political organisations in the US.

The NRA now lobbies heavily against all forms of gun control and argues aggressively that more guns make the country safer. It relies on, and staunchly defends, a disputed interpretation of the Second Amendment to the US Constitution, which it argues gives US citizens the rights to bear arms.

The NRA spends about $250m per year, far more than all the country's gun control advocacy groups put together.

The organisation has boasted some high-profile members over the years, including former president George HW Bush. Bush resigned from the group in 1995 after La Pierre referred to federal agents in the wake of the Oklahoma City bombing as "jack-booted thugs".