Victorian Premier Daniel Andrews has announced an additional 471 coronavirus cases and eight deaths over the latest 24-hour period, as stage 4 restrictions limiting the number of workers allowed out of their homes leave an estimated 250,000 employees housebound. 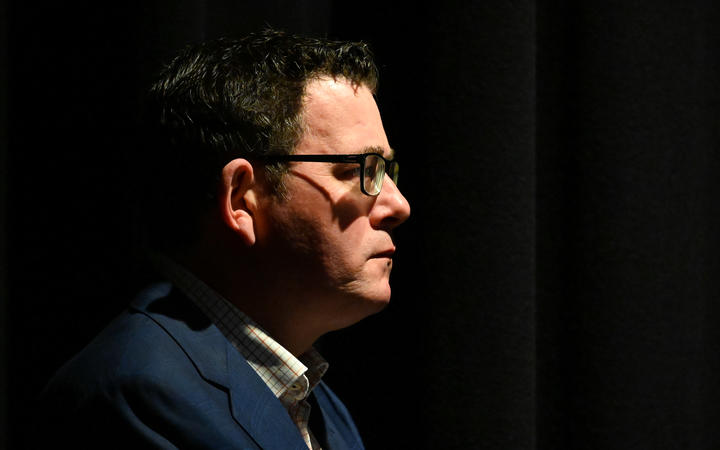 The deaths included two men in their 60s, three men and two women in their 80s, and one woman in her 90s.

Four were linked to aged care.

Andrews said there were 107 new cases of community transmission, which he called "mystery cases".

"They won't be from today's data, and those cases that are under investigation.

"They will lag behind a day or two, but that's from that coronavirus detective work that's been done from yesterday's numbers and the numbers before.

At a media conference, Andrews was asked if he could provide some hope for Victorians staring down the barrel of another lockdown.

"The only thing I can predict is that the virus won't stop. Neither will I. Neither will the team I lead. We will do everything we possibly can, with the cooperation and support of Victorians, to drive these numbers down.

"That's the commitment I can give. I can predict no more than that.

"Other than, I suppose, to say, if people don't follow these rules, if we don't all accept that we're in this together - whether we like that fact or not - we will not drive these numbers down.

"These are very difficult decisions. And today is a tough day, one among many.

"Trying to predict where this wildly infectious virus will be in a day, let alone in six weeks, is really tough.

"But the experts tell us, if we follow these rules, if we see this through, then we will drive these numbers down."

Andrews confirmed that in-home childcare is only allowed for permitted workers. He acknowledged the challenge that would present for parents working in non-essential jobs.

"We can't continue to have the amount of movement that we have had. We cannot continue, any of us, to think that unless we make profound changes that we'll deliver less movement, less contact, that we have any chance of having lower case numbers. We simply don't."