It will take a minimum of six weeks in hard lockdown for the Australian state of Victoria to claw back control of its Covid-19 outbreak, and even then it will be a massive task, an epidemiologist and World Health Organisation advisor has told Checkpoint.

At midnight Wednesday non-essential business in the state must close. A quarter of a million workers have been ordered to stay home, and those who still need to work will require a permit.

Professor Mary-Louise McLaws is an epidemiologist at the University of New South Wales and is an advisor to the World Health Organisation's expert panel for Covid-19.

She said the record 725 cases in Victoria reported today are part of a long, stubborn peak.

Getting an idea of how well officials were handling the outbreak was an enormous task, she said.

"Every one of those 400-odd yesterday and … 700 today, they have a number of contacts every day of at least 10 people. And if they're younger, they'll have more contacts.

"Looking at the breakdown by age in Melbourne, they have 35 percent of all cases are 20- to 34-year-olds," Professor McLaws said.

That demographic has a lot of social connection, many will be casually employed across several work areas.

"If they are infectious, a couple of days before they start showing symptoms, if they're not keeping their mask on all day long at work, in the lunchroom, in the bathroom, everywhere, and keeping the hands from contaminating high touch surfaces, it's going to be very difficult.

"I've been tracking [Victoria's] numbers and plotting it for a two-week period. And they looked at if they were hitting their peak towards late July, then they dropped, then they went up again," Professor McLaws said. 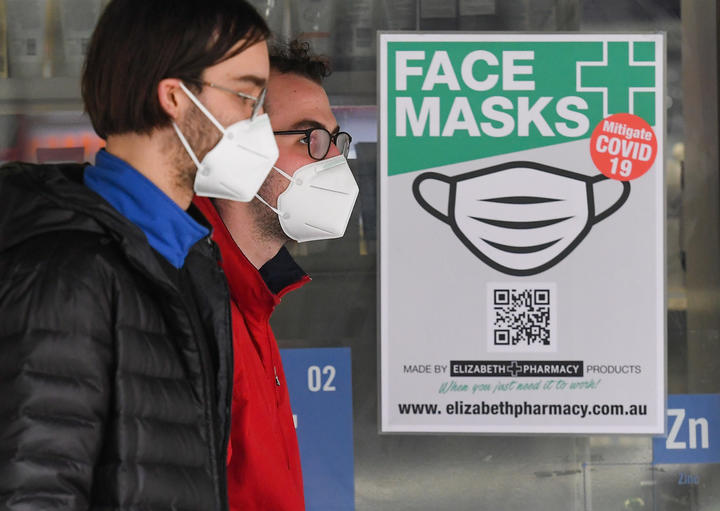 In Melbourne, 35 percent of Covid-19 cases are 20 to 34 year olds, a demographic which has a lot of social connection with many casually employed across several work areas. Photo: AFP

Increasing the rate of testing is essential, she said, but delays are causing problems.

"In July alone I think they were doing something like 700,000 tests. To get those through all of the laboratories in Melbourne is a very, very big task. So they may be a couple of days behind. And of course, usually in an outbreak you plot the day of onset of illness but we're plotting the date of diagnosis, as the case is coming through the lab.

"So if there's a delay then there'll be a bit of a spike or a bit of a trough while they're waiting for the cases."

Victoria's Covid-19 cases rose dramatically at the end of the first week of July, and since then have remained stubbornly high, Professor McLaws said.

"I do think that everybody needs to be told if they've had any exposure, and they don't have any symptoms, they still need to stay at home. Because we know that 100 percent of cases can be infectious a couple of days before they become symptomatic."

She said it was estimated 18 percent of positive Covid-19 cases would remain asymptomatic the whole way through the illness.

"The remaining 82 percent are pre symptomatic, but potentially excreting virus a couple of days before they start getting sick.

"You've got to put the lid down on the toilet because you can excrete it - not in big numbers, but in your faeces - and that can aerosolise. There are a whole lot of reasons why it's very difficult to contain it outside the home in a crowded workplace."

Victoria's lockdown will achieve its goals, Professor McLaws said, but it will take "a good six weeks".

"Trying to get it down always happens slowly, because we're always behind in the data."

She has a warning for New South Wales: "Wear a mask immediately in public. The numbers don't look big, the numbers look very containable. However they certainly did for Victoria as well."