India has reported more than 50,000 daily coronavirus cases for the first time, driven by a surge in infections in rural areas at a time when the government is further easing curbs on movement and commerce. 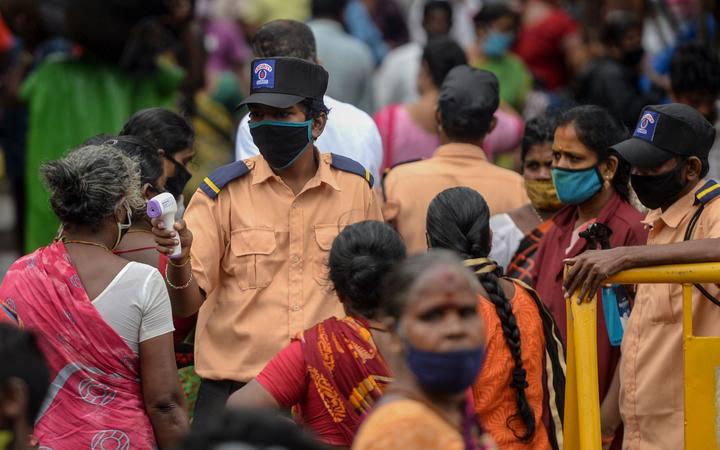 A health worker takes a woman's temperature at a market in Chennai, India. Photo: AFP

There were 52,123 new cases in the previous 24 hours, according to federal health data, taking the total number of infections to almost 1.6 million.

Some 775 people died of Covid-related conditions over the same period, raising total deaths to just under 35,000 - low compared to the total number of cases, but showing little sign of slowing.

While major cities like New Delhi and Mumbai have seen their cases ease, infections in rural areas are continuing to rise sharply, alarming experts who fear weak healthcare systems there will be unable to cope.

India has the third highest number of infections globally, behind the United States and Brazil. It has nearly 20 times the number of cases of China, which has a similar-sized population and where the virus was first recorded late last year.

Separately, New Delhi announced the third phase of easing restrictions that had been aimed at preventing the spread of the virus. An evening curfew will be lifted from 1 August, and gyms will be allowed to open, but schools, cinemas, and bars will remain closed.

The restrictions, which included an almost total shutdown of the country for nearly three months, have hurt small businesses in what is still predominantly a low-income country.

Consumer demand is showing little sign of picking up ahead of India's festival season, where it usually rises significantly.

"Every year we get orders for big idols, but this year due to Covid-19 restrictions we didn't get any," Alagar, an idol maker in the southern city of Madurai, said today. 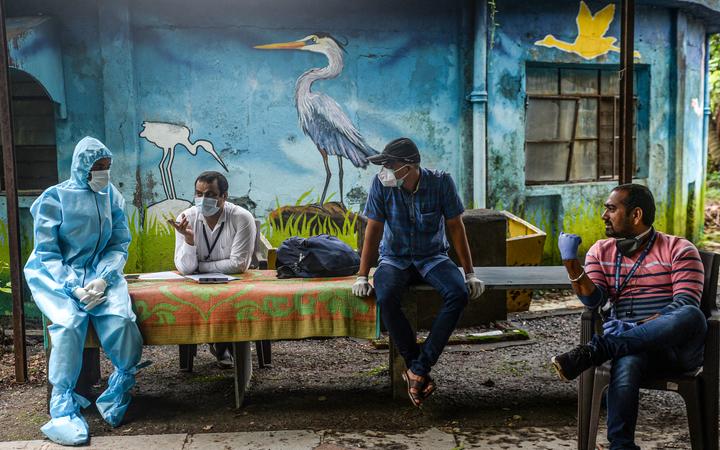 Vietnam, virus-free for months, has also had a harsh reminder of the dangers with a new surge spreading to six cities and provinces in six days, linked to an outbreak in the central city of Danang.

Authorities told tens of thousands of people who visited Danang to report to disease control centres, as nine new cases were confirmed, taking total infections to 42 since the virus resurfaced at the weekend.

Cases have also appeared in the capital, Hanoi, the southern commercial hub of Ho Chi Minh City and in the Central Highlands.

Thanks to a centralised quarantine programme and aggressive contact-tracing, Vietnam has registered a total of only 459 cases, with no deaths.

But now more than 81,000 people are in quarantine and authorities in Hanoi said the more than 20,000 residents who recently returned from Danang, a holiday getaway that has been a big draw since restrictions were eased, would be tested.

Prime Minister Nguyen Xuan Phuc said the new surge was different to a wave Vietnam fought in March, and every province and city was at risk, state broadcaster Vietnam Television reported.