Zero deaths. It's an achievement amid the coronavirus pandemic that governments from the United States to Italy can only dream of. 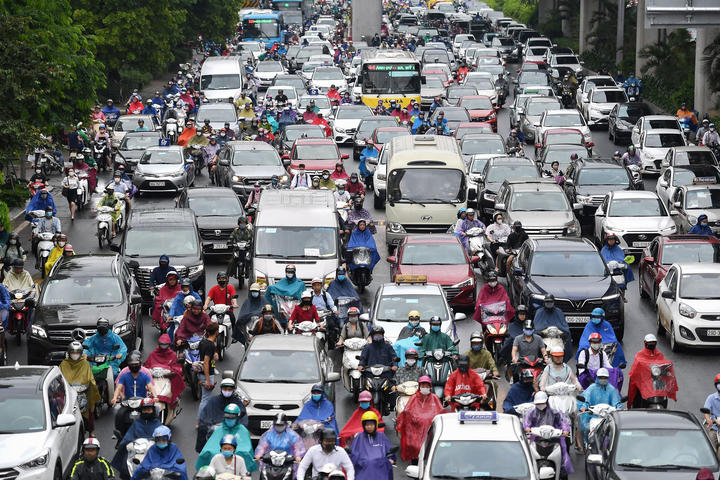 While cases of Covid-19 shoot up in wealthy Singapore and the disease continues on a worrying trend elsewhere in South-East Asia, Vietnam is an unlikely outlier.

It has a land border spanning more than 1400 kilometres with China, where the novel coronavirus originated, a population of more than 90 million, and a GDP per capita 16 times less than New Zealand's.

Nevertheless, Vietnam's lack of coronavirus deaths remains the envy of the world.

As of Monday, authorities reported a further eight recoveries from the virus, bringing the total number of people cured in Vietnam to 249. That's of a total of just 288 confirmed cases.

By contrast, Malaysia has 6276 cases. Tiny Singapore, with only a fraction of Vietnam's population, has a whopping 23,787.

"Australia really focused on Singapore but Singapore is one of the greatest failures in the world now," Mike Toole, a communicable diseases specialist with the Melbourne-based Burnet Institute, told the ABC.

"Vietnam is not in that situation. I think it's a remarkable achievement for such a huge country."

Can we believe the hype?

Vietnam is an authoritarian, one-party state which is notoriously secretive about sharing information.

But most experts believe Vietnamese authorities are being honest about coronavirus statistics.

Huong Le Thu, an analyst at the Australian Strategic Policy Institute, told the ABC that given international organisations, foreign epidemiologists and even Australia's ambassador to Hanoi have expressed confidence in the data, she had "no reason" to doubt the figures.

The Reuters news agency reported none of the 13 funeral homes it contacted in Hanoi have seen an increase in funerals amid the pandemic.

"I know I sound like I've drunk the Kool-Aid, but I don't see any alarm bells ringing about the accuracy or lack of transparency in the numbers," said Sharon Kane, Vietnam country director at Plan International, an NGO that works on public health. 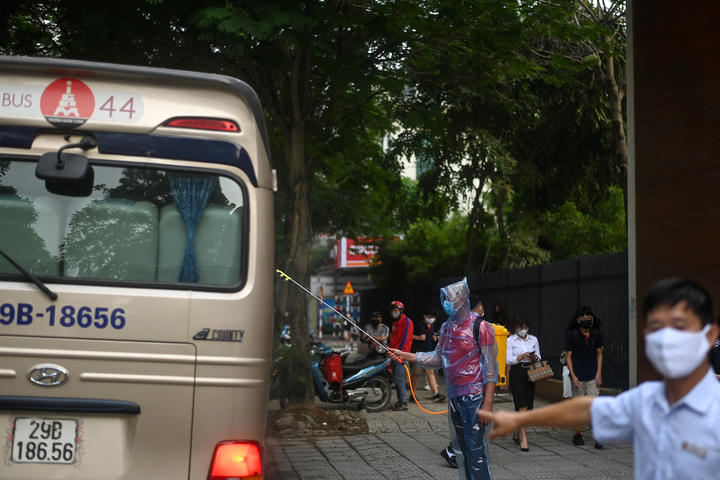 A health worker sprays disinfectant on a school bus in Hanoi on 4 May, as schools re-opened after a three-month closure. Photo: AFP

"There was an honest realisation and reporting by the government from the beginning of January about the limited clinical resources available if this epidemic took hold, so Vietnam was swift in trying to keep the outbreak under control."

"They didn't pretend it was just like the flu," Professor Toole said.

"They described symptoms, they told people where to get tested."

Most importantly, it did these things quickly.

"From very early on, it was understood that this is something very serious, a virus that can infect everyone," Dr Le Thu said.

"Not just the person affected but everyone around them." 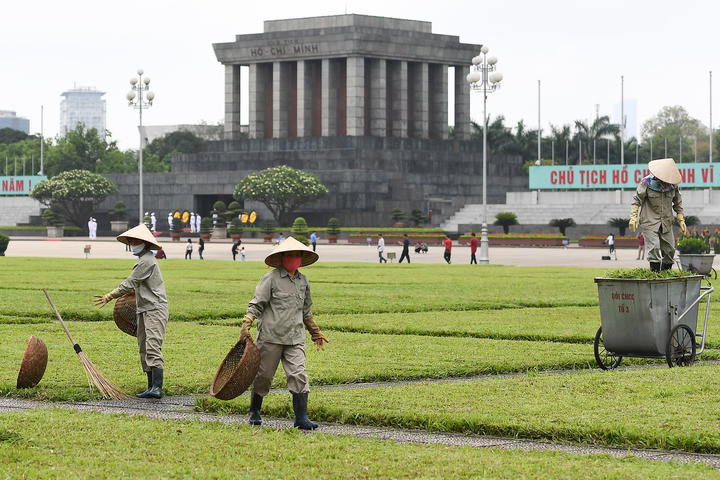 Workers tend to grass at Ba Dinh square outside the Ho Chi Minh mausoleum in Hanoi, on May 13, 2020, as tourist spots began reopening. Photo: AFP

Reporting its first case on 22 January, Vietnam rapidly moved to establish a ministerial taskforce known as the National Steering Committee on Covid-19 Prevention and Control.

Professor Toole said Vietnam "acted probably faster than any country in the world outside China".

By 1 February, flag carrier Vietnam Airlines announced the suspension of all flights to and from China, Hong Kong and Taiwan. Borders were closed soon afterwards, suspending all international flights by 21 March.

"There were many lessons learnt from the SARS epidemic of 2003, and the government has cleverly used this rich experience and acted responsibly," Kane said.

Those returning to Vietnam have been required to quarantine for 14 days at government-funded and operated facilities.

Vietnam has isolated all people even suspected of being infected. Tens of thousands of people have been placed into quarantine.

"By that point, the US didn't even have an effective test," Professor Toole said. "Vietnam had three."

The number of laboratories able to test for Covid-19 in Vietnam went from three in January to 112 by April.

"Vietnam has chosen a 'low-cost' strategy of testing those in isolation instead of conducting expensive large-scale screening," Ton Sinh Thanh, a former Vietnamese ambassador to India, wrote recently.

"Many tests were administered to people who were at a high risk of exposure, such as those at markets in Hanoi."

Vietnam's famous propaganda machine was meanwhile mobilised to encourage positive habits such as using hand sanitiser, which was made readily available.

The government made wearing masks outside compulsory on March 16, with harsh penalties for those not complying.

"It has become a matter of patriotism to wash one's hands and stay home - a message that has been successfully communicated through various forms of popular art and propaganda about Covid-19," Dr Le Thu said.

Slogans have included "staying home is loving your country", "social distancing is a form of patriotism", and "the virus is your enemy".

"The government was very creative," Professor Toole said. "Every day, different parts of the government would text citizens with information."

A catchy coronavirus pop song released by Vietnamese authorities went viral in March, racking up millions of views on YouTube.

"I have observed Vietnam as, overall, a culture of collective good, public neighbourhood surveillance and reporting, and with an active, if not somewhat restrictive, social media environment," Kane said.

Vietnam back open for business

With no local cases reported in almost a month, Vietnam has reopened businesses and tourist attractions.

Schools have reopened, subject to social distancing measures, with children's temperatures being taken and hand sanitiser being provided to students.

Vietnam Airlines has said it will resume all domestic flights by the beginning of June.

Tourist spots, including the mausoleum for late president Ho Chi Minh in Hanoi, have also reopened. 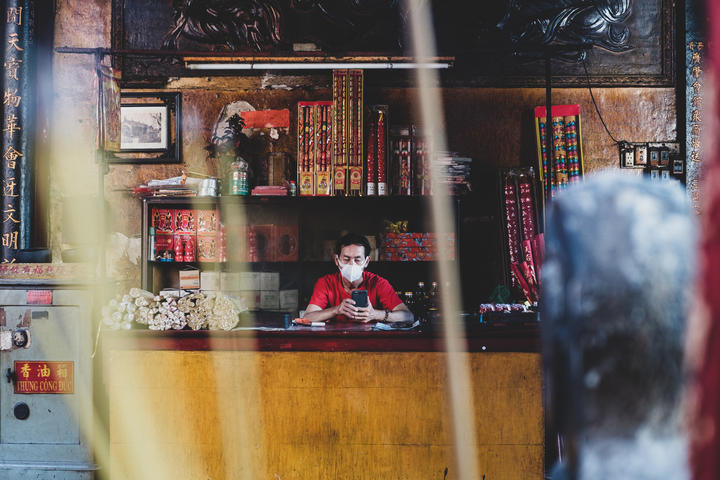 Tourism is an important part of Vietnam's economy, directly employing 750,000 people and accounting for almost 8 percent of its GDP in 2017.

Vietnam's economy has taken a major hit from coronavirus, recording a decade-low rate of growth of 3.8 percent in the first quarter of 2020.

With flight cancellations and travel bans likely to stay in place for the foreseeable future, Vietnamese authorities are looking to offset long-term economic consequences of coronavirus.

The government this week announced a campaign called "Vietnamese people travel to Vietnamese destinations", aimed at promoting domestic tourism as the country comes out of lockdown.

While Vietnam continues to repatriate its nationals, the threat of coronavirus being brought from overseas remains. Authorities have recently confirmed 20 imported cases.

"But we need to stay vigilant."