A spike in coronavirus cases in Spain has prompted new measures amid fears of a more widespread "second wave". 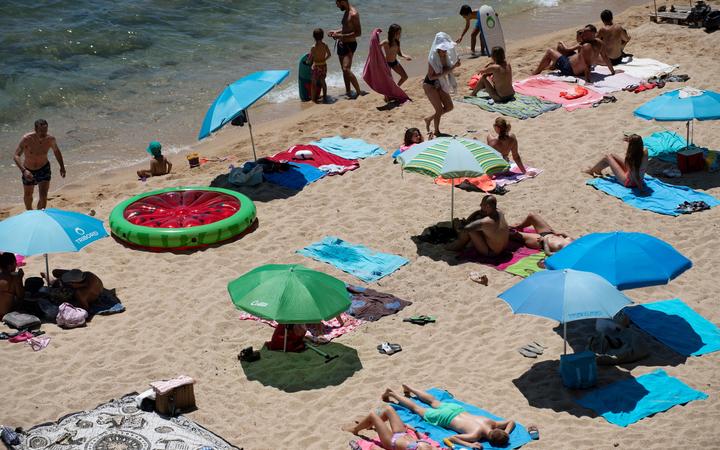 Spain's tourism sector will take another hit with countries such as the UK reintroducing quarantine for travellers returning home. Photo: AFP

Catalonia has closed its nightlife for two weeks but cities outside the north-eastern region are also seeing a surge.

France, which has seen a rise too, has issued a travel warning and Norway is quarantining arrivals from Spain.

Germany has also hit a two-month high on new infections, as nations grapple between staving off fresh outbreaks and reopening economies.

Travellers returning to the UK from Spain will have to quarantine for 14 days from later today, the UK government has announced. It is also advising against all but essential travel to Spain.

The European rises are echoed in far bigger increases across the rest of the globe, with record daily new-infection figures of around 280,000 in both of the past two days.

"While no country is unaffected, this rise is driven by high transmission in large and populous countries in the Americas and South Asia," the World Health Organisation (WHO) said in a statement.

There have been more than 15.7 million cases globally and more than 640,000 deaths, according to Johns Hopkins University.

What is happening in Spain?

Barely a month after Spain ended its state of emergency, cities including Barcelona, Zaragoza and the capital, Madrid, have seen a surge in new infections, prompting the government to warn that a second wave could be imminent.

The government of Catalonia now says all nightclubs and late-night bars in the region are to close for the next two weeks.

The Spanish health ministry reported more than 900 new cases of the virus yesterday. One football team in the second division, Fuenlabrada, now has 28 confirmed cases.

The BBC's Guy Hedgecoe in Madrid says contagion among young people is a particular worry, as they have been gathering in large numbers in cities at night.

Epidemiologist Dr Daniel Lopez-Acuna told the BBC the average age of cases could rise "because the transmission is going from the youngsters to the rest of the household, and certainly the elderly".

France has warned its citizens not to travel to Catalonia while Norway has said it will start quarantining people arriving from Spain.

Belgium has banned travel to Huesca and Lleida, with recommendations against travel to a number of other areas in Spain. 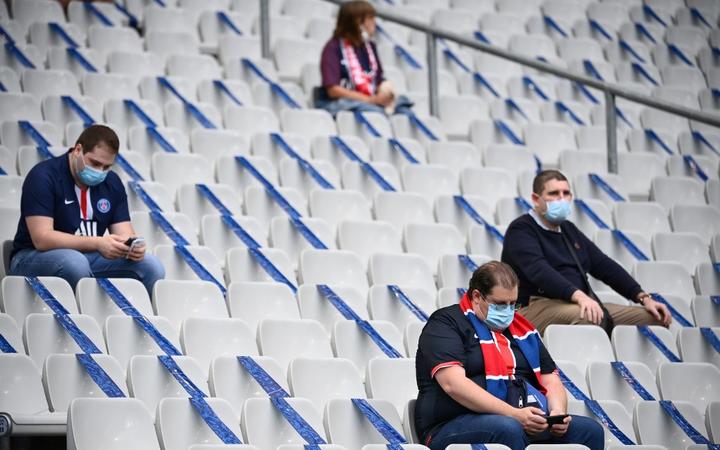 Most countries in Europe are seeing increases and outbreaks but want to keep economies functioning and hope any second wave will be regionally limited.

Belgium has slowed down its reopening amid a sharp rise in cases.

Italy is isolating arrivals from Romania and Bulgaria for two weeks after a number of imported cases.

French Prime Minister Jean Castex says people arriving from 16 countries where the virus is widely circulating will be subject to on-the-spot coronavirus tests.

France's health ministry said there were now more than 1000 new cases each day in hospitals.

Germany has said it may introduce compulsory testing for holidaymakers returning from high-risk destinations after infections hit a two-month high.

WHO worried at trends

The trajectory is still worryingly upwards, says the WHO - more than a quarter of a million new cases for three days straight up to yesterday.

One major concern is India, where there are now 1.3 million confirmed cases - 100,000 of them in just the past two days - with experts fearing the worst is still to come. 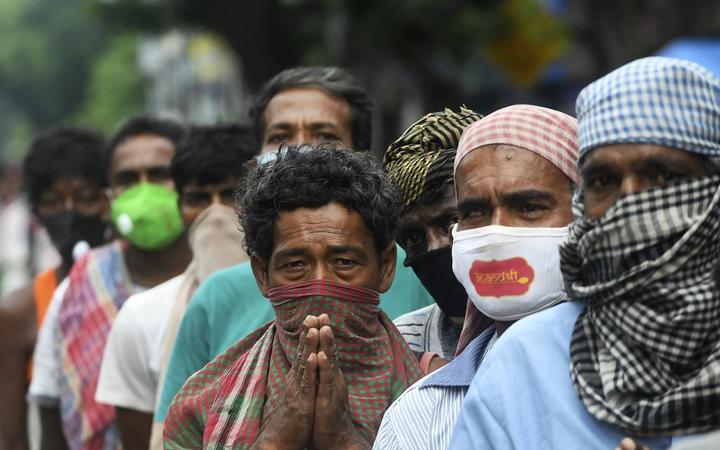 Homeless people line up for food in Kolkata, India. It's feared the country is still to see a peak in its Covid-19 cases. Photo: AFP

One of those to have tested positive was the chief minister of the state of Madhya Pradesh, Shivraj Singh Chouhan, who urged people not to be careless.