Poland will take steps next week to withdraw from a European treaty on violence against women, which the right-wing cabinet says violates parents' rights by requiring schools to teach children about gender, the justice minister said today. 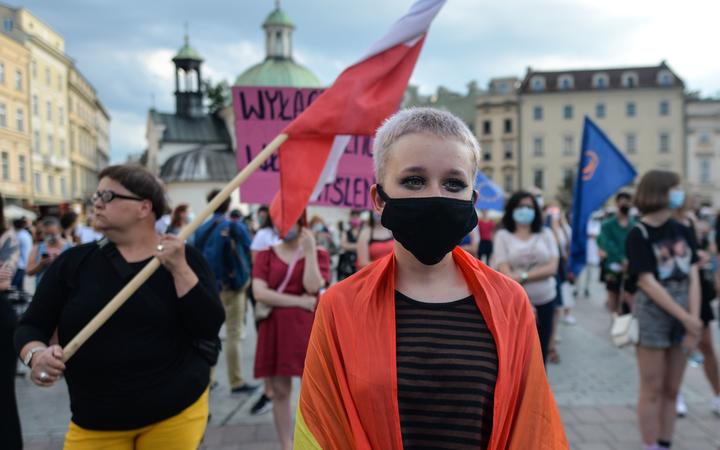 The plan prompted thousands to protest across Poland including in Krakow. Photo: AFP

Zbigniew Ziobro told a news conference his ministry would submit a request to the labour and families ministry tomorrow to begin the process of withdrawing from the treaty, known as the Istanbul Convention.

"It contains elements of an ideological nature, which we consider harmful," Ziobro said.

He added that reforms introduced in the country in recent years provided sufficient protection for women.

Poland's ruling Law and Justice (PiS) party and its coalition partners closely align themselves with the Catholic Church and promote a conservative social agenda.

Hostility to gay rights was one of the main issues promoted by President Andrej Duda during a successful re-election campaign this month.

Duda described the promotion of LGBT rights as an "ideology" more destructive than communism.

Thousands of people, mostly women, protested in Warsaw and other cities against proposals to reject the treaty yesterday.

"The aim is to legalise domestic violence," Marta Lempart, one of the protest organisers said at a march in Warsaw. 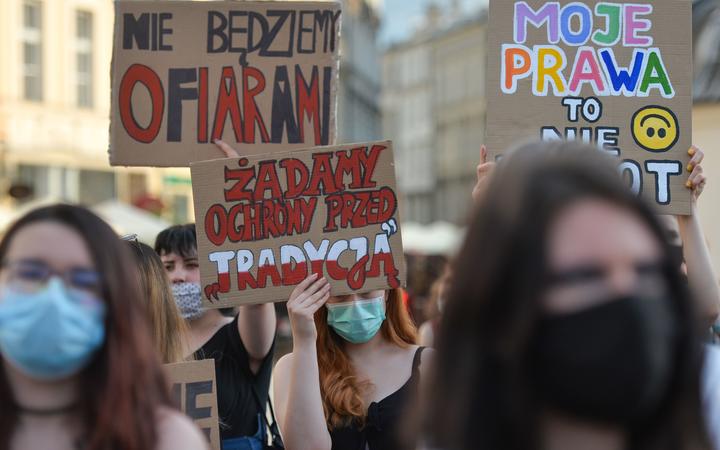 Some fear the government's decision will lead to a rise in domestic violence. Photo: AFP

Some protesters carried banners saying "PiS is the women's hell".

PiS has long complained about the Istanbul Convention, which Poland ratified under a previous centrist government in 2015. The government says the treaty is disrespectful towards religion and requires teaching liberal social policies in schools, although in the past it has stopped short of a decision to quit.

Ziobro, the justice minister, represents a smaller right-wing party within the ruling coalition. A government spokesperson was not available for comment on whether Ziobro's announcement of plans to quit the treaty represented a collective cabinet decision.

The World Health Organisation says domestic violence has surged this year in Europe during months of lockdown aimed at fighting the coronavirus.