Poland has admitted to briefly invading the Czech Republic last month in what the Polish Defence Ministry described as a "misunderstanding". 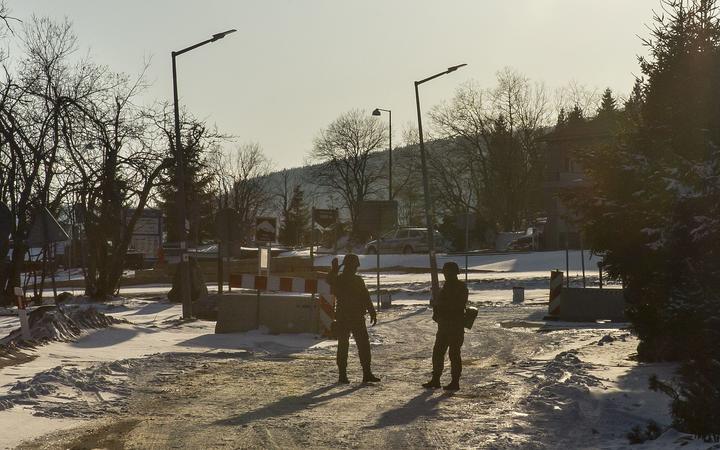 Polish soldiers at the Okraj's pass border post between Poland and the Czech Republic after Poland closed its borders to foreigners because of the Covid-19 pandemic. [file pic] Photo: AFP

Polish troops guarding the frontier as part of coronavirus measures took up positions by a chapel on the Czech side of the border. They apparently stayed there for several days.

The incident took place in north-eastern Moravia, in an area that forms part of the historical land of Silesia - part of which extends into today's Czech Republic.

Poland has described the incident as a mistake, although the Czech Foreign Ministry has said it has yet to receive an official explanation.

The story first appeared in the regional Denik newspaper.

A construction engineer overseeing repairs at the chapel had wanted to take photographs of the plaster.

But he was turned away by Polish soldiers armed with machine guns, who had set up a roadblock on the path leading to the chapel.

Denik later dispatched a photographer to the site. His photographs appear to confirm the engineer's account.

The chapel lies 30 metres inside Czech territory. The border is formed by a small stream.

Denik claimed the soldiers had initially taken up positions on the Polish bank of the stream, but for unknown reasons had decided to make a brief incursion into Czech territory.

It is unclear how long the Polish "occupation" lasted.

The construction engineer says he was turned away from the site on 28 May. The soldiers were still there at the weekend, reported Denik, when the Czech equivalent of Friends of the Earth was due to hold a small scheduled meeting in Pelhrimovy, a local village.

The movement's local co-ordinator, Ivo Dokoupil, attempted to explain to the Poles that his group planned a brief visit to the chapel to take photographs. He was unceremoniously rebuffed.

"A soldier dressed in the uniform of a foreign state and carrying a sub-machine gun started giving me orders. It was a terrifying experience," Dokoupil told the paper.

"They wouldn't let me get closer than 10 metres."

At this point, it appears that the local Czech police force was contacted and the troops were ordered to leave.

"The placement of the border post was a result of misunderstanding, not a deliberate act. It was corrected immediately and the case was resolved - also by the Czech side," the Polish Ministry of Defence told CNN. 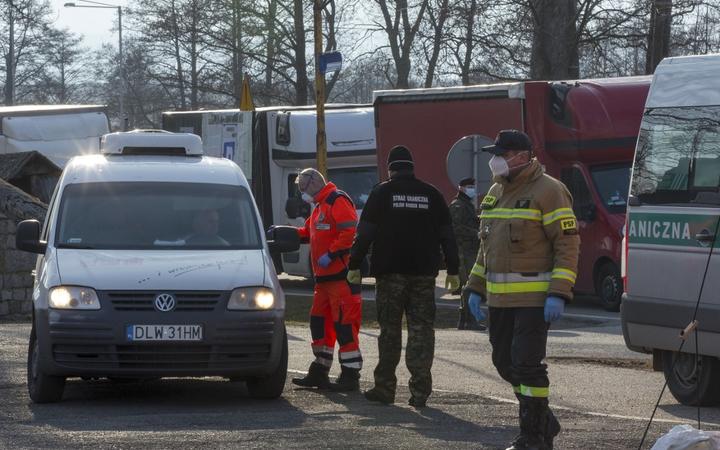 A Polish border control guard, a medical worker and a soldier carry out temperature checks at the Lubawka border crossing between Poland and the Czech Republic. [file pic] Photo: AFP