The ashes of a teenage boy, stolen from his family's car, have been recovered after a tearful phone call from the alleged thief. 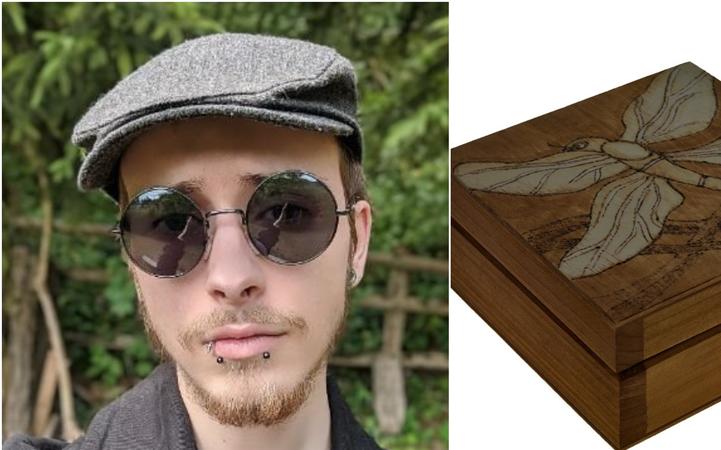 Dennis Bebnarz and an image of the box that contained the ashes. Photo: Twitter/Dennis Bednarz/handout

Dennis Bebnarz's family said they had hoped to scatter his remains somewhere "warm and beautiful" after his death.

They chose Cyprus - but the container of his ashes was stolen from the back of the family's car while they ate.

Dennis's mother, Kinga Bebnarz, said the thief phoned her in tears to apologise for the ordeal.

He also described the location where police could find the ashes, she said.

'The worst year of our life'

The wooden box containing the ashes was inside a backpack that was taken from the Bebnarz's car as they ate in a restaurant last week.

Mr and Mrs Bebnarz - who originate from Poland but live in Sweden - travelled to Cyprus to scatter Dennis's ashes there.

They said they could not face Christmas at home without their son, who died in an accident five months ago. "We wanted to go away to find a warmer place to close the worst year of our life," Mrs Bebnarz told the BBC.

The couple travelled to Poland on Sunday after abandoning hope of scattering their son's ashes.

Mrs Bebnarz said she left her heart in Cyprus and feared Dennis's ashes "were in the trash or something". The couple issued an appeal through the media to the unknown thieves, begging them to return the ashes.

She was "shocked" when the alleged thief rang her on Sunday evening, crying.

He repeatedly apologised and told her where the box could be found so she could notify police, who then tracked it down near a motorway.

Three Cypriots are now in custody, police have confirmed.

They said two men and one woman face charges related to damaging and stealing from a car.

"There is a happy ending"

Mrs Bebnarz told the BBC she she is not angry with the thief and prays "he will change his life".

"He's got human emotions and a good heart," she said.

"There is a happy ending," she said, and despite the terrible situation, the couple are now relieved. They will fly back to Cyprus tomorrow to collect Dennis's ashes.

Now that the box has been found, she said they will probably complete the ceremony after they fly back to Cyprus tomorrow.

"We need to calm the emotions down first," she said. "I haven't slept since Friday."

But she said now that their son's remains have been recovered, the couple feel "complete".