Victoria's coronavirus crisis has worsened further after another 270 cases were detected in the past 24 hours, including more in aged care facilities. 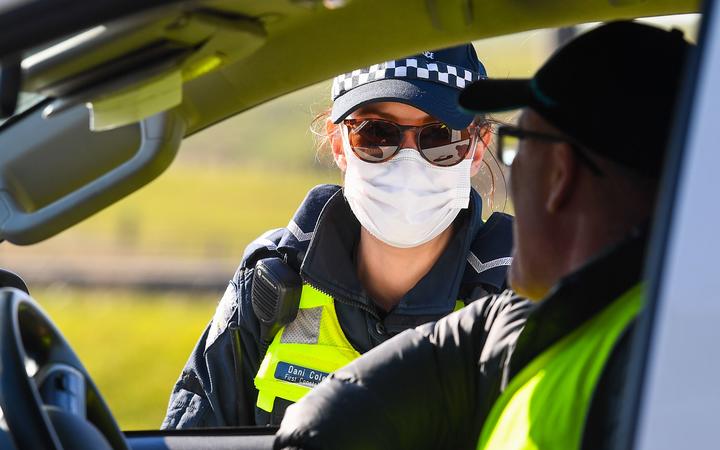 Police conduct roadside checks on the outskirts of Melbourne on 9 July 2020 on the first day of the city's new lockdown after an outbreak of the Covid-19 coronavirus. Photo: AFP

It's Victoria's third-highest daily increase since the start of the pandemic, despite some Melbourne "hot zones" enduring almost a fortnight of a stage-three lockdown.

Chief health officer Brett Sutton said there were now more than 1800 active cases in the state and hospitals were preparing to care for at least a "couple of hundred" patients.

"There's often 10 to 20 percent of all coronavirus infections who require hospitalisation, so that's a couple of hundred individuals at least.

"They will require hospitalisation in the next couple of weeks."

He said the state was facing a "challenging situation" in aged care, where several sizeable outbreaks were causing concern.

"Often it's a single staff member or a few staff members, but [there are] a few significant outbreaks with a number of residents."

There were 28 cases of coronavirus confirmed at Menarock Life aged care at Essendon, with both staff and patients affected.

"We haven't turned the corner yet," Sutton said. "I hope to see that this week, but there are no guarantees."

Aged care facility has 'a lot to answer for'

All infected residents from Essendon's Menarock facility have been taken to the Royal Melbourne Hospital for treatment.

One of them was Lina Mullins Bellobuono's 89-year-old mother, who also had dementia.

Mullins Bellobuono said her mother fell sick last Wednesday, and the family had been told she would not survive. 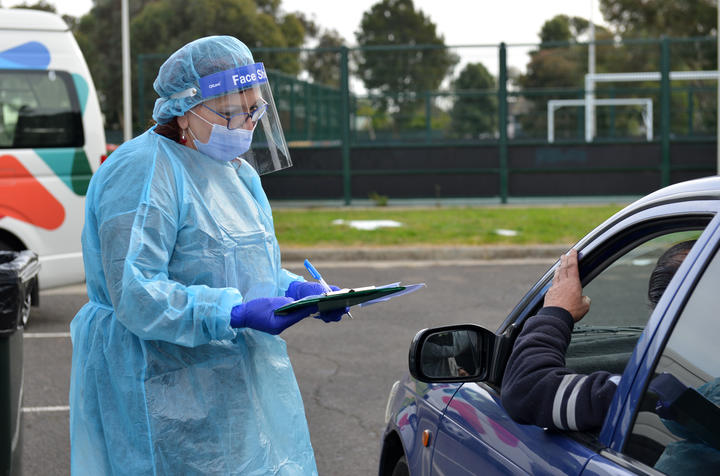 "It's just heartbreaking we can't even visit her in hospital," she said.

"You never think this would happen to someone you love, this shouldn't have happened."

"My frustration is the aged care facility let people visit from hotspot postcodes - that should never have happened."

She said she witnessed a staff member cough and wipe their nose with a tissue without washing their hands.

"I'm just so mad," she said. "Menarock Life have a lot to answer for."

ABC has contacted Menarock Life for comment. The facility is in the electorate of Labor MP Bill Shorten.

He said social distancing at the facility, which was home to about 35 residents with high-care needs, was not possible with shared bathrooms.

"I think the whole place will have to be emptied," he said.

"I don't know, maybe they're just going to have to evacuate it."

Of today's new cases, only 28 had been linked to known or contained outbreaks. The other 242 were under investigation.

It brings the total number of cases in Victoria since the start of the pandemic to 4224, with almost 22,000 tests conducted on Monday.

Premier Daniel Andrews said with such large numbers of new cases each day, contact tracing had become a challenge. 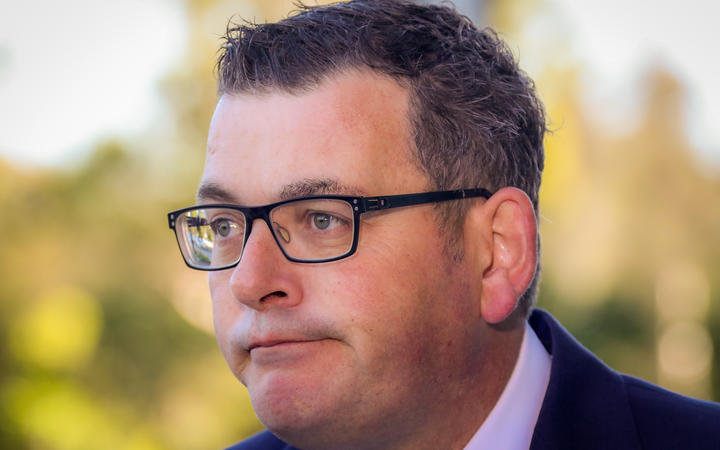 International flights to Melbourne would be suspended until further notice so the government could be "utterly focussed" on tracing every case, Andrews said.

A team of 200 Ambulance Victoria staff were being assembled to help the state's public health team in the battle against Covid-19.

Andrews said a number of private companies, including Telstra, Qantas and Jetstar, were also being marshalled to help.

"As the task grows, the team needs to grow too," he said.

About 1000 Australian Defence Force personnel would be arriving over the next few weeks and staying "for the foreseeable future", Andrews said.

Their focus would include planning tasks in the State Control Centre, logistics, and providing assistance in the outbreaks in the public housing towers.

They would provide practical assistance on the ground such as providing meals to the residents.

Andrews also deflected questions about a story in The Age newspaper which claimed concerns about private security companies supervising the hotel quarantine system were raised as early as March.

Andrews said the allegations were "not a matter for me to determine or settle", and said the hospital quarantine program would be scrutinised by the independent inquiry by retired judge Jennifer Coate.

The state reported 85 people in hospital with Covid-19, including 26 in intensive care, an increase of nine since yesterday.

Some 21 patients were on ventilators.

There are now 147 cases linked to Al-Taqwa College at Truganina. The school is currently closed.

There are 14 cases linked to Brunswick Private Hospital, 14 from Tottenham's Somerville Meats, 13 cases at Estia Health Aged Care at Ardeer and 11 linked to LaManna Supermarket at Essendon.

Sutton said staff at aged care centres were now required to wear masks in the locked-down areas, and it was recommended that staff did not move between facilities.