An Australian federal MP has gone into isolation after dining at a Sydney hotel linked to nine coronavirus cases. 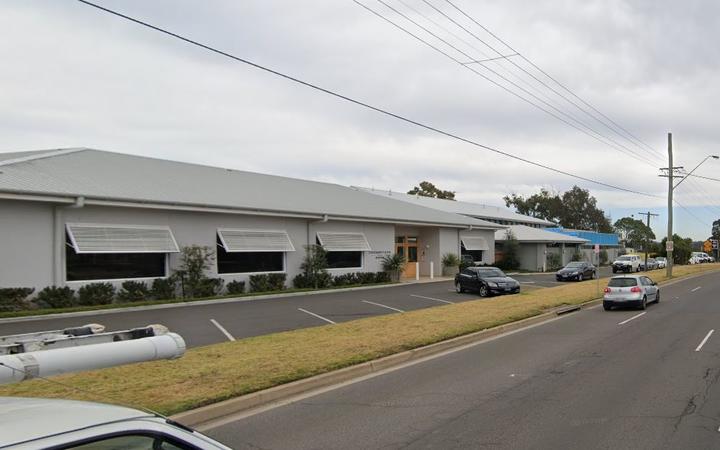 The Crossroads Hotel in Casula, south-west Sydney, is closed and has been holding a pop-up testing clinic in its car park. Photo: Google Maps

NSW Health has broadened its advice around the outbreak at the Crossroads Hotel in Casula, south-west Sydney, urging anyone who visited the pub between 3 and 10 July to self-isolate and get tested.

A woman in her 30s and a man in his 50s tested positive after visiting the pub on 3 July.

The male patron has since been linked to three positive cases among members of his household in the Blue Mountains.

Over the weekend NSW Health confirmed more cases linked to the pub.

An 18-year-old staff member, a close contact of the worker, a Sydney woman in her 40s and a Victorian man in his 20s who both had dinner at the pub on 3 July have tested positive.

The staff member was also working that night and worked "subsequent days" at the pub, Dr Chant said.

"Clearly there are a large number of people impacted," she said.

It was not believed the staff member was the "definitive source" of the outbreak and there were no links to Victorian cases, she said.

The pub is now closed and has been holding a pop-up testing clinic in its car park.

About 400 people were tested at the pop-up clinic on Saturday.

Testing is also available at clinics at Campbelltown, Liverpool and Fairfield hospitals.

In a post to Facebook, the member for Werriwa said she has been tested for coronavirus and is entering self-isolation for 14 days. Her office has been temporarily closed as a precaution.

Dr Chant said it was vital that anyone who worked or went to the hotel between July 3 and 10 come forward for testing, whether they had symptoms or not.

She said as a "precautionary recommendation" people were being told to isolate themselves for the 14-day incubation period.

"Even if you get a negative test, that does not mean you are out of the woods and hence we are asking that you isolate yourself for 14 days since you were last at the Crossroads Hotel," she said.

"A negative test does not mean you can breach self-isolation."

NSW recorded five new cases in the reporting period to 8pm Saturday. Two are returned travellers, and the other three are the confirmed cases in the Blue Mountains household.

Travellers to pay for hotel quarantine

Meanwhile, travellers returning to New South Wales will have to pay $3,000 for their fortnight stay in hotel quarantine from next week.

The new charges apply to everyone entering the country, even Australian citizens.

Additional adults from the same family will be charged a further $1,000 from Saturday, while the bill for a child over three years will be $500.

The charge will come into effect from 12:01am next Saturday and will apply to any new flight tickets bought after midnight tonight.

NSW Premier Gladys Berejiklian said the state had undertaken a "mammoth task" in hosting more than 35,000 returned travellers and said it had processed people at a higher rate than other states.

Last month it was revealed New South Wales had already spent more than $50 million on hotels for quarantine since the travel ban began.

Ms Berejiklian said hardship provisions would be available, but people had been given "ample notice" of tightening conditions.

"Cost hasn't been the main challenge for us, it has been making sure we get the logistics right," Ms Berejiklian said.

"New South Wales is still processing more than six or seven times what other states are processing and, on that basis, we want to make sure we are putting resources where they are needed."

She said the "absolute focus" needed to be on contact tracing and the next four weeks were critical.

"We are definitely at a crossroads in New South Wales," she said.

"We have the chance now to really clamp down on community transmission or else unfortunately we'll go down the track of what Victoria is going through."

The NSW decision follows a National Cabinet decision to cap the number of arrivals by about a third, allowing just 4,000 international arrivals a week into Australia.

NSW had a week ago brought in a limit on passenger arrivals to ease the pressure on hotel quarantine capacity.

A cap of 450 passengers a day was introduced from 4 July.