Victoria has one of the highest Covid-19 testing rates in the world "per 100,000 people", with 177 new cases identified overnight, Premier Daniel Andrews says. 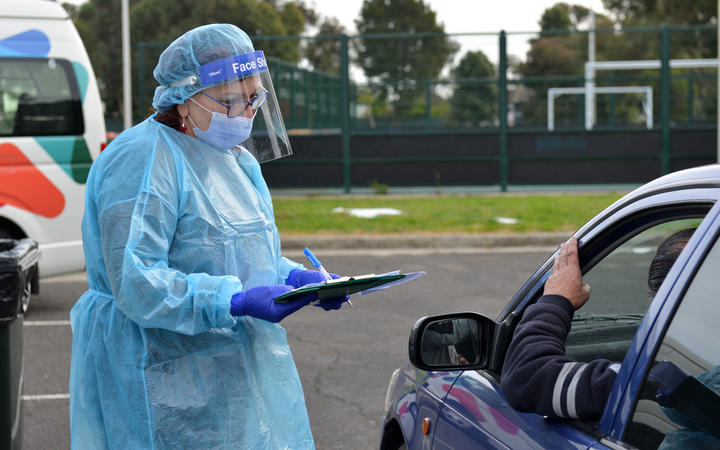 It is the first time in three days the state has recorded a daily total below 200.

The state's Chief Health Officer Brett Sutton said today's smaller number was no cause for complacency, and the peak may still be yet to come.

Of the new cases, 151 were under investigation, 25 were linked to known outbreaks and one was detected in hotel quarantine.

Premier Daniel Andrews said there were now 1612 active cases in the state. Victorian hospitals were caring for 72 coronavirus cases, 17 in intensive care.

He said the lockdown in metropolitan Melbourne and the Mitchell Shire would continue "as long as it needs to".

"But it need not be there for a moment longer than absolutely necessary if everyone simply follows the rules and does the right thing," he said.

Professor Sutton said it was great to see a daily figure lower than the recent peak, "but it may not be our peak yet," he said.

"I would like to see a week of decreasing numbers before I come and say I have greater confidence about the direction we're going in."

"As a reflection of the actions that people took a week or to ago, it's probably a good sign this is exactly what happens when people are following the stay at home directions ... isolating and testing appropriately, and minimising their contact with others.

"This is exactly what we'll see as people do the right thing and it will continue to drive down if those behaviours are sustained.

"So that's a small bit of optimism in today's numbers. 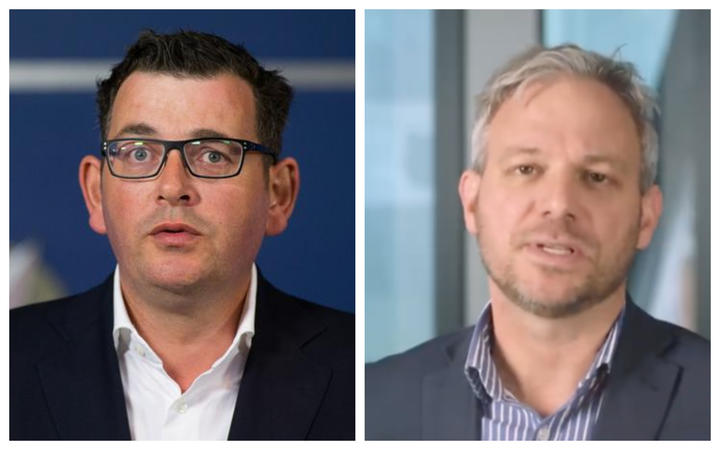 "With respect to outbreaks and again, you know, there are four or five new outbreaks every day.

"The numbers change significantly. With close to 200 new cases, the linkages that happen over subsequent days always change the numbers."

Professor Sutton said a total of 26 cases had been linked to the Menarock Life aged care facility in Essendon, making it the biggest cluster linked to aged care in the state.

The Chief Health Officer said the cases were a concern, but said most outbreaks in aged care facilities had been small.

"But they're all at-risk settings and we need to be mindful of doing rapid lockdowns.

"The outbreak squads go out on the same day and they do broad testing of all the residents to identify cases early."

The numbers of cases linked to the Al-Taqwa College outbreak has grown to 144, he said.

There were six cases linked to the LaManna Supermarket in Essendon and eight linked to Cenvic Construction in Footscray.

Stage four restrictions not ruled out yet, Premier says

Today is the eighth consecutive day Victoria has recorded triple-digit increases in its daily coronavirus figures.

Andrews said he could not rule out implementing further restrictions in Victoria but "we're not there yet".

He described the coronavirus as a "very complex, cunning, clever enemy" and urged everyone to follow public health advice. 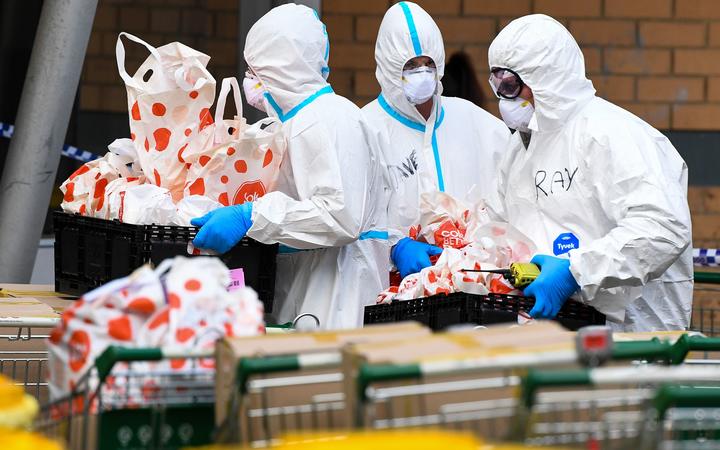 In the 24 hours to midday, Victoria Police issued 133 fines to people breaching lockdown rules, including at multiple social gatherings across Melbourne.

Five people who travelled from metropolitan Melbourne to go camping in Myrniong, about 72 kilometres north-west of the capital, were also fined.

The Premier said young people in some of Melbourne's hardest hit areas - including northern and western suburbs and in public housing - would be among the first to benefit from a new mental health service.

The Moderated Online Social Therapy tool, known as MOST, will offer tailored therapy and peer support.

Its first users are existing clients of the Orygen mental health service. Public housing tenants can be referred directly by their Headspace or mental health clinician.

A statewide rollout of the program is planned over the next year.

"This is an anxious and uncertain time for everyone," Mental Health Minister Martin Foley said.

"Investing in people's mental health and wellbeing will not only save lives but is critical to our social and economic recovery after this crisis is over."

The State Government said it had allocated $59.4 million for coronavirus mental health initiatives, including $6 million to fast-track the MOST program.