The Australian state of Victoria is experiencing a "concerning" upward trend in coronavirus infections, with 75 new cases identified overnight. 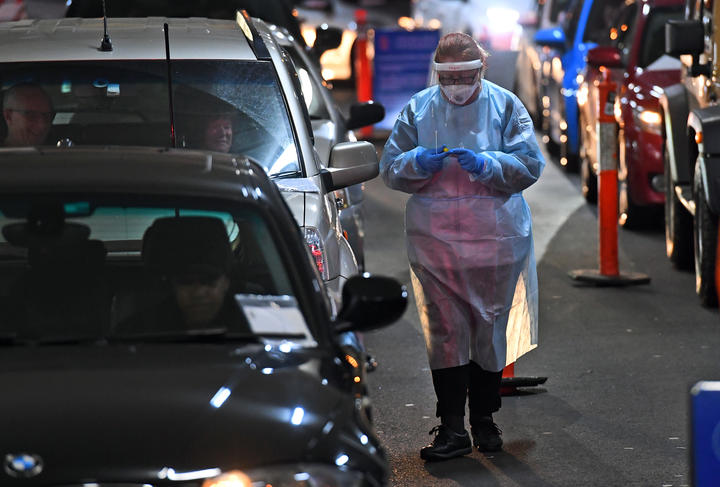 A medic at a drive-through Covid-19 testing site in a Melbourne shopping centre on 26 June. Photo: AFP

"Obviously we are concerned by the increasing number and the upward trend and are monitoring the situation very closely."

Mikakos said the 75 new cases could be broken down into the following categories:

The total number of cases in Victoria since the pandemic began now stands at 2099.

"We've got many cases across the inner-northern suburbs and the western suburbs of Melbourne, but not exclusively," Mikakos said.

"And it's important to reiterate to the community that you are not immune from catching coronavirus by virtue of the postcode that you live in."

Chief Health Officer Brett Sutton said nothing was "off the table" in terms of getting the outbreak under control.

"I think it will get worse before it gets better. It is a concerning number. But it is very hard to make reductions in this space."

The outbreak has led to an AFL match on Thursday between Richmond and West Coast on the Gold Coast being postponed, after Queensland introduced new restrictions on sports teams from Victorian coronavirus hotspots.

The logistical challenge around suburban lockdowns

Professor Sutton said health authorities were still going through thousands of tests and more time was needed to see if increased messaging from the Department of Health and Human Services [DHHS] could change people's behaviour.

He said Victoria's effective reproduction number, or Reff, had come down from 2.5 last week, but it was not yet below one, which is where it needs to be to drive down cases. 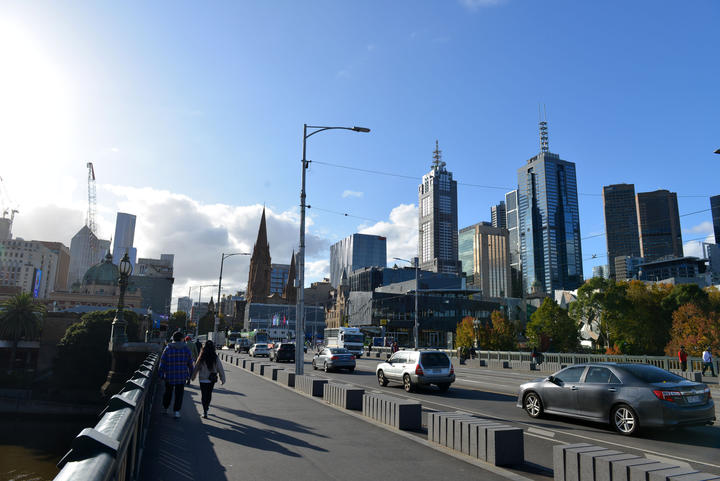 Any possible lockdown in a suburban hotspot would be a significant logistical challenge because people could just move to a different house if their suburb was put into lockdown, he said.

"It would be a significant logistical exercise to manage. But it is an option, and we will use it if required."

Professor Sutton stood by the decision to ease restrictions in June, despite the rise in cases over the last 12 days.

Prime Minister Scott Morrison said he would speak to Victorian Premier Daniel Andrews today to offer whatever additional resources were needed to fight the worrying surge in cases.

"The increasing number of cases we're seeing in Victoria, while of great concern, is not surprising given the nature of the outbreak we're seeing at the moment," he said.

While not wanting to point the finger at any particular demographic group, the data showed 37 per cent of the cases were people in their 20s and 30s, Mikakos said.

"We are seeing more young people getting together with their mates, contracting this virus and then taking it home to their families," she said.

"I would say to those young people: you might only get mild symptoms … but if you give it to an elderly family member or someone else in the community with chronic health conditions, you are putting their life at risk."

Four new cases are linked to that outbreak and health authorities are investigating, Mikakos said.

Three cases were detected in security staff from the Stamford Plaza in Melbourne's CBD, all of whom were already in quarantine.

It takes the total number of cases linked to the Stamford Plaza outbreak to 23. 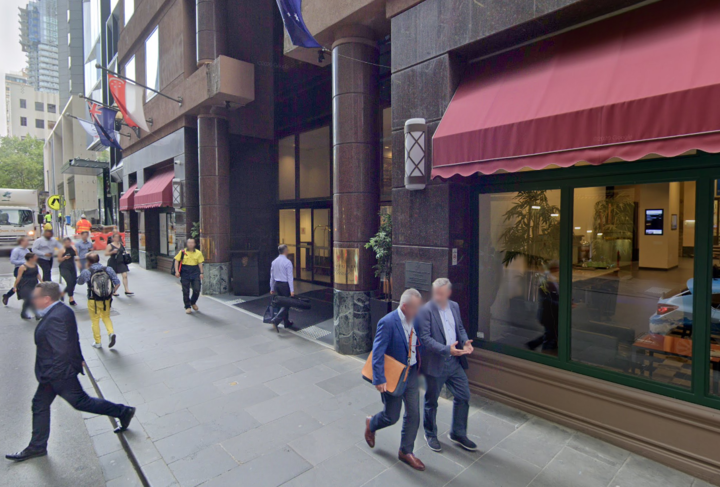 Three new Covid-19 cases have been linked a cluster at the Stamford Plaza hotel in Melbourne, which is caring for returned travellers. Photo: Google

On Sunday, Premier Daniel Andrews said the outbreak at the hotel may be linked to staff who shared a cigarette lighter and carpooled to work.

A new outbreak has been detected among a family in Melbourne's south-east, with four people so far diagnosed with the virus. Mikakos said three more cases had also been linked to a family outbreak in Melbourne's west, bringing that total to five.

"We also have a number of cases linked to schools. It's been school holidays, and those schools are closed and will be thoroughly cleaned, and there will be contract tracing undertaken with staff and students," she said.

Cases have been found in students or staff from six schools, and two childcare and education centres have been closed for cleaning after a child and a staffer were diagnosed with the coronavirus.

A healthcare worker from the Melbourne Clinic in Richmond and a staff member from Lifeblood Red Cross were both diagnosed with the virus.

Mikakos said saliva testing use was being concentrated in priority suburbs and for returned travellers in hotel quarantine, to ensure children and people who refuse a throat swab through the nose were able to be tested.

On Sunday, Andrews said some parents with children in hotel quarantine had refused to have their children tested because the throat swab was uncomfortable.

Professor Sharon Lewin from the Doherty Institute said the saliva test had an 87 percent success rate.

"We think it plays a role in bolstering testing reach across the state. [Especially] in people who have trouble with the throat swab," Lewin said.

"The gold standard is, of course, the throat swab but we think this plays a role. It's much better to have this done than no test at all."

Lewin said to validate the saliva test, 600 patients from the Royal Melbourne Hospital had a nasal and saliva test.

The saliva test picked up 87 percent of the 39 positive tests detected.

Lewin said the lower success rate was because there were lower levels of the virus in saliva compared to the nose.

Victoria 'on the edge' of being able to manage outbreaks

Earlier, Chief Health Officer Brett Sutton said Victoria was experiencing a second peak of cases, with double-digit case increases daily for most of the past fortnight.

He said the state was "right on the edge" of being able to manage the peak in cases, which accelerated after restrictions were eased. 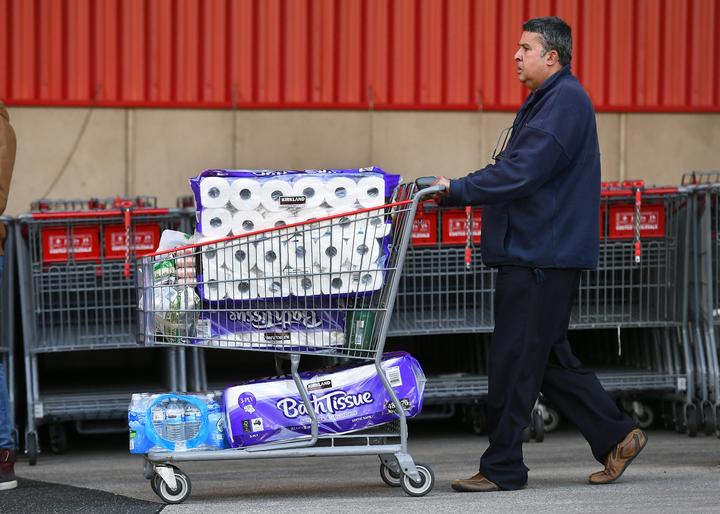 A second wave of Covid-19 has sparked a rush on some items in Melbourne, and supermarkets have imposed buying restrictions. Photo: AFP

A fresh blitz aiming to test 100,000 Victorians over a 10-day period is now underway, and Professor Sutton said if the surge did get out of control "it will not be from a lack of effort".

Sutton also said new advice about the benefits of wearing masks at times social distancing was not possible, such as on public transport, was on the way.

"It's pretty clear wearing a mask might provide a bit more physical distance between you and others as they see you wearing it," he said.