The number of confirmed coronavirus cases around the world has passed the milestone of 10 million, according to Johns Hopkins University in the US. 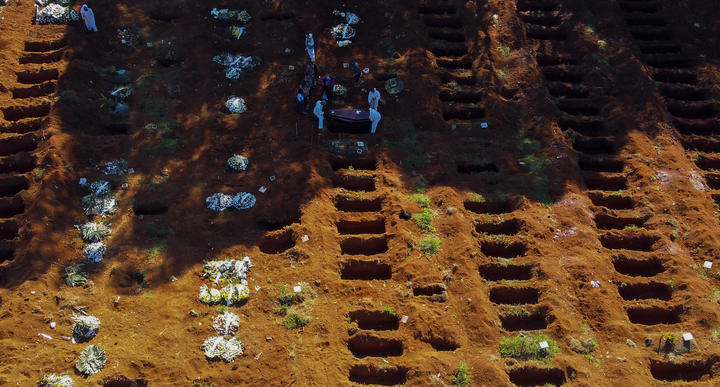 A cemetery in Sao Paulo, Brazil. Covid-19 is now rapidly growing in the Americas. Photo: AFP

The virus, which emerged in China late last year and spread across the globe, has led to almost 500,000 deaths.

Half the world's cases have been in the US and Europe, but Covid-19 is now rapidly growing in the Americas.

The virus is also affecting South Asia and Africa, where it is not expected to peak until the end of July.

Outbreaks are still spreading in many parts of the world, with 1 million new cases recorded in the last six days. 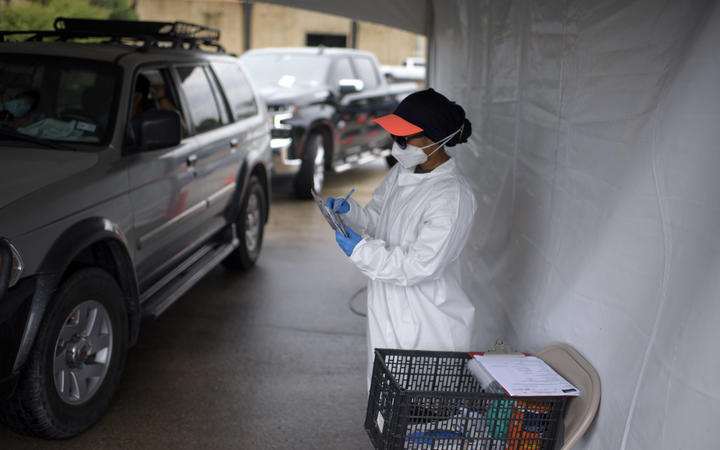 A healthcare worker takes information as cars line up at a Covid-19 testing site in Houston, Texas, on 25 June. Photo: AFP

US states that emerged from lockdown in recent weeks - notably in the south - have been reporting record increases in new infections.

The spike has led officials in Texas, Florida and other states to tighten restrictions on business again.

Statistics from several countries have shown that people from black and Asian ethnic groups are more likely to be severely affected by the virus than white people.

The country with the second-highest number of recorded cases is Brazil, with a total of 1.3 million, and deaths in excess of 57,000.

Despite a wave of new infections, the state of Rio de Janeiro has said it will allow football stadiums to reopen to fans from 10 July - initially at one-third capacity.

On Sunday China imposed a strict lockdown near Beijing to curb a fresh outbreak. Nearly half a million people will be barred from travelling in and out of Anxin county in the province of Hebei.

In the UK - the country with the greatest number of deaths in Western Europe - the government said it could impose its first local lockdown following a surge in new cases in the English city of Leicester.