Europe has seen an increase in weekly cases of Covid-19 for the first time in months as restrictions are eased, the World Health Organisation says. 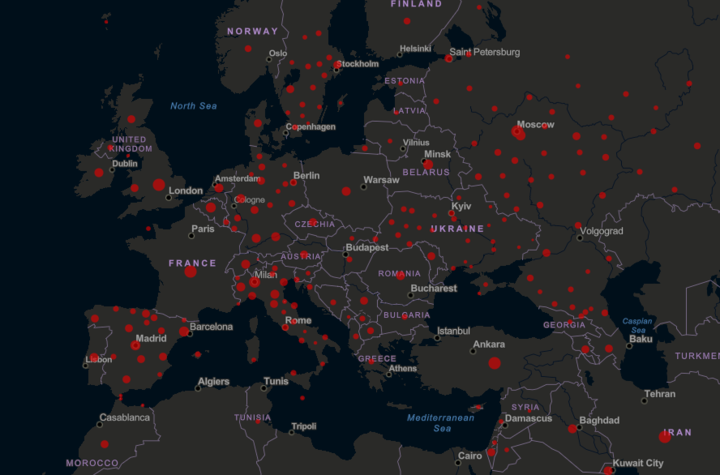 A snapshot of cumulative confirmed cases of Covid-19 across Europe, from John Hopkins University. Photo: Supplied.

His warnings about the risk of resurgence had become reality, he said.

If left unchecked, he warned health systems would be "pushed to the brink".

More than 2.6 million cases of Covid-19, and 195,000 deaths, have been reported in the organisation's European region, which covers 54 countries and seven territories across Europe, the Middle East and Central Asia.

Almost 20,000 new cases and more than 700 new deaths are being recorded daily.

"For weeks I have spoken about the risk of resurgence as countries adjust measures," Dr Kluge told a virtual news conference on Thursday.

"In several countries across Europe this risk has now become a reality; 30 countries have seen increases in new cumulative cases over the past two weeks.

"In 11 of these countries, accelerated transmission has led to very significant resurgence that if left unchecked will push health systems to the brink once again." 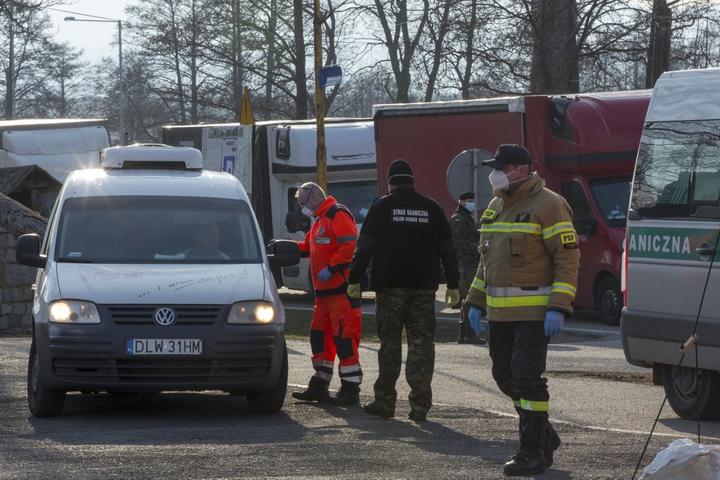 Countries across Europe have started reopening their borders; Temperature checks being carried out at a border crossing between Poland and the Czech Republic. Photo: AFP

Dr Kluge said countries such as Poland, Germany, Spain and Israel had responded quickly to dangerous outbreaks associated with schools, coal mines, and food production settings, and brought them under control through rapid interventions.

Despite warning about resurgences, he said the WHO anticipated the situation would calm down further in the majority of countries over the summer.

"But we have indeed to prepare for the fall, when Covid-19 may meet seasonal influenza, pneumonia, other diseases as well, because ultimately the virus is still actively circulating in our communities and there is no effective treatment, no effective vaccine, yet."

In a separate development on Thursday, Germany and France pledged their support to the WHO after holding talks with its director general, Dr Tedros Adhanom Ghebreyesus, in Geneva.

German Health Minister Jens Spahn said his country planned to give more than €500m ($873m NZ, $560m US) in money and equipment to the agency this year. 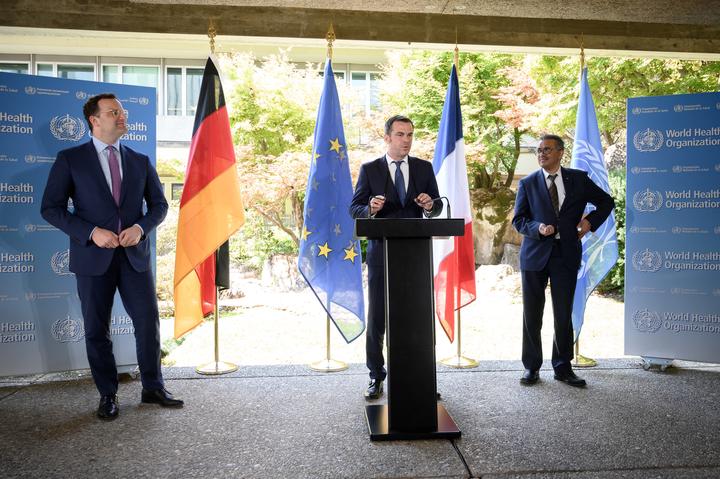 France's health minister, Olivier Veran, promised €50m ($87m NZ) in direct funding for the WHO and another €90m ($157m NZ) for its research centre in Lyon.

European leaders have been keen to show public support to the WHO after the US called the agency a "puppet of China" and said it would cut funding and leave.