Juneteenth, the day marking the end of US slavery is being marked amid Black Lives Matter protests, with a string of US leaders declaring the day a holiday. 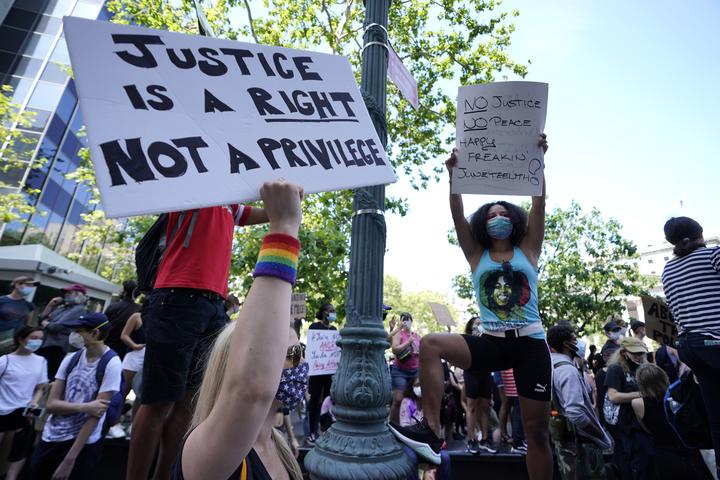 New York City Mayor Bill de Blasio has announced that Juneteenth - the 19 June date which marks the end of US slavery - will become an official holiday.

It comes as millions of Americans commemorate, with marches and personal observances, the 1865 date when the last US slaves were freed.

Several states already observe the day as an official holiday and there is a push to declare it a national holiday.

The date's significance has grown this year as the US re-examines historical and current problems with discrimination and repression of blacks and minorities, as Black Lives Matter protests swept the country.

Mayor de Blasio said in a press conference on Friday that the date would be marked as an official city holiday beginning in 2021, and will also be a public school holiday.

"We'll work with all the unions to work through the plan, give this day the importance and recognition it deserves," de Blasio said.

"Every city worker, every student will have the opportunity to reflect the meaning of our history and the truth."

Cuomo said he would introduce legislation to make the day a holiday for all New Yorkers by 2021. 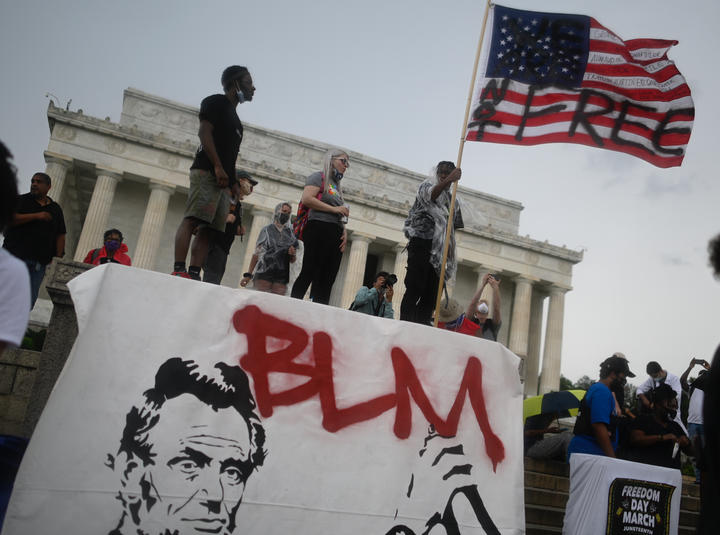 A Juneteenth march and rally in front of the Lincoln Memorial in Washington, DC, on 19 June. Photo: AFP

Virginia Governor Ralph Northam also promised to make Juneteenth a holiday by 2021 in the former capitol of the Confederacy, which rebelled against the US during the Civil War for the legal right to enslave black people.

"In recent weeks, people around the nation have joined together to demand an end to systemic racism and oppression of African Americans," he said in the statement.

"Freedom for all is not fully realised until every person is truly free. This Juneteenth we have an opportunity to unite against injustice and create lasting change," he continued.

Texas was the first US state to declare Juneteenth a holiday in 1980. Now all but four US states observe or recognise the date in some form.

This year, the date has become particularly prominent in the public consciousness amid a wave of protests over racial inequality following the deaths of several unarmed African Americans. Juneteenth rallies are planned in Washington DC and across the country. 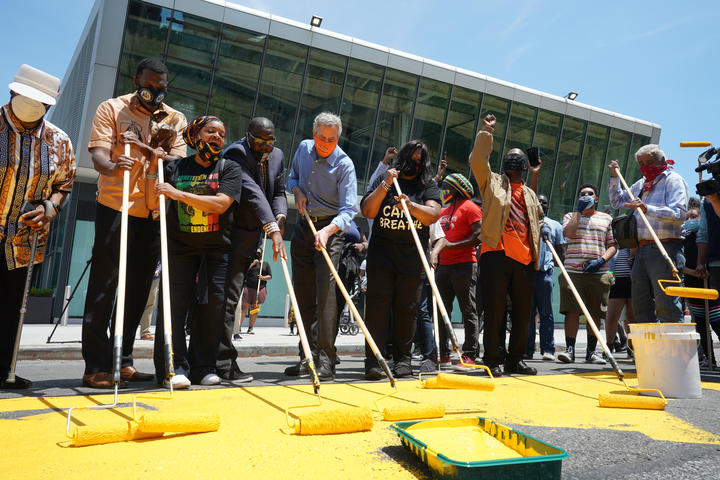 On 19 June, 1865 enslaved people in Galveston, Texas received the news that slavery had been abolished by President Abraham Lincoln two years earlier.

The news took so long to reach slaves in Texas in part due to fighting that continued even after the surrender of the Confederacy that ended the Civil War, according to historians.

The US National Archives said on Thursday that the original handwritten decree is believed to have been recently discovered, after a researcher was tasked with unearthing it due to heightened interested in the holiday.

"The people of Texas are informed that, in accordance with a proclamation from the Executive of the United States, 'all slaves are free,' " the military order reads.

"This involves an absolute equality of personal rights and rights of property between former masters and slaves and the connection heretofore existing between them becomes that between employer and hired labour."

The elaborately written note was found in a book of formal orders in Washington DC.

"I think it's terrific. I think the timing is just amazing," David Ferriero, the head librarian of the Archives, told the Washington Post.

Today, I proclaimed June 19 as Juneteenth Day in Nevada, honoring this day in 1865 when the last slaves in America were freed in Texas, nearly two and a half years after President Lincoln issued the Emancipation Proclamation. pic.twitter.com/tEoT3cYd87

Corporate America is also treating the holiday with more reverence than in previous years, with employees from Nike, Uber, and Twitter being given a paid day off.

Google has asked employees to cancel non-urgent meetings and instead "create space for learning and reflection".

Amazon told employees to "take some time to reflect, learn and support each other".

In Washington, the most senior Republican in the Senate said on Thursday that he would introduce a bill to make Juneteenth a federal holiday.

In the House of Representatives, the Texas congresswoman who has been pushing for a national holiday for two decades, told CBS that the chances of a holiday becoming a reality are growing.

"The potential of having this national holiday opens a whole world of discussion for America, a whole reckoning with racism and the systemic racism that permeates the nation," said Congresswoman Sheila Jackson Lee, adding that the House proposal now has the endorsement of 204 lawmakers.

"It's delayed freedom, but it is the only recognition of the original sin of this nation," she continued.

Former President Barack Obama, the first and only ever black US president, said in a statement that the holiday "has never been a celebration of victory", but is instead a "celebration of progress".

"It's an affirmation that despite the most painful parts of our history, change is possible - and there is still so much work to do."

His wife, Michelle Obama - whose ancestors were slaves - said that for her, the delayed communication that freed Texas' slaves and the slow pace of equality for black Americans, show that "even in that extended wait, we still find something to celebrate".

Here's what #Juneteenth means to me: pic.twitter.com/KlOoYwdzD5