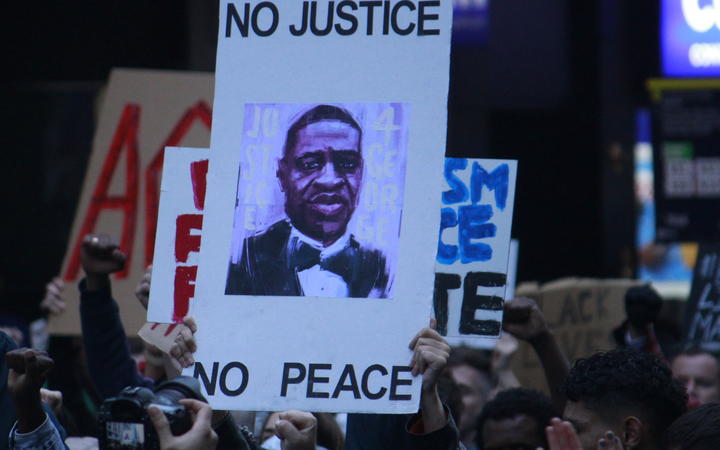 Nine of the 13 councillors said a "new model of public safety" would be created in the city, where protests against racism in law enforcement have been continuing in earnest since the death of Floyd, an unarmed black man at the hands of officers.

Activists, who for years have defended such a move, called it a turning point.

Floyd's death in police custody triggered mass protests against racism and police brutality. Security measures across the country were lifted on Sunday as unrest started to ease.

Thousands of people are expected to gather on Monday for a public viewing of Floyd's body in Houston, his home city in Texas before he moved to Minneapolis, Minnesota. A private funeral will be held on Tuesday.

A video of Floyd, a 46-year-old African American, pinned to the floor with a white police officer kneeling on his neck for almost nine minutes sparked worldwide outrage.

Officer Derek Chauvin has been dismissed and charged with second-degree murder. He will make his first court appearance later on Monday.

Three other officers who were at the scene have also been sacked and charged with aiding and abetting.

The nine councillors read a statement to hundreds of protesters on Sunday.

"We are here because here in Minneapolis and in cities across the United States it is clear that our existing system of policing and public safety is not keeping our communities safe," City Council President Lisa Bender was quoted as saying.

"Our efforts at incremental reform have failed. Period."

Bender said details of the overhaul plan needed to be discussed further, adding that she would try to shift police funding towards community based strategies.

Meanwhile, councillor Alondra Cano tweeted that "a veto-proof majority" in the council had agreed that the city police department was "not reformable and that we're going to end the current policing system".

Last week, Minnesota launched a civil rights investigation of the Minneapolis Police Department, with Governor Tim Walz saying he wanted to root out "systemic racism that is generations deep".

The city council later voted for a number of policing changes, including the ban on chokeholds and neck restraints by police officers.

The reform plan in Minneapolis sets up what is likely to be a long and complicated debate over new ways of policing across the US. But the process of setting up a new system will probably take months, and is not guaranteed because of the mayor's opposition.

Reacting to the announcement, Kandace Montgomery, the director of the Minnesota-based campaign group Black Vision, said: "It shouldn't have taken so much death to get us here. We're safer without armed, unaccountable patrols supported by the state hunting black people."

On Monday, Democrats in Congress are expected to present sweeping legislation on police reform.

"Defund the police" was a rallying cry during the latest street protests, that occasionally spilled into violence and looting.

"Defunding" advocates have for years been condemning what they describe as aggressive militarised policing in the US.

They argue that police departments' budgets should be slashed and funds diverted to social programmes to avoid unnecessary confrontation and heal the racial divide.

Entire city police departments have been disbanded before in the country: in Compton, California, in 2000, and 12 years later in Camden, New Jersey. In both cases they were replaced with bigger new forces that covered local counties.