Covid-19: 'We have to assume the virus has attenuated'

Covid-19 has likely become less potent as it mutates over time, and hopefully one day will become a common cold virus, a New Zealand, London-based professor says. 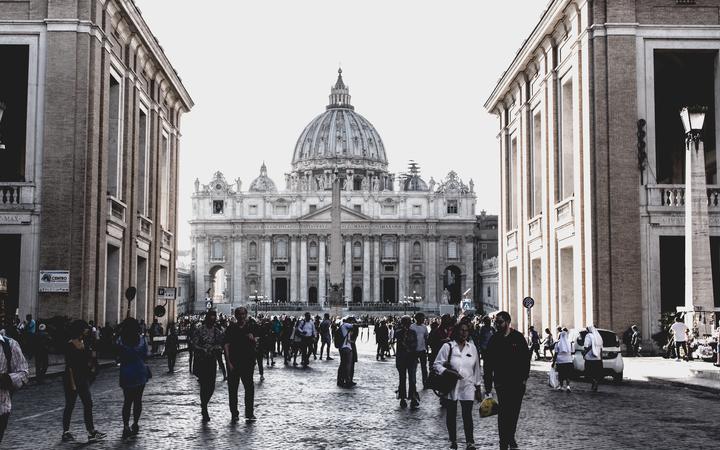 Professor Alberto Zangrillo, head of intensive care at Italy's San Raffaele Hospital in Lombardy, says the new coronavirus is losing its potency and has become much less lethal. He told state television the new coronavirus "clinically no longer exists".

But World Health Organisation experts and a range of other scientists said there was no evidence to support his claim.

There is no data to show the new coronavirus is changing significantly, either in its form of transmission or in the severity of the disease it causes, they said.

But New Zealander Gary McLean, a professor in molecular immunology at London Metropolitan University, told Sunday Morning he was inclined to believe Zangrillo, whose claim was backed up by a second doctor from northern Italy who said he was also seeing the coronavirus weaken.

"They've experienced the full gamut of this virus and the effects and I think we have to believe what they're saying, the clinical picture that is. If they're seeing reduced severity there must be something to it.

"It's really difficult to know why exactly at this point, because there's a lot of reasons why it could be and there's no scientific literature, peer-reviewed papers that really document this, but if the clinicians are saying that I have to think it's probably real."

The virus may well have changed or attenuated causing a change in the clinical picture, McLean said.

"I would probably favour that in some way the virus is attenuating itself, just by accumulating mutations over time…and these little mutations accumulate and eventually the virus has had long enough in that host, in humans, it will drift and change slightly," McLean said.

Zangrillo, well known in Italy as the personal doctor of former Prime Minister Silvio Berlusconi, said his comments were backed up by a study conducted by a fellow scientist, Massimo Clementi, which Zangrillo said would be published soon.

The study by Clementi, who is director of the microbiology and virology laboratory of San Raffaele, compared virus samples from Covid-19 patients at the Milan-based hospital in March with samples from patients with the disease in May.

"The result was unambiguous: an extremely significant difference between the viral load of patients admitted in March compared to" those admitted last month, Zangrillo said.

Oscar MacLean of the University of Glasgow's Centre for Virus Research said suggestions that the virus was weakening were "not supported by anything in the scientific literature and also seem fairly implausible on genetic grounds."

Experts and representatives of Johns Hopkins University, Wake Forest Baptist Medical Center, George Washington University and Northwell Health also said they were not aware of evidence suggesting that the virus had changed.

Could Covid-19 become a common cold?

Gary McLean said there were 40 known coronaviruses, including seven which have infected humans, including four which are endemic cold viruses which cause relatively mild symptoms.

"One could argue originally those four might have been similar to SARS1, MERS and SARS2, and they attenuated themselves and became just a mild common cold."

One of the endemic strains, OC43, has been mapped back in time and the common ancestor is a cow coronavirus thought to have jumped into humans in 1890, McLean said.

"And coincidentally in 1890 there was a world-wide pandemic of a respiratory disease that killed one million people. And you can put one and one together and assume OC43 may have come from a pandemic and over the next 130 years it's evolved into a very mild, common cold virus," McLean said.

"And I'm hoping it doesn't take 130 years for this one to get that mild, but let's say it might take a year or so and we're going to have another common cold coronavirus.

"So I'd like to predict that but I don't know for sure if that will happen."