Thousands took to the streets of London this week, demanding an end to racism and police brutality in the UK and the US, after the killing of George Floyd in police custody. 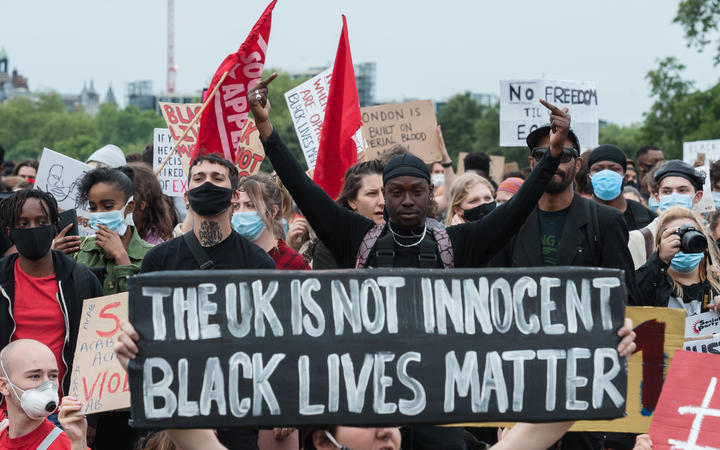 Thousands of people gathered in Hyde Park on 3 June to protest against racism in the UK and USA, after the death of George Floyd. Photo: WIktor Szymanowicz/NurPhoto/ AFP

On a grey cold day, demonstrators converged on Hyde Park for a peaceful protest organised by the London branch of the Black Lives Matter movement.

Many of the placards read: UK Is Not Innocent#BLMLDN #BLM pic.twitter.com/9Z1zK2Ysb1

People chanted "No justice, no peace, no racist police", "we will not be silent" and "Black Lives Matter".

“If I don’t have a career after this, f*ck that”

Best known for playing the lead role of ex-Stormtrooper Finn in Star Wars: Episode VII - The Force Awakens, Boyega said he might be out of a job after speaking out.

Becoming tearful, he reminded the crowd of black people in the UK and US who died under controversial circumstances after interaction with the police.

"I need you to understand how painful it is to be reminded every day that your race means nothing. 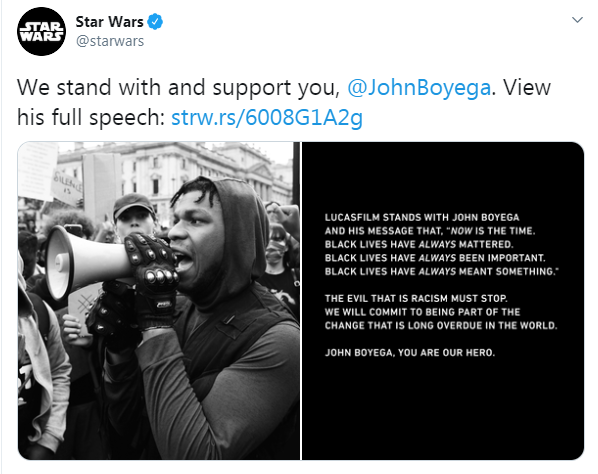 Dr Awol Allo is a Senior Lecturer in Law at Keele University, its chair of the Equality and Diversity Committee and coordinator of the Social Justice and Human Rights Research Cluster. He said the disproportionate policing, harassment, incarceration, and violence against black people was a transatlantic phenomenon.

He said there were clear reasons why what happened in the US resonated with British black people.

"In addition to the physical police violence to which they are subject, black people in the USA and in the UK are also subjected to the psychological violence of a system of white supremacy that calls the ability, credibility, and the very humanity of black people into question."

Protestors' placards included those in support of Belly Mujinga, a railway ticket office worker who was spat at by a man who said he had Covid-19. She later died from the virus. British Transport Police decided the attack was not linked to her death.

But the police's treatment of the suspect contrasted with that afforded George Crean, who was jailed for 12 months after spitting at a police officer and joking about coronavirus.

A young man and woman taking part in the protests next to Westminster Tube station said they were Congolese, so was Belly Mujinga, and they were there to protest the police handling of the case.

"I'm here because it's not just about racism with the police, but how all black people experience racism," the man said.

Some demonstrators began to block Parliament St, but two young women tried to persuade them to stop, saying it would not help the protest movement.

One of them attempted to get the police's attention, waving and calling out, before eventually she gave up in exasperation, saying, "Where's the police when you need them?". 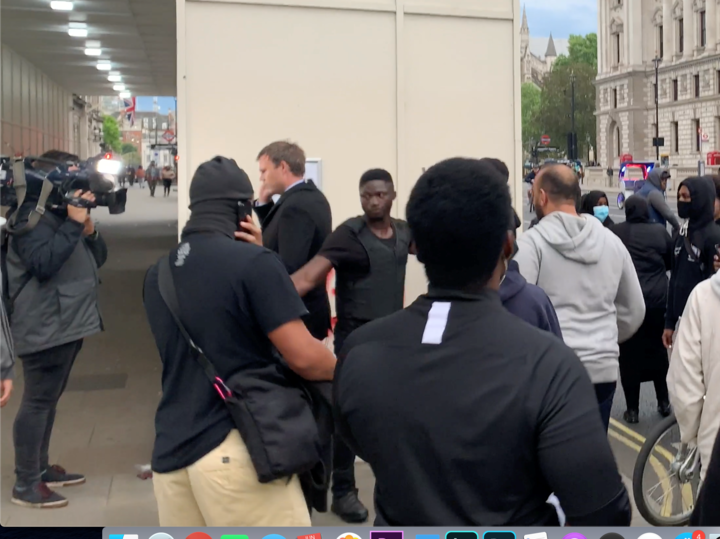 The crowd to move around Channel 9 crew and began to surge forward as security tries to keep them back. Photo: Laura Bootham

A Channel 9 television crew stood a few metres away from me on Parliament Street. They were getting ready to go live. The correspondent's backdrop was the young men creating a road block. 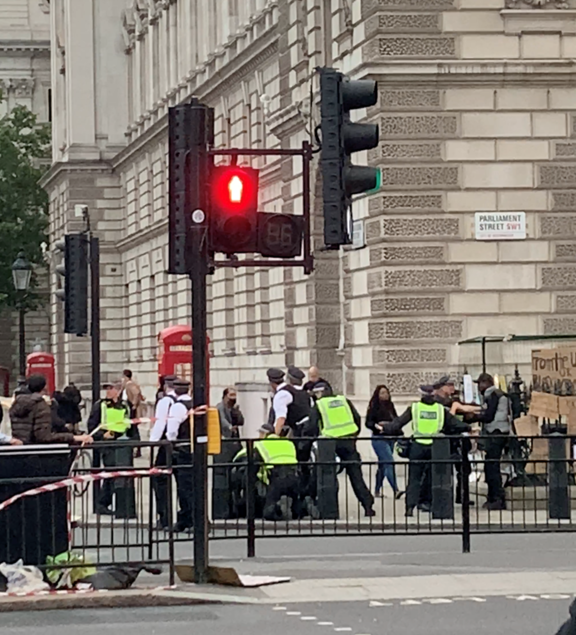 A group of police, including some from the Metropolitan Police’s riot unit, restrain a protester. Photo: Laura Bootham

Protesters shouted at the camera operator and one pushed buttons on the camera itself to stop the recording. A man was incensed the camera was filming him, another angry the correspondent ignored him, while others shouted abuse. It was clear their rage at the crew's presence was increasing by the minute and the situation was about to explode.

The tipping point was when the correspondent Ben Avery went live and began to speak.

At that moment people rushed forward, grabbing at him and the camera operator. Avery tried to keep reporting as he backed away from the people, but gave up and ran along the footpath through a temporary corridor erected by builders.

The camera operator was pushed to the ground, but he jumped up and ran after his colleague towards Westminster where police guarded the Houses of Parliament and then them. The crowd followed, but was pushed back.

On the corner of Parliament and Great George St a group of police, including some from the Metropolitan Police's riot unit (TSG), restrained a protestor. In that highly charged moment, protestors raced across the intersection to try to stop them.

Skirmishes between the two groups followed, before protesters eventually dispersed. 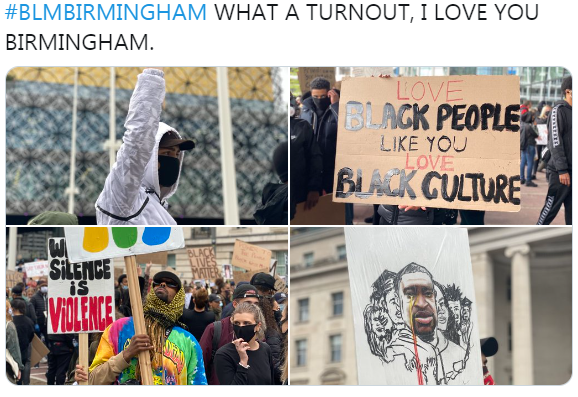 Today peaceful protests took place in other parts of the country, including Birmingham.

Many hope the killing of George Floyd will be the catalyst for structural reforms in the UK, as well as the US.

People are determined to keep the pressure on authorities to achieve that, with protests against racism and police brutality throughout the UK this weekend, including two in London. On Saturday people will show their solidarity with the Black Lives Matter movement in Parliament Square, and on Sunday outside the US Embassy.

* Laura Bootham is a freelance journalist in London who formerly worked for RNZ.