President Donald Trump says he will be issuing a temporary suspension of immigration into the United States. 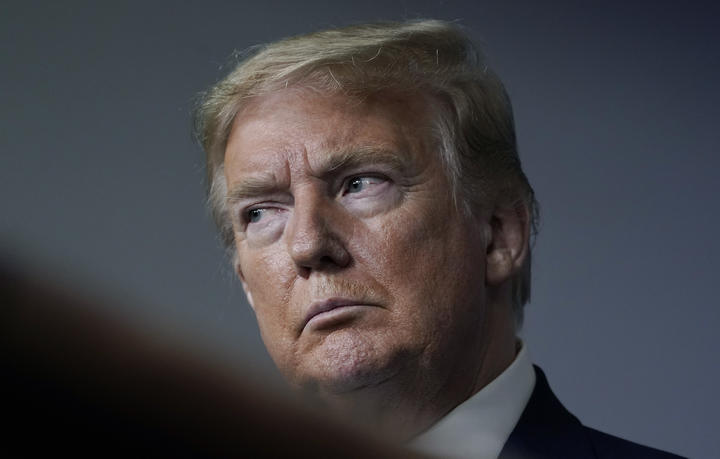 The measure will be in effect for 60 days and then be re-evaluated, Trump said.

The Republican president said his administration will be examining additional immigration-related measures "to protect American workers."

"As we move forward we will become more and more protective of them," Trump said at the daily coronavirus news briefing. "This pause on new immigration will also help to conserve vital medical resources for American citizens."

Trump announced in a tweet on Monday night that he would be banning immigration because of the coronavirus and to protect American jobs.

Opponents saw the move as an attempt to use the crisis to fulfil a long-term Trump policy of goal of reducing legal and illegal immigration. Any move by Trump to restrict legal immigration will likely trigger legal challenges.

A senior administration official, speaking on condition of anonymity, said the order will include exemptions for people involved in responding to the coronavirus outbreak, including farm workers and those helping to secure US food supplies.

The official said as the country begins to open up its economy, immigration flows were expected to increase, and the administration wanted to ensure that employers hire back fired workers rather than giving jobs to immigrants at lower wages.

Trump won the presidency in 2016 in part on a promise to build a wall on the US border with Mexico, and immigration issues rile up his political base.

The official said work on the order was in advanced stages, with extensive input from the Departments of Labor, State, and Homeland Security.

"As President Trump has said, 'Decades of record immigration have produced lower wages and higher unemployment for our citizens, especially for African-American and Latino workers.' At a time when Americans are looking to get back to work, action is necessary," White House spokeswoman Kayleigh McEnany said in a statement.

The US Department of State issued roughly 462,000 immigrant visas in fiscal year 2019, which began on 1 October, 2018. The visas allow an immigrant to obtain lawful permanent resident status in the United States, informally known as a green card. The status allows a person to live and work in the United States and apply for citizenship after a five-year period.

Under a separate immigration action, technology industry workers with H-1B visas may need to provide updated certifications to the government that they are not displacing American workers. That was one of a handful of proposals being looked at.

Early in his presidency Trump issued an executive order directing the Department of Homeland Security, which oversees US Citizenship and Immigration Services (USCIS), to tighten its policies on H-1B visas, which are used heavily by the tech industry to bring over skilled workers.

Critics of the visas say they have been monopolized by staffing firms that bring over workers that displace Americans, often in back-office technical jobs. But the visas are also used by the healthcare and education sectors and other businesses recruiting workers who generally have bachelor's or higher degrees.

The United States has more coronavirus cases than any other country by far. Immigration advocates scoffed at the contention that cutting off immigration was being done to protect Americans' health.

Immigration is effectively cut off anyway at the moment through border restrictions and flight bans put in place to stop the virus's spread.

"I think this is a malevolent distraction," said Neera Tanden, president of the Center for American Progress, a left-leaning policy institute in Washington.

Andrea Flores, a deputy policy director with the American Civil Liberties Union, which has sued over a number of Trump immigration policies, said Trump appeared "more interested in fanning anti-immigrant flames than in saving lives" with his latest proposal.

The Trump campaign plans to highlight immigration again in the 2020 election battle. But Reuters/Ipsos polling shows that, among Republicans, the percentage of people who see immigration as the most important problem facing the United States has declined in recent months, with concerns about the economy taking greater prominence.