Italy has recorded 969 new coronavirus deaths, its highest daily figure in the outbreak so far. 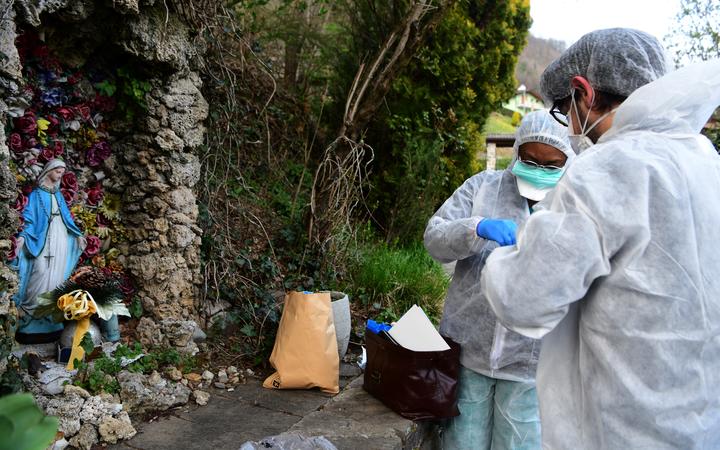 Doctors in Lombardy, Italy, put on protective clothing to prepare for a home visit during the Covid-19 outbreak. Photo: AFP

It means 9134 people have now died from the virus in the country.

Earlier World Health Organization chief Tedros Adhanom Ghebreyesus said a "chronic global shortage" of protective equipment was one of the "most urgent threats" to the ability to save lives.

Italy is the worst-affected in Europe. Almost everything has been closed and people told to stay at home.

Earlier on Friday, authorities warned that restrictions were likely to be extended beyond 3 April.

What is the latest from Italy?

The hardest hit northern region of Lombardy saw a sharp increase in deaths from Covid-19, the disease caused by the virus, following a decline on Thursday that had raised hopes the outbreak there could have peaked.

Friday's number also included 50 deaths recorded on the previous day in the north-western Piedmont region, but which were not submitted in time for Thursday's update.

There were 4401 new confirmed cases recorded, slightly lower than Thursday's figure but still well up on the numbers from earlier in the week.

The BBC's Rome correspondent Mark Lowen says that progress in tackling the outbreak is proving slow and uneven.

Fears are also growing of an increase in cases in the poorer south of the country.

On Thursday, Vincenzo De Luca, president of the Campania region around Naples, said the central government had not provided promised ventilators and other life-saving equipment.

"At this point there is the real prospect that Lombardy's tragedy is about to become the south's tragedy," he said.

The same day Prime Minister Giuseppe Conte said all of Europe would be hit by a severe recession. He promised a second stimulus package for Italy worth at least $NZ 45 billion.

What is happening in Spain? 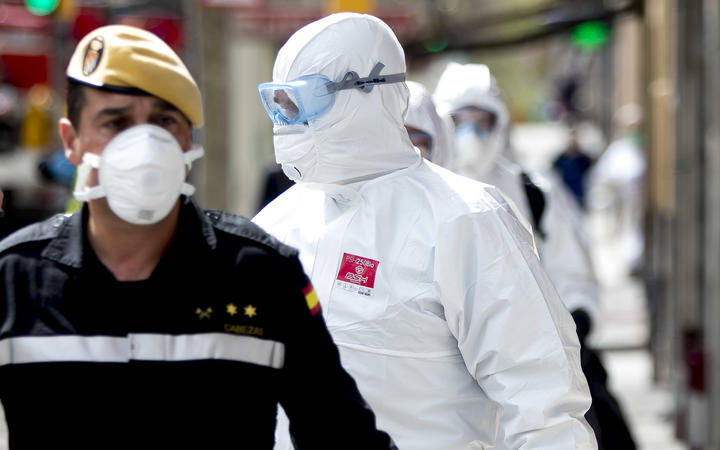 Spain - Europe's second worst-hit country - has seen a sharp rise in the number of deaths but the rate of new infections was stabilising, officials said.

Confirmed cases rose to 64,059, a 14 percent increase compared with 18 percent a day earlier and 20 percent on Wednesday.

In 24 hours, 769 people died, a daily record, taking the total to 4,858. The Spanish government has extended the state of emergency until at least 12 April.

People's movements are severely restricted and most shops and businesses closed.

Across the country, the army has been deployed to deep-clean hospitals and other facilities - including some 900 nursing homes where at least 1517 deaths have been recorded.

In France, Prime Minister Édouard Philippe raised the alarm over an "extremely high wave" of new infections, saying the epidemic that started in the east was now in the Paris region.

Hospitals could reach saturation point around the capital within 24 to 48 hours, the Hospital Federation of France said. Some 1.2 million residents in the Paris area have left in the past week, according to data analysed by mobile phone company Orange.

What about the rest of the world? 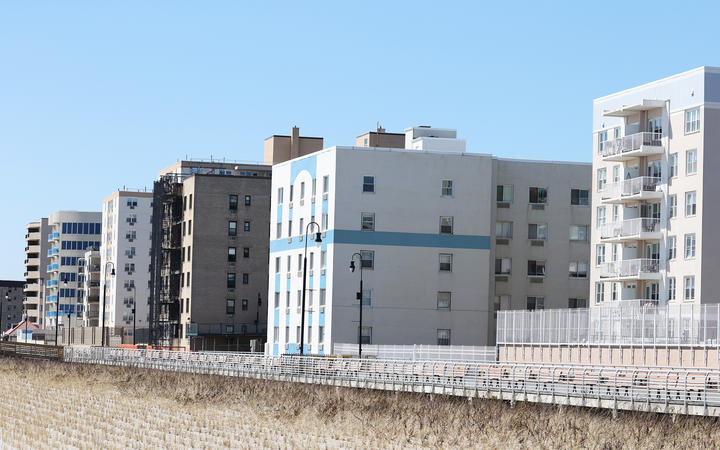 The boardwalk at Long Beach, New York, has been closed due to the coronavirus outbreak. Photo: Getty Images/ AFP