By Aradhana Aravindan and John Geddie

Getting within a metre of another person at a restaurant or a shopping queue in Singapore can now land you in prison under some of the toughest punishments seen worldwide to implement social distancing during the Covid-19 coronavirus pandemic. 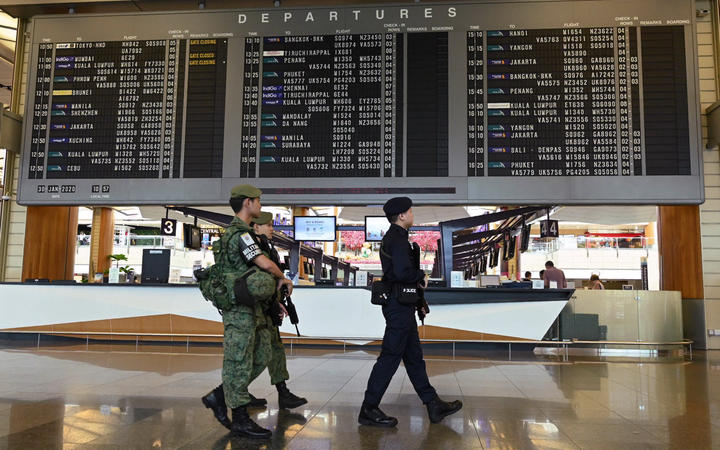 The city-state's no-nonsense approach and extensive surveillance during a two-month-long virus battle has won international praise and had allowed it to largely avoid curtailing daily life until a surge of cases in the last week.

But confusion over some of the new measures has seen some call for a clearer stance such as total lockdowns like those seen in Britain, France and Italy.

"Easier to lockdown than to have so many new rules to remember," Facebook user Meng Yang commented on a local news article about the new measures.

Others questioned whether the rules would apply to public transport during busy commuting hours or between family members.

"I can't sit opposite my son or wife as well? Will my son be jailed? He is only seven," another user Damian Chee wrote.

The updates to Singapore's powerful infectious diseases law which came into effect on Friday have been accompanied by other measures such as shutting bars and limiting gatherings to up to 10 people outside work and school.

Singapore is well known for its strict rules: fines can be doled out for everything from feeding birds to forgetting to flush a public toilet.

Authorities have said more drastic measures may be needed if locals do not take social distancing seriously.

Singapore reported 73 new cases on Wednesday - its biggest daily jump - and a further 52 infections on Thursday, taking its total to 683.