An 180kg turtle named Yoshi has excited scientists, who tracked her remarkable journey halfway around the world after she was released from 20 years in captivity. 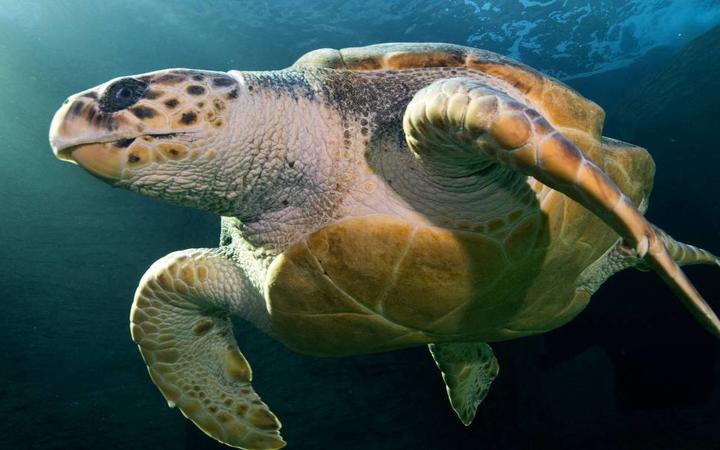 Yoshi's journey is believed to be the first recorded movement of a sea turtle between Africa and Australia. Photo: Two Oceans Aquarium / Jean Treston

It's believed the loggerhead turtle may be Australian, after she made a determined 37,000-kilometre swim across the Indian Ocean to a turtle nesting site on Western Australia's Pilbara coastline.

Scientists, who began tracking her journey from Cape Town two years ago, believe Yoshi may have wanted to return to her original hatching site to breed and nest.

Sabrina Fossette, a research scientist from WA's Department of Biodiversity, Conservation and Attractions, said it was very exciting.

"This turtle spent 20 years in captivity and still, you put her in the water and she suddenly remembers she probably has something to do on the other side of the ocean and just starts crossing it," Dr Fossette said.

WA scientists will next week attempt to locate the turtle, to obtain biopsy samples to determine her origin, check her health, and to replace the satellite tracking device, which is nearing the end of its life.

"This satellite has been working for two years but might stop at any time, particularly when the turtle is close to the shore," Fossette said.

'She crept into everybody's hearts'

Yoshi arrived at Cape Town's Two Oceans Aquarium after crew on a Japanese fishing boat found her with a damaged shell.

"They contacted the aquarium to ask if we could please come and fetch this little turtle," aquarium chief executive Maryke Musson said.

"At the time, the aquarium had only been open for two years, so we did not really anticipate keeping sea turtles on display.

"We did not know all that much, but she crept into everybody's hearts, and settled down really quickly.

"And she had an enormous personality." 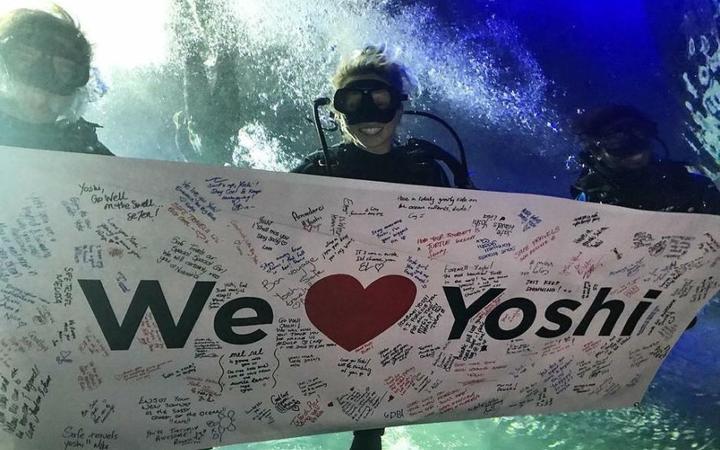 The aquarium staff learned a lot about caring for injured turtles from Yoshi, but soon also started getting requests to help more and more stranded and injured turtles.

Musson said the aquarium had rehabilitated and released more than 600 sea turtles in the past 10 to 12 years.

The aquarium's rehabilitation program was so successful, attention eventually turned to whether Yoshi herself should be released back into the ocean.

By then, she had grown to 180kg with many decades of life still potentially ahead of her.

"She was coming to an age when she was probably sexually mature and we were wondering whether she would actually adjust back to life in the wild," Musson said.

Other large turtles were rehabilitated and released successfully, so the aquarium decided to prepare Yoshi for release - with a strict exercise regime.

"Early on, we actually trained her to feed on a target, because she quickly caught on that she was getting food from divers, so she actually started harassing anybody in her big exhibit," she said.

"So by training her on a target, it allowed us to do any sort of investigation, have a quick look at her, give her a health check-up, and then of course get her to move around in the exhibit, chasing a target."

The training continued for 18 months, until December 2017 when, after a farewell party, aquarium staff working with South Africa's Department of Environmental Affairs fitted Yoshi with a satellite tag and released her 30 nautical miles off Cape Town.

"[We] put her back in the ocean, waved goodbye, and she swam off," Musson said.

"Since then we've been following her and it's been an incredible journey.

"We had no idea where she was heading, because of course we had no idea from which loggerhead population she was from." 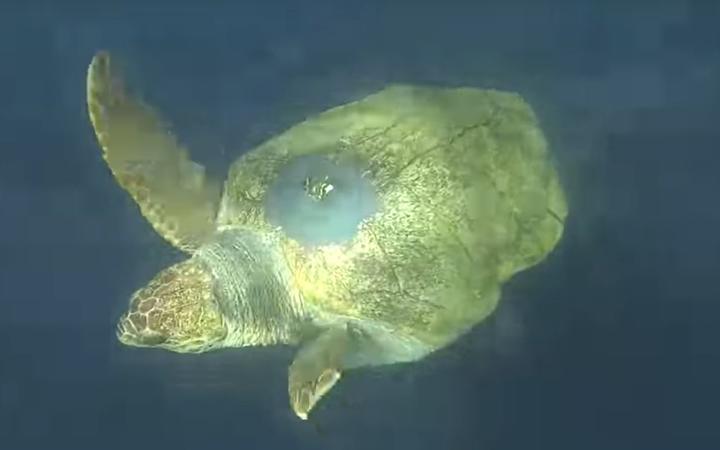 Yoshi spent her first year swimming up the west coast of Africa, to Angola, before turning around and returning to Cape Town. Then she headed across the Indian Ocean for Australia.

"We are thrilled because of course she's protected over there. There are lots of sea turtles, and it seems as though there is a lot of food for her to eat," Musson said.

"And what's also incredible is the interest - by everybody."

The aquarium contacted the WA government, and its scientists then started watching Yoshi too.

Currently, Yoshi is just off the Pilbara coast near Point Samson.

"She's been swimming around in a smallish area for two days now and she's very, very close to the coast.

"Now that she's actually stopped we think we can give it a go and try to jump on a boat and try to find her and maybe even catch her.

"We think we will give it a go but we need to be a bit lucky to find her. But who knows?"

Fossette said if Yoshi was an Australian turtle, she was in the right place, close to a known turtle nesting site.

"She's a bit late for this nesting season, so she probably won't nest this year, and anyway after swimming 37,000km, you probably need to feed a little bit and eat a little bit and put on some weight before laying eggs," she said.

Yoshi gathers support on her journey

Musson said Yoshi's journey had been followed, and celebrated, around the world.

She said it was believed to be the first recorded movement of a sea turtle between Africa and Australia.

Yoshi also navigated, and survived, hazards such as plastic pollution, fishing gear and vessels, swimming around 50km a day.

"It's a very impressive distance for a turtle her size," Musson said.

"When we released her she was 180kg, which is on the bigger side for an adult loggerhead.

"I think it's helped her a lot, it's kept her safe and she's strong.

"We are incredibly proud of what she's done and what she's achieved thus far."