It's a time of 'shell-ebration' for one Waikato couple who have been reunited with a long-lost turtle that disappeared seven years ago. 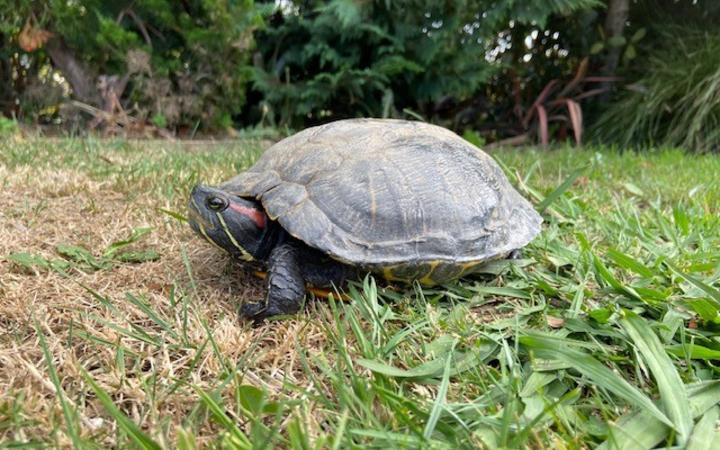 Murtle the turtle was missing for seven years after going walkabouts from her Whatawhata home. Photo: RNZ / Anneke Smith

Murtle the turtle went walkabout from her Whatawhata home in 2012 and never came back.

Long after her family had given up hope of ever seeing her again, the red-eared slider was spotted by a local couple on a Whatawhata roadside.

The couple then knocked on Caitlin Crossland's door, who lived nearby.

"They said they didn't know who the owners were, but they were looking around," she said.

"I offered that if they didn't find the owners I could take it for a night or so because I know a little bit about taking care of turtles."

The then-unidentified turtle was eventually returned to Crossland for the evening after a fruitless search for her owners.

It wasn't until the family put a missing post on social media that Kaylene and Michael Buck got in touch. 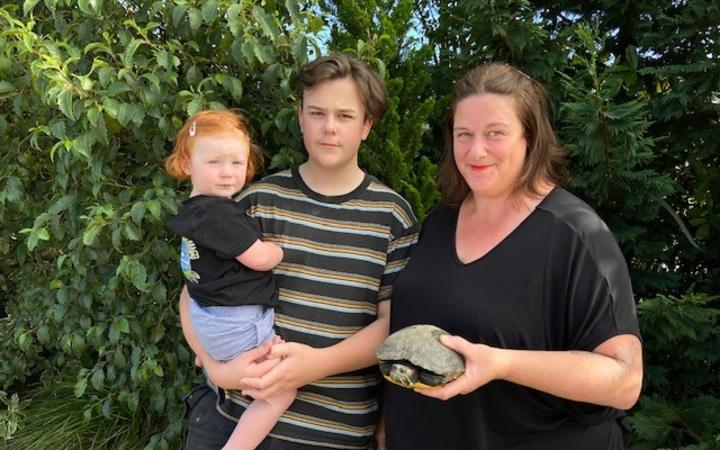 Murtle was reunited with her family after seven years. Photo: RNZ / Anneke Smith

Back in 2012, while cleaning their pond, the Buck's turtles called Murtle and Max had made a break for it.

"We spent ages and ages looking for them, we'd been looking for days and weeks and we left the enclosure open hoping that they would come back," Kaylene Buck said.

"Then eventually, after about a year we took all the pond out and everything because we thought they were never gonna come home, because they never did." 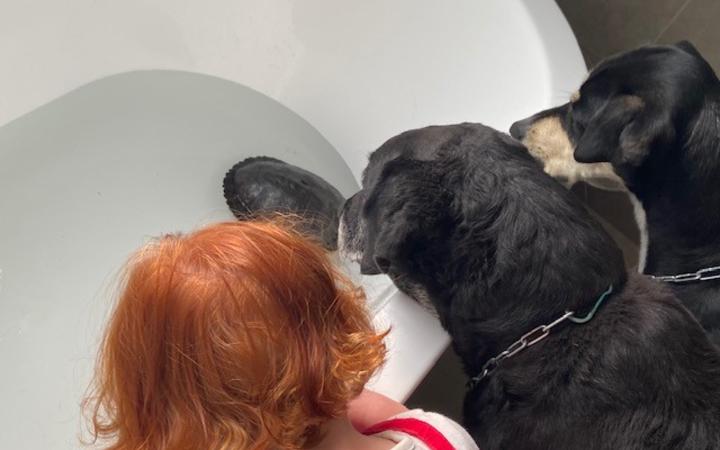 The family spent weeks looking for Murtle and fellow turtle Max who's yet to return. Photo: RNZ / Anneke Smith

She said her family eventually gave up the search for Murtle and Max, hoping they were living it up in a nearby stream or pond.

She couldn't believe her eyes when she saw that a turtle, who looked exactly like Murtle, had been found in the local area.

"When the lady said there's a turtle in Highbrook, I thought 'oh come on, what's the chances? Like, is that really our long-lost Murtle?'."

She popped down to Crossland's house the next day to find that the turtle looked exactly like Murtle, leading them to believe it was their long-lost pet.

The only remaining mystery for the Buck family is where Max the turtle has set up shop.