It's thought a sea turtle was the target of poachers in the Northern Marianas after it was found flipped over in nesting grounds on Saipan earlier this month. 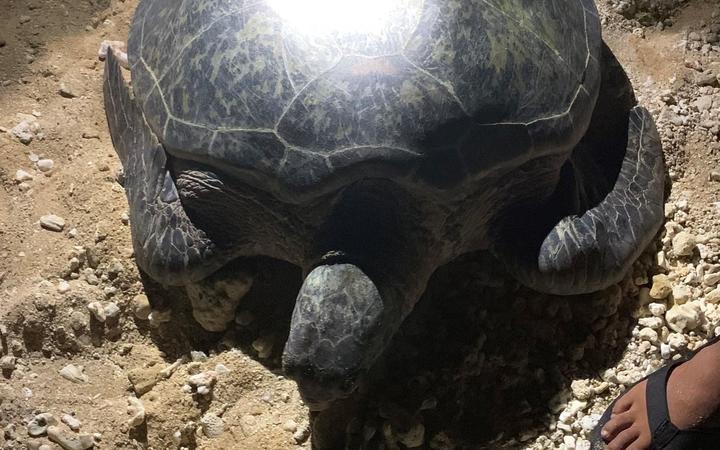 Lisa Sztukowski of the CNMI Endangered Species Program said the turtle, which was about to lay eggs, had been flipped over, indicating that it was likely the target of poachers.

The program is reminding people not to disturb sea turtles that are currently visiting their nesting grounds.

Only about 12 turtle nesting sites remain on Saipan.