Bio-security experts in Northland have come up with a new device to deal with growing numbers of turtles in the wild. 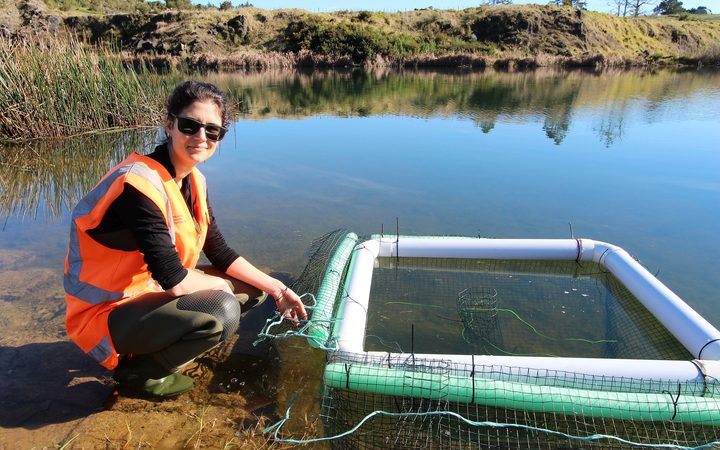 It's called the 'Tricky TurtleTrap': an invention forged not of number-8 wire, but swimming pool noodles, PVC piping and mesh.

Sightings of turtles in Northland waterways, especially red-eared slider turtles, have been increasing and they can do extensive damage to native fish and plants, according to the Northland Regional Council.

Some are escaped pets and some have been deliberately released by owners who no longer want them.

"Turtles are a very tricky pest to catch, given their ability to move in and out of waterways, and stay underwater for long periods," the council's biosecurity manager, Don McKenzie, said in a statement.

To outwit the cunning turtles, council staff have built a homemade turtle trap based on a US design.

A bait tower in the middle of the floating trap lures the turtles in but they have to climb over the mesh and an outer ring of pool noodles to reach it.

Once they are in, the pipe surface is too smooth for them to climb out and the mesh stops them from diving under - at least that's the theory.

An actual wild turtle has yet to be corralled but Mr McKenzie said the Tricky Turtle Trap would be deployed at the next report of a turtle on the loose.

Four have been handed in to biosecurity staff over the past two years.

"If they're tame we try to find the owner and tell them to contain their turtle more securely otherwise we try to rehome the animal.

"But if it's obviously a feral turtle and there's no home available, it will be euthanised," Mr McKenzie said.