Coronavirus is now spreading much more rapidly outside China than within the country, leading the world into uncharted territory, but the outbreak can still be contained, the World Health Organisation (WHO) said. 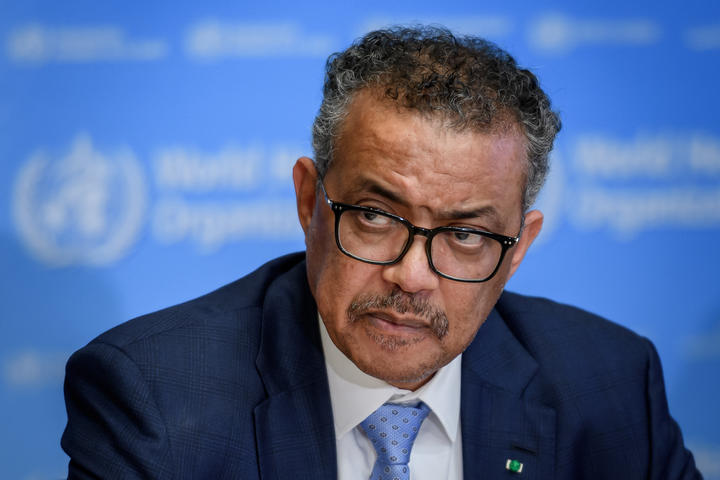 Almost nine times as many cases had been reported in the past 24 hours beyond China than inside, WHO chief Tedros Adhanom Ghebreyesus said, adding that the risk of coronavirus spreading was now very high at a "global level".

He said outbreaks in South Korea, Italy, Iran and Japan were the greatest concern, but that there was evidence surveillance methods were working in South Korea, the worst affected country outside China, and the epidemic could be contained there.

"We are in uncharted territory - we have never seen before a respiratory pathogen that is capable of community transmission but at the same time which can also be contained with the right measures," he told a news briefing in Geneva.

The fight against the coronavirus should become a bridge for peace, Tedros said, commending the United States for supporting sending medical aid to Iran despite the tensions between them.

Four more people have died in a coronavirus outbreak in Washington state, bringing the total fatalities there to six.

These are the only deaths due to Covid-19 on US soil. The northwestern state declared a state of emergency over the weekend.

Five of the deaths occurred in King County, where Seattle is the main city.

There are now 18 confirmed cases in the region, where there are growing fears of an outbreak.

Researchers who studied the first two Washington deaths had said the virus may have been spreading there for weeks, and suggested that up to 1500 people may have been infected.

Kathy Lofy, Washington state's health officer, said cases were confined to two counties - King and Snohomish - but that it was possible it was spreading elsewhere.

She said the virus was "actively" spreading in those two counties.

King County is to buy a hotel so it can isolate the growing number of patients in the region. 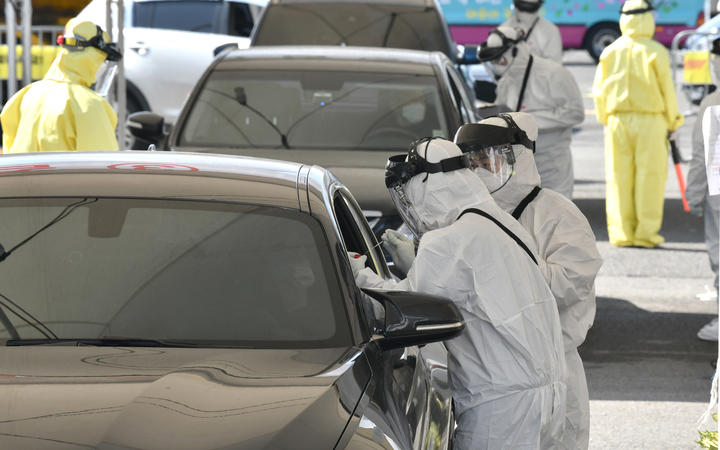 The global death toll was up to 3044, according to a Reuters tally.

South Korea has had 26 deaths and reported another 599 infections on Monday, taking its tally to 4335 following Saturday's biggest daily jump.

In China, Wuhan, at the centre of the epidemic in Hubei province, shut the first of 16 specially built hospitals, hurriedly put up to treat people with the virus, after it discharged its last recovered patients, Chinese state broadcaster CCTV said.

News of the closure coincided with a steep fall in new cases in Hubei, but China remained on alert for people returning home with the virus from other countries.

"The rapid rising trend of virus cases in Wuhan has been controlled," Mi Feng, a spokesman for China's National Health Commission, told a briefing.

"Outbreaks in Hubei outside of Wuhan are curbed and provinces outside of Hubei are showing a positive trend."

The virus broke out in Wuhan late last year and has since infected more than 86,500 people, mostly in China.

Outside China, it has in recent days spread rapidly, now to 53 countries, with more than 6500 cases and more than 100 deaths.

The death toll in Italy, the hardest hit European country, has jumped to 52 from 18 and the number of cases to more than 2000 from 1694, the Civil Protection Agency said on Monday.

The vast majority of Italy's cases are in the wealthy northern regions of Lombardy, Veneto and Emilia Romagna, although on Monday authorities in Rome said two people there had tested positive as well.

Another of the worst-hit nations, Iran, reported infections rising to 1501 on Monday, with 66 deaths, including a senior official. With stocks of gloves and other medical supplies running low in pharmacies, authorities uncovered a stash of hoarded supplies including millions of gloves.

Latvia, Saudi Arabia and Senegal reported their first cases. In Britain, which has 36 confirmed cases, Prime Minister Boris Johnson urged people to be prepared for further spread of the virus.